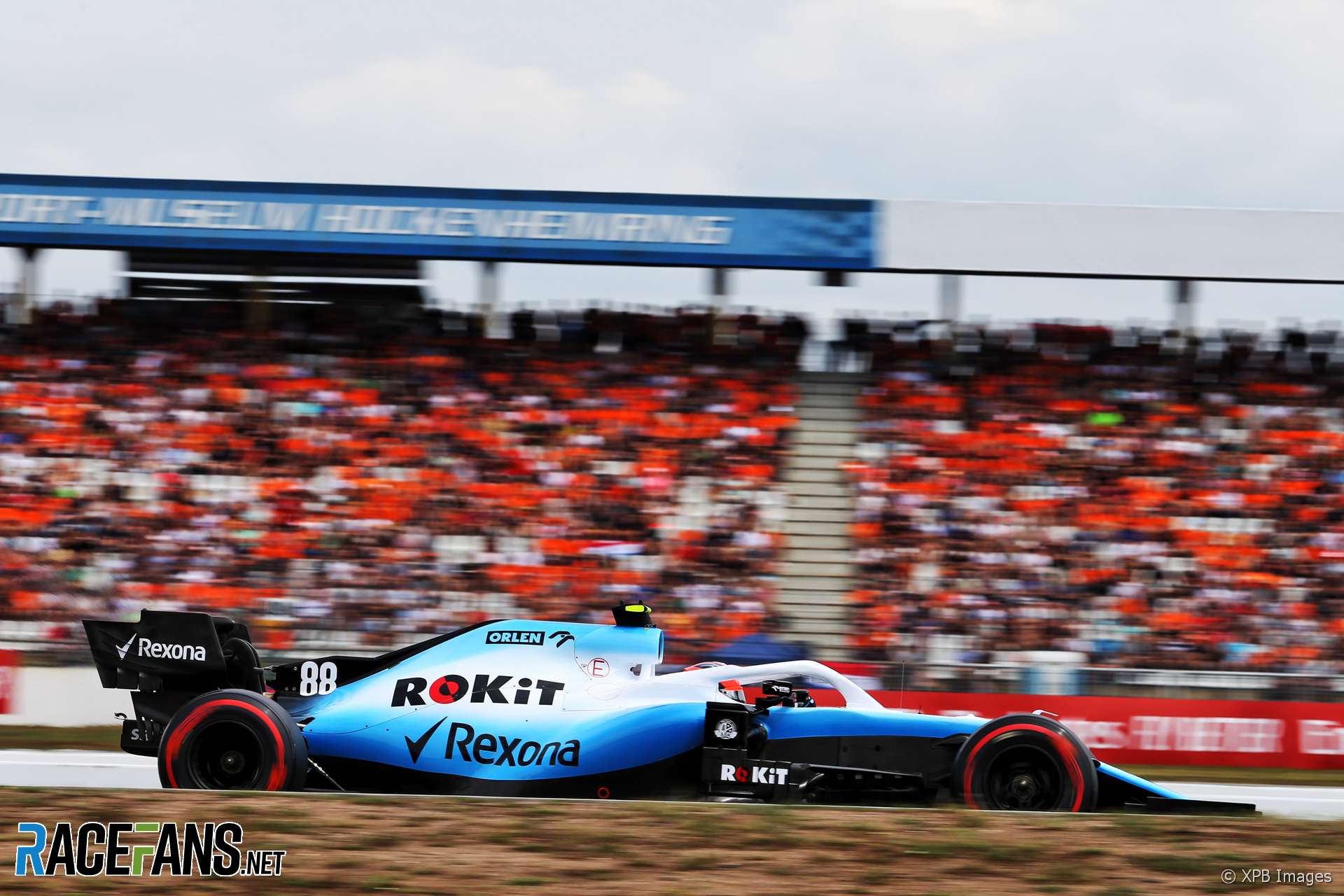 Williams hoped its upgrade package for the German Grand Prix would bring them closer to the rest of the field than it has done, says Robert Kubica.

He and team mate George Russell both ran the new upgrade in qualifying but the FW42s were the slowest cars again, lapping more than 1.2 seconds off their closest rival. Kubica admitted part of the gap was due to compromises the team had made after some of the new parts were damaged while running yesterday.

“We did have to compromise a bit the set-up for the issues we are having,” he said. “I went into qualifying with probably not the balance I wanted but that decision was made to try to protect the parts we are suffering with damage.

“The laps were quite OK although I lost due to the traffic a bit in the second run and due to understeer in the last few corners. I was very much on the edge and I lost there quite a lot of lap time, around two-tenths.”

Williams changed Kubica’s chassis overnight following the problems he experienced yesterday. “All the team here on track did a good job,” he said, “but still I would say the outcome is what it is.

“It’s a bit, I would say, not unexpected but probably there were higher hopes of getting the car closer to the rest of the grid.”

Part of the team’s problem is that “we were not in the position to extract the maximum” from the upgrade, Kubica added. “Maybe it does not deliver the gain as some people hoped.

“Another factor is that we keep forgetting we are racing against the others and the others are improving. If you make a step forward but the others are making another step forward, even two steps forward, it looks like we haven’t made it but the reality is that everybody moved forward. [Formula 1] has been always like this.

“The fact is if we want to see significant improvement we need to move three steps forwards while the others are doing one. The one thing guaranteed in Formula 1 is that most of the teams are improving through the year so you have to make sure you improve more than the others in order to close the gap.”

6 comments on “Williams hoped for bigger gain from upgrade – Kubica”