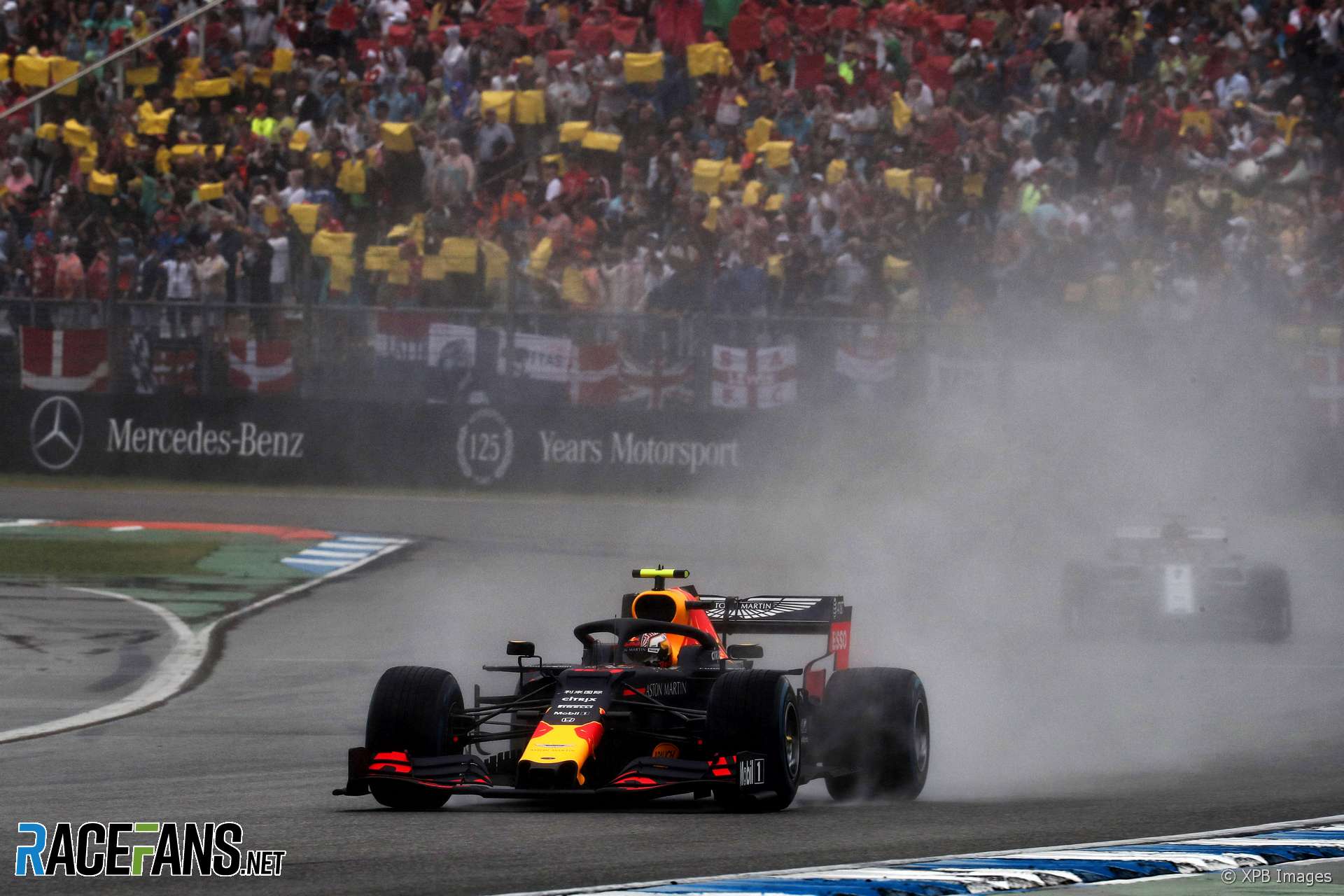 Red Bull team principal Christian Horner revealed Pierre Gasly made a string of similar mistakes at turn one during the German Grand Prix.

Horner described Gasly’s weekend as “a bit up and down”. He crashed in practice but “had a strong qualifying”. Like team mate Max Verstappen his start was poor due to a problem with his engine mapping.

Then he had “a difficult first pit stop” said Horner. “There was a problem with the right-rear wheel nut. And then they had to hold him because the whole queue of cars came in.”

However Gasly made life difficult for himself with a series of similar mistakes after switching to slick tyres.

Gasly’s errors were not quite consecutive: They occured on laps 49, 50 and 52. He then failed to see the chequered flag after colliding with Alexander Albon’s Toro Rosso.

“They tripped over each other which was frustrating because it was a good opportunity today to take a lot of points out of Ferrari,” said Horner. “So instead of taking 20-odd points out of them we’ve only taken seven or eight.”

Horner said the team needs Gasly to raise his game if they are to stand a chance of beating Ferrari to second place in the constructors’ championship. “I think if we can start double-scoring, that’s our target the second half of the year, to really close that close that gap down.”

Red Bull trail Ferrari by 217 points to 261. Gasly has scored 55 points in his first season for the team so far.

How is the ‘silly season’ shaping up? Read @DieterRencken’s take on the 2020 F1 driver market in his new RacingLines column today on RaceFans

22 comments on “Horner: Gasly went off three times at turn one”