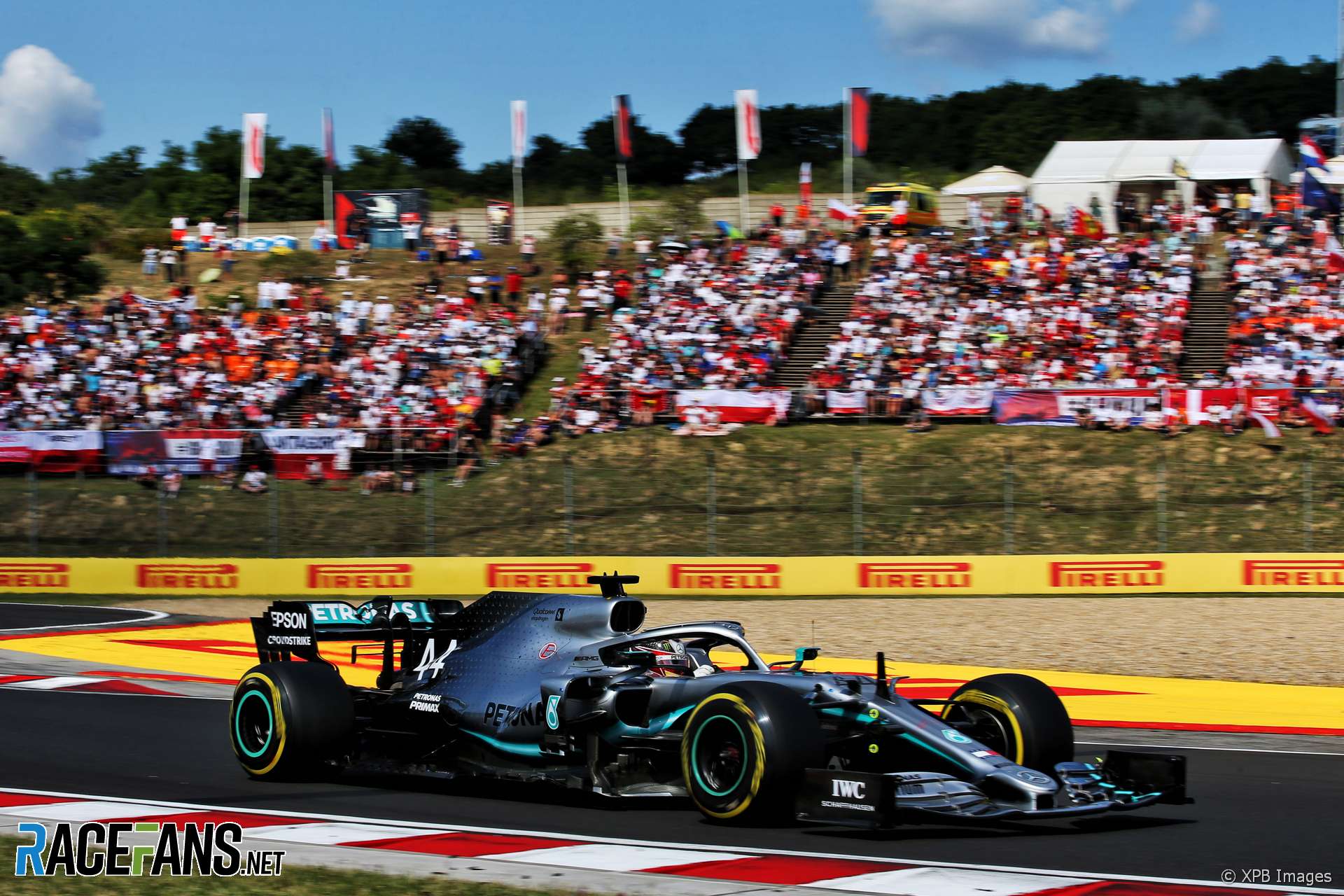 Mercedes were concerned Lewis Hamilton would be unable to catch Max Verstappen after bringing him in for an extra pit stop during the Hungarian Grand Prix.

Hamilton was put on a second set of medium in the second half of the race as the team tried to give him a lap time advantage which would help him pass the race-longer leader. However he did not gain enough time in the first laps after he pitted, which left Mercedes concerned he would run out of laps to catch Verstappen.

“We were very much in doubt because we knew we needed to catch up a second per lap,” said team principal Toto Wolff. “And there was a stage when Max was turning up the engine and he was matching Lewis’s time, a 19.5. And when [Peter Bonnington, Hamilton’s race engineer] told him that it was an equal time you could almost hear the disbelief in Lewis why we went for the second stop.

“But then somehow he put himself back in the right frame of mind. Probably we motivated him over the radio. One thing his father once said to me: There’s just one sentence you need and it’s ‘you can do it’.

“We knew that he could do it. And even if the plan had said we were just running out of laps we felt that by telling him that we would be catching him we would maybe help. And that’s exactly what happened.”

Wolff praised the strategy team for the decision to bring Hamilton in a second time and said it showed the team had learned from its mistakes in the German Grand Prix last week.

“It was a brilliant execution of the strategy team,” he said. “We discussed all variants in the morning and the two-stop seemed pretty much uncompetitive. But then they reacted in the right way.

“All the learnings that we took from Hockenheim with the radio discipline – the strategists working in the background would come up with options and then James Vowles evaluating them and then all of us giving the input – were great today.

“At that stage Lewis was catching up to Max and looked like he could overtake him on the hard tyre. But we were too marginal on brakes and we couldn’t continue to follow him in the way.

“The only option in order to avoid P2 was to take a risk in the hope that the medium tyre would create an offset. In the beginning it didn’t seem that it would. And from then on the moment Lewis sniffed the possibility there was no holding back.”