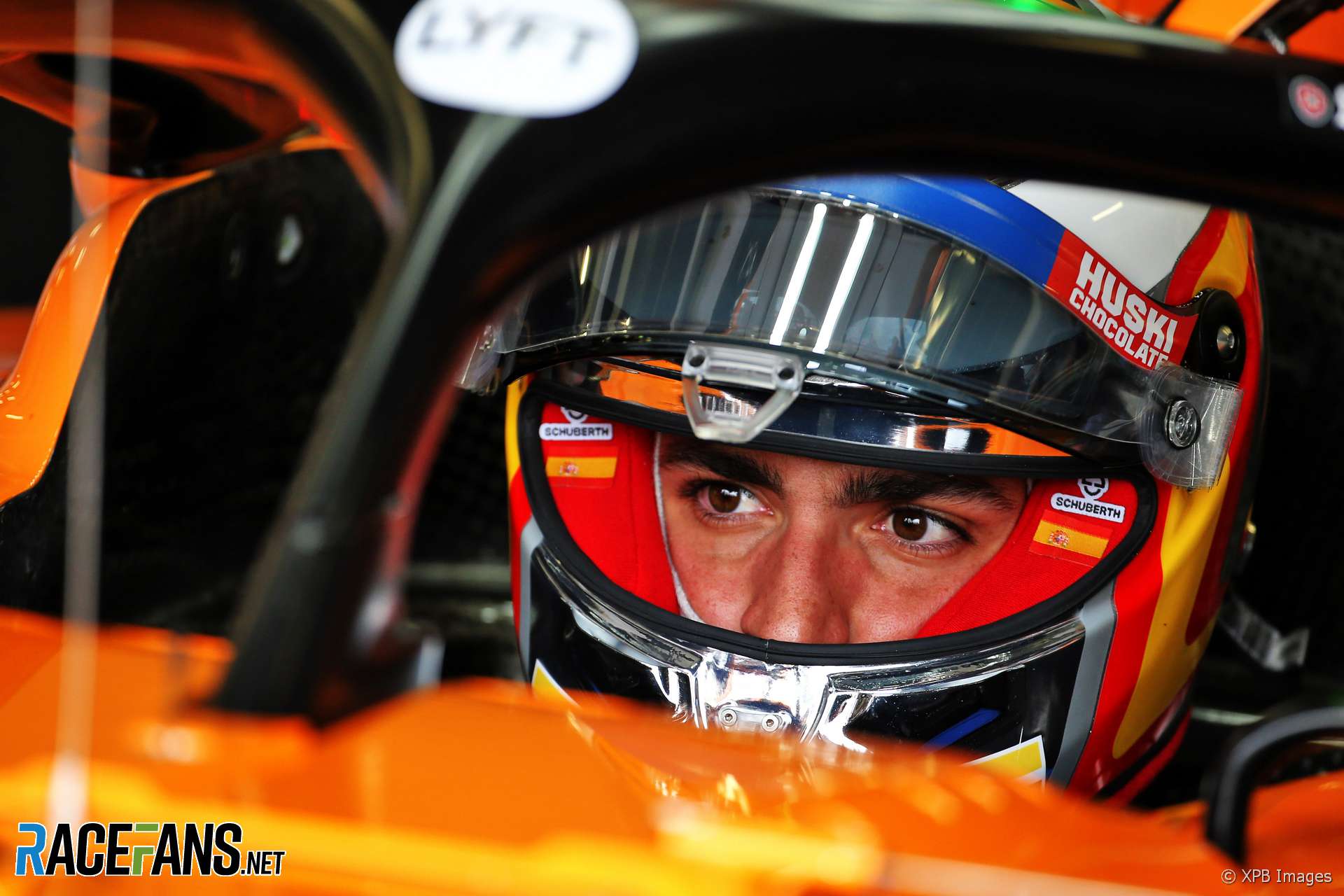 Carlos Sainz Jnr says he can be pleased with how his season has gone since his “unlucky” first few races for McLaren.

After failing to score in all of the first three races, Sainz has only finished outside the top 10 once in the following races, when he came 11th in Canada.

“Given how bad it started, the first few races, and how unlucky I was during those first two or three races, to be where I am at the moment I think it’s really positive,” said Sainz.

“The key there was to not over-react to the first two races, just keep doing what I was doing, and as soon as the luck turned around a bit the results started coming. And since then, honestly, since Baku, it’s been a very strong season so I can’t complain.”

However Sainz, who leads his midfield rivals comfortable in the constructors’ championship, said it hasn’t been a straightforward season since then.

“In the first race my first engine failed 10 laps into the first race of the season. That’s part of the unlucky situation: The penalties that I had to take in Austria that we managed to recover well with an eighth place finish.

“It hasn’t been an easy, straightforward first half of the season. There’s been very little times when we’ve been the fourth-fastest car also so we’ve had to make our way through on race days and it’s made the season particularly interesting and particularly good on Sundays.

“But at the same time I feel like the race team is performing at a very high level on Sunday with strategy, with preparation. I’m performing well on Sundays so in the end we keep bringing points.”