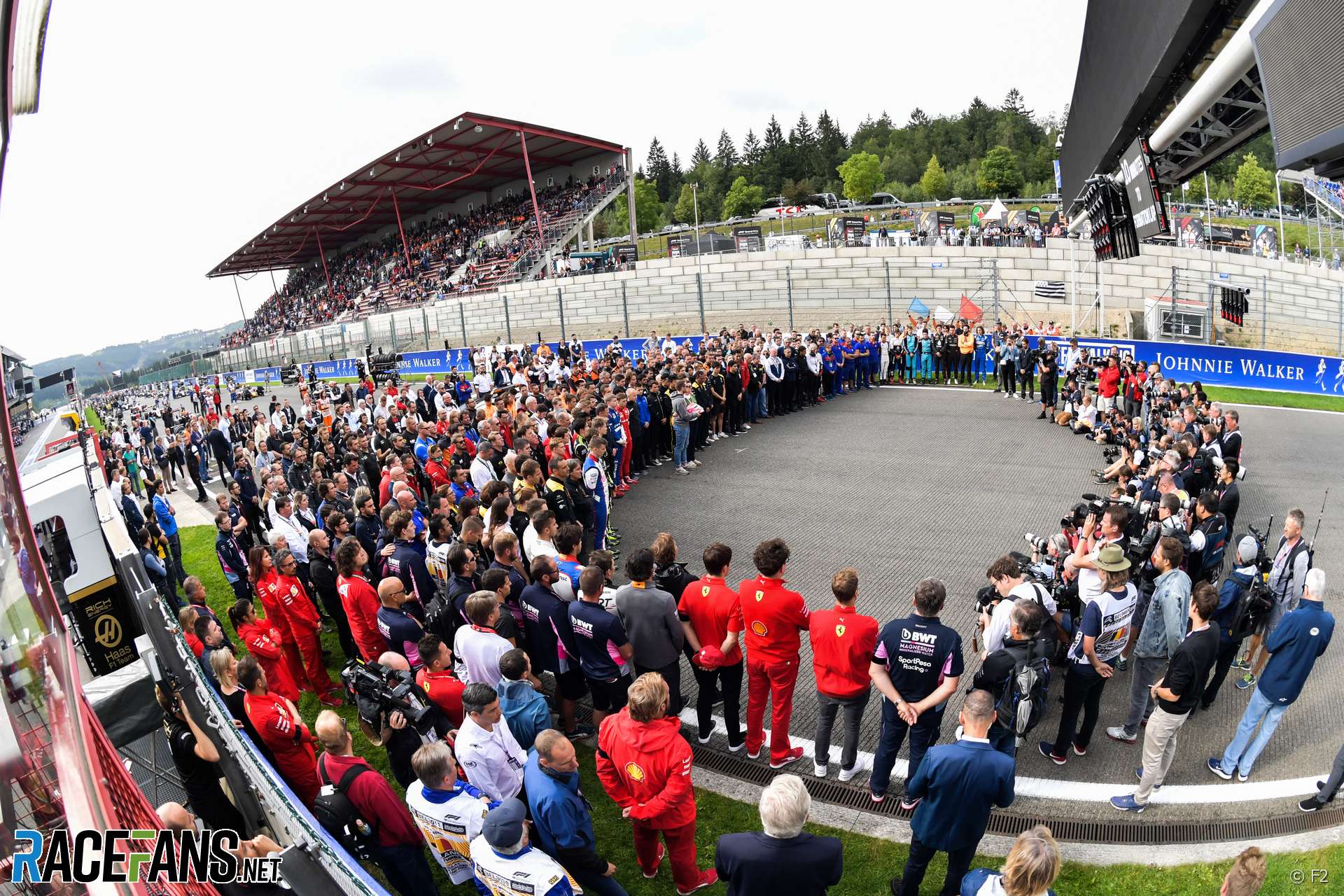 The tragic events of Saturday cast a pall over the Belgian Grand Prix, writes @DieterRencken at Spa-Francorchamps.

Up and about and pack as I’m check out of Chez Luc today, planning on heading home once my race day commitments are done.

As I hit the road for the circuit in lightish traffic, it’s overcast with traces of early morning rain, but that’s expected to make way for dry, 25C skies clear by around 11am. As it turns out, the forecast is spot-on, which is a rare occurrence given the various micro weather patterns that swirl about the undulating Ardennes forests.

Breakfast, again at Ferrari. Why is this my regular early morning haunt? The fruit is ultra-fresh, pastries oven-soft and super-friendly staff welcome us at an early hour in a dedicated media hospitality unit, whereas other teams (understandably) feed their own first. Thanks Philip Morris and Ferrari for your hospitality! Then its paddock roam time, catching up on the stories behind the stories. 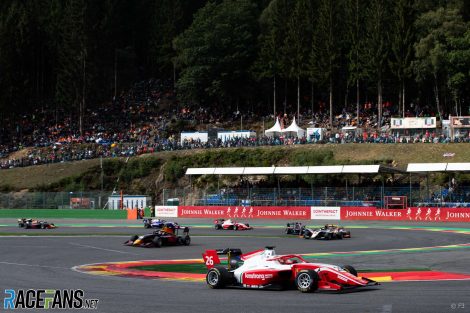 The F3 race has been postponed to 11am to fill the F2 slot, and of course collective breath is held as the field rushes down the hill and through Eau Rouge on the very edge of adhesion, on a coolish track, still damp in parts.

A few laps in, gasps followed by eerie silence: Simo Laaksonen has ploughed into and under the barriers, his car disappearing under rows of belted tyres. The Safety Car is deployed while the Finn is taken to the medical centre, but is declared fit – a massive relief given the weekend’s shocking events. But the question of why the car ‘submarined’ under the barrier, and whether that reduced its effectiveness in protecting the driver, is another question for the FIA.

Lunch at Pirelli with three colleagues. After buffet starter we all enjoy tagliata of black angus beef on a bed of mash, served with greens, followed by ice cream. Such get-togethers in a pleasant and informal environment enable us to swap notes away from the pressures (and prying ears) in the media centre while enjoying superb cuisine – so the meal serves a double purpose. At least, that’s my story…

I head for the grid at what is, in my book, the world’s greatest circuit. As I look around the vista resembles an Irish (or Indian) flag: seas of orange-clad fans, cloudy skies and verdant green forests.

Obviously the race build-up is an emotional affair. A minute of silence is held for Anthoine Hubert, and all the cars bear ‘19 Racing for Anthoine’ messages. F1’s professionalism comes to the fore at a time when there’s clearly little enthusiasm for the task ahead, be it amongst drivers – all of whom regard their fallen colleague as ‘one of us’ even if he was not (yet) at F1 level – or amongst team personnel. Still, all get their heads down, and the jobs done. 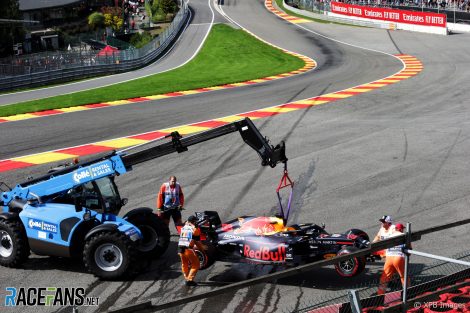 Max Verstappen thumps the Eau Rouge barriers. Once it’s clear he’s OK, my next thought is it will make my journey home easier, as quite a few ornage-clad fans will now be unwilling to hang around.

It was not the most scintillating of Belgian Grands Prix, though the race came alive in the final laps. However it delivered a fitting maiden win for Charles Leclerc, a closed friend of Hubert’s. He and Pierre Gasly, another member of France’s rich seam of young drivers, bore ‘RIP Tonio’ messages on their cars.

Indeed, Gasly and Anthoine had once lodged together, and during his post-race interview Pierre speaks movingly about the loss of his friend, the rawness of his emotions evident in every word. 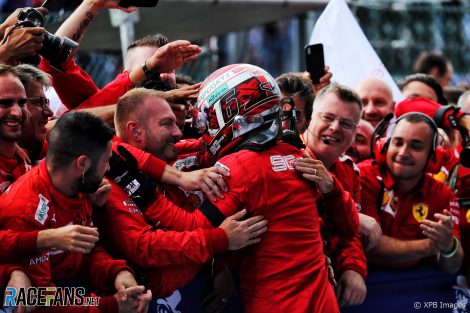 Race director Michael Masi gives his debrief after what is obviously the toughest weekend he has faced since stepping into Charlie Whiting’s shoes in March. He confirms an investigation into the Hubert crash is already underway, and obviously little more can be officially said on the subject until that has run its course.

Head for my car, dreading the journey home for last year the 140 kilometres took around four hours, three-quarters of which was spent in jams. Yet the roads are semi-clear, and I greet my eager beagles within two hours. Either the Belgian authorities developed a new traffic flow system, or the Verstappen hordes departed early – or both?

After that weekend, I’m simply pleased to be back. And there’s little time to rest before heading off to Monza shortly.