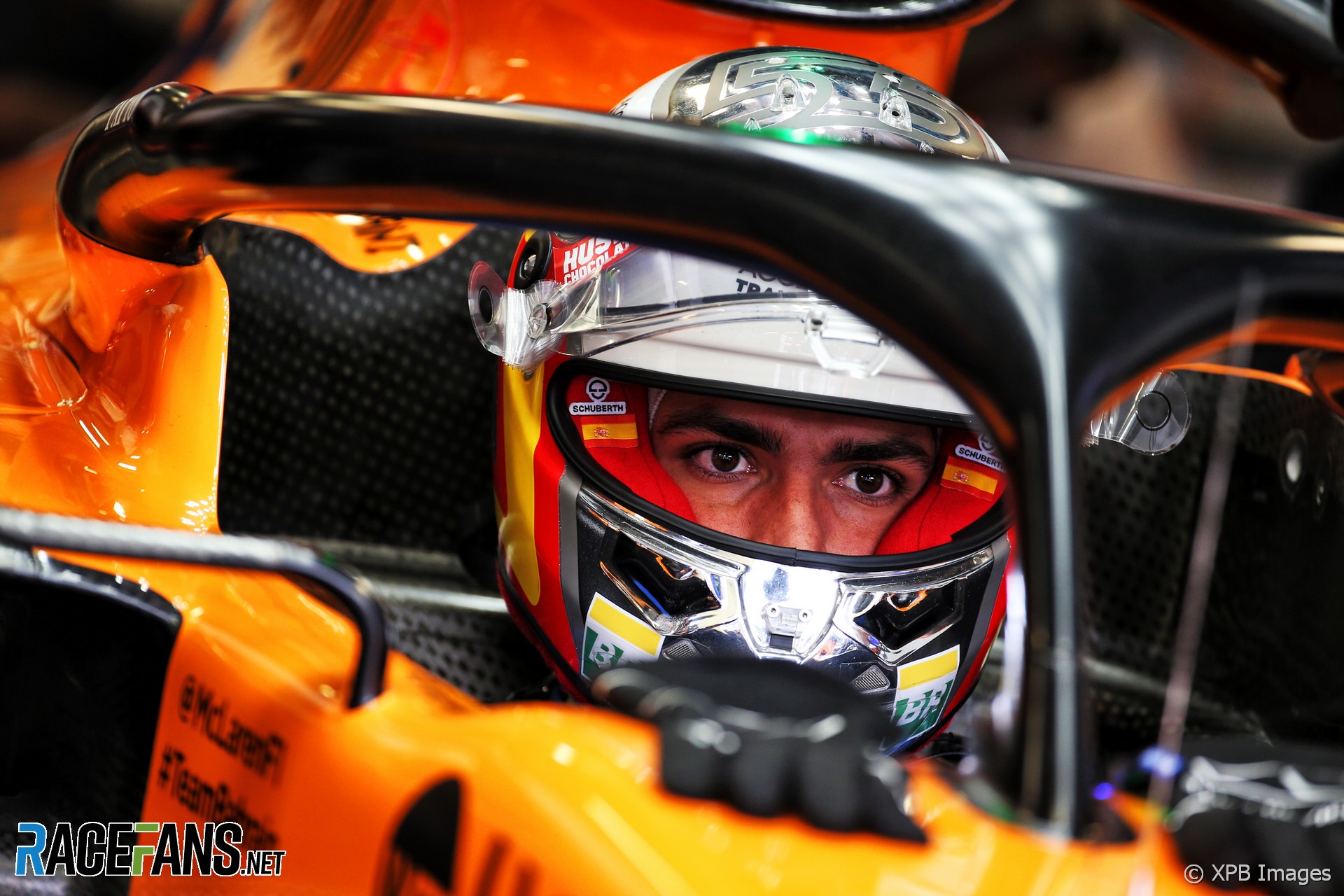 In the round-up: Carlos Sainz Jnr says he avoids thinking about the danger of Formula 1 because it might compromise his performance.

Sainz was asked how he deals with the danger of F1 racing:

I honestly don’t think about it. I might be right or wrong but I’ve never thought about danger in a Formula 1 car.

Yes you’ve thought, probably in a rainy race where you actually see nothing on the main straight of Hockenheim and you go 300 kilometres an hour seeing absolutely nothing, yes it’s risky, and you probably back out a bit of the throttle.

But you don’t think about it and about the consequences of a big accident because when you think about that, in my opinion, you will become slower. So I never thought about it.

40 years ago at Monza, Jody Scheckter became the last driver to win a world championship in a Ferrari until Michael Schumacher, more than two decades later. He took his 312T4 back onto the track today. #F1 #ItalianGP pic.twitter.com/ItUGeump6O

Amazing experience here at the #ItalianGP – trying to improve my lap times every day! #F1 pic.twitter.com/hJHe6rcepY

Italian Grand Prix, Monza 1970.
On the Saturday Jochen Rindt was tragically killed.
On the Sunday, Clay Regazzoni scored his first victory, for Ferrari, and the tifosi went wild. pic.twitter.com/hWKaTsMM6m

"De Vries, who had originally classified fourth, has been given permission to start tomorrow’s Feature Race in a position to be determined by the stewards."

"The traffic intensified as all the cars fed onto the track for their second stint, and it remained heavy for a couple of laps with less than 4 minutes left on the clock. Due to safety reasons the race director decided to red flag the session, which was then not resumed."

"His new role as CTO of Dallara Automobili S.p.A represents the fantastic opportunity to pursue his career closer to home, work across a remarkable breadth of racing and automotive projects and to continue developing the next generation of Italian engineering talent – an approach that Aldo fostered actively during his time with Mercedes."

Max Verstappen: "I definitely think this new engine is a good step forward and you can feel the extra power which is positive."

Toyoharu Tanabe: "In Belgium we introduced Spec 4 on two of our cars and here we have fitted it to the remaining two. We are planning to have all four cars race with it on Sunday and we will now work on analysing today’s data to prepare as well as possible for qualifying and the race on this unique high-speed track."

"Speaking of the advice she would give to those wanting to get involved in the sport, Vicky explained: 'go to races, watch them, try to work in the automotive business… even though it is difficult for budget reasons, try to live and breathe motorsport as much possible.'"

Is reviving the use of the ‘unsportsmanlike driving’ flag a change for the better?

I think it’s a good idea, this can effectively warn a driver who’s being over aggressive without disrupting the race order, it will also reduce these overused time penalties that for me detract from the sport.

For sure, if a driver do something blatantly aggressive, he can be punished straight with time penalty, but at least this flag can reduce the amount of silly penalties being handed for small infractions.
@Mmertens

7 comments on “Sainz: I don’t think about the danger because it would make me slow”