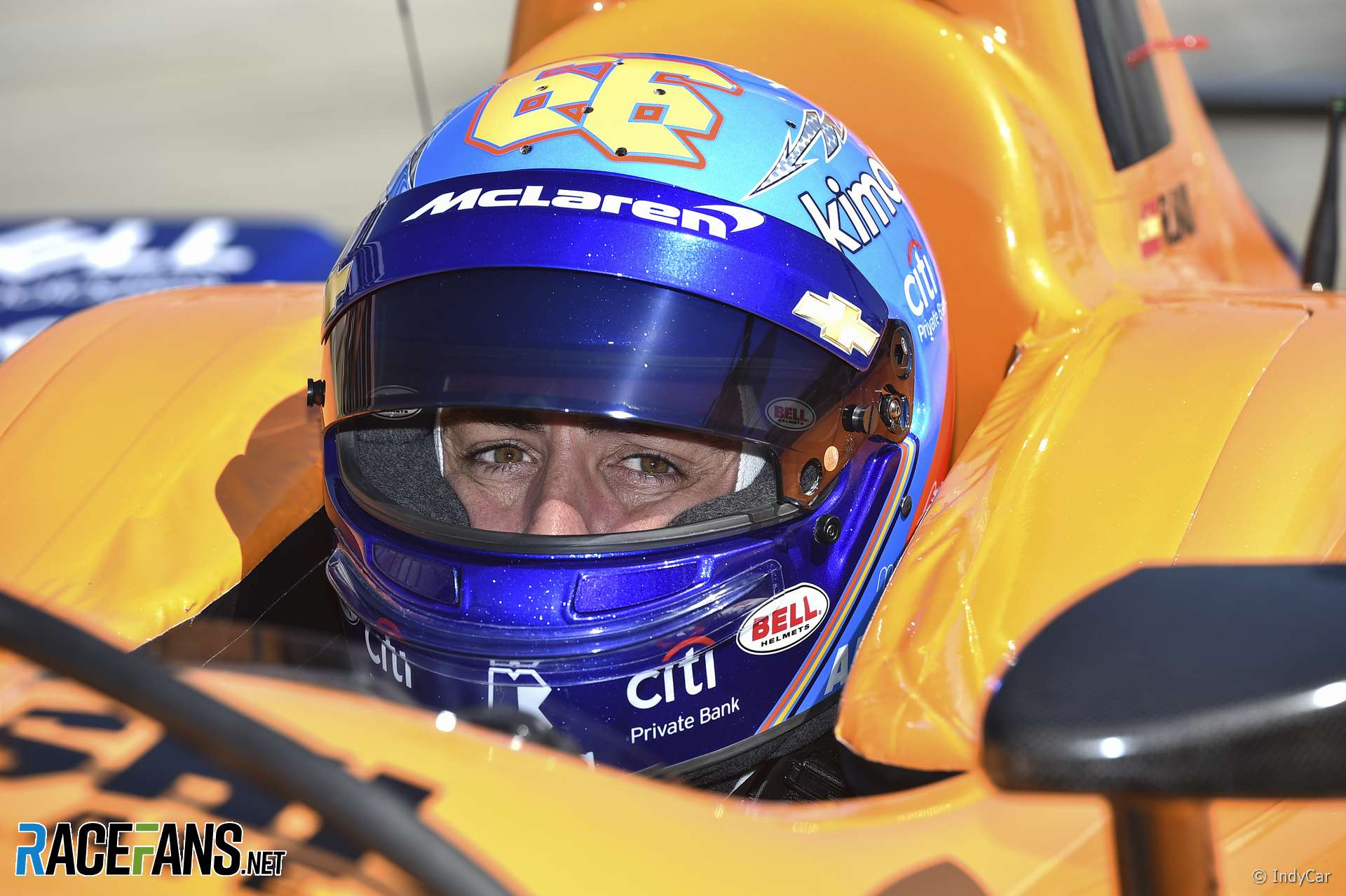 Fernando Alonso needs to commit to a full season of IndyCar to maximise his chances of taking a victory in the Indianapolis 500, according to this year’s winner.

Simon Pagenaud won the Indy 500 at his eighth attempt this year. He has been racing full-time in the series since 2012, and believes Alonso needs to do the same.

“It’s not easy to win Indy,” said Pagenaud. “It took me a few years. It took Tony Kanaan 13 years to make it happen. Ask Dario Franchitti, he’ll tell you.

“It’s one of the most difficult races to win because it’s once a year. It’s 500 miles, eight pit stops. You need a perfect team to do pit stops right, strategy to be perfect. You need the right engine that year, right team mates to help you set the car up.

“You can’t make mistakes on set-up otherwise you’ll be buried back there all day long. It’s a nightmare of a day when the car’s not good because you’re doing 400 [kilometres] an hour at the end of the straight and you’re following a fighter jet plane ahead of you with turbulence. So you’ve got to deal with all that.

“The temperature is a big problem too. The temperature rises, the car becomes very loose, the rear end slides a lot, it makes your life very complicated.”

Alonso has set himself the target of becoming the second driver in history to complete motorsport’s ‘triple crown’ by adding the Indy 500 to his victories in the Monaco Grand Prix and at the Le Mans 24 Hours. Pagenaud, who has also raced at Le Mans, says the Indy 500 is a much more competitive event.

“It’s just as complicated as winning Le Mans but imagine having 33 competitors just as good as you against you,” he said. “To me it’s probably the toughest race to win because of the competition and all the factors that come in play.

“Obviously it’s him, it’s his decision, his career, it’s what he feels is right. But to me I feel I need to be fully in, doing the full season with my team, knowing them and them knowing me, to have a chance to win Indy again and again.”

Alonso made his first attempt at the Indianapolis 500 with McLaren and Andretti in 2017, and led before retiring. However he failed to qualify in McLaren’s single-car entry this year.

Pagenaud goes into this weekend’s IndyCar season finale at Laguna Seca finale third in the championship, seeking to regain the title he previously won in 2016.