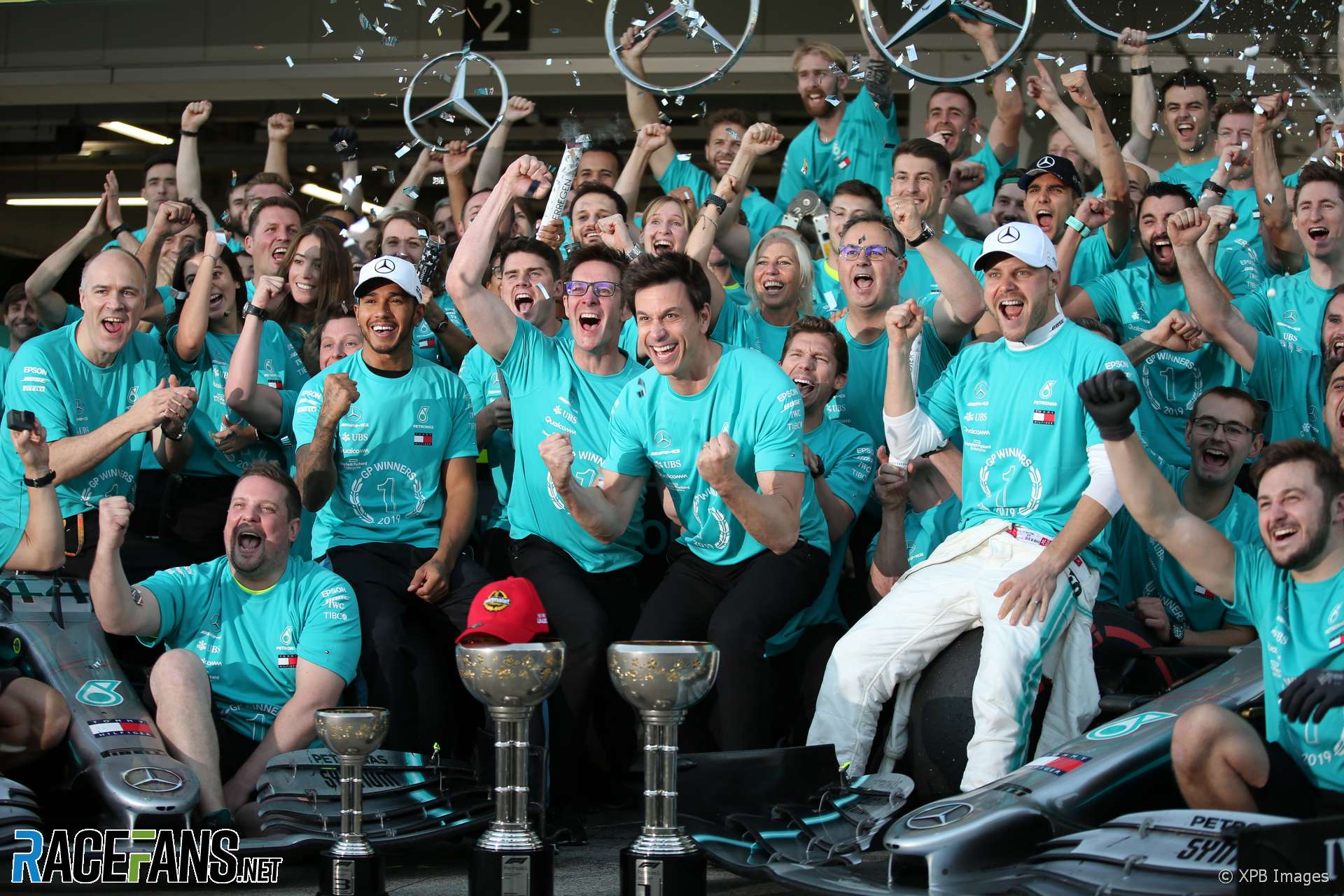 The team has equalled the record for the most consecutive constructors’ title successes. Ferrari also won six in a row between 1999 and 2004. Wolff said the team never expected to achieve such prolonged success.

“When we embarked on the journey six or seven years ago we wanted to win races more regularly and then fight for a championship,” he said. “And now, six years later, we win our sixth championship in a row. We never thought this would be possible and I’m incredibly happy for everybody who has been a part of this journey.

“It’s not always been easy, the entire team put in a lot of hard work and we had our fair share of painful moments, but we were always able to pick ourselves up.

“Everyone in Brackley and Brixworth worked incredibly hard for this achievement and I can’t thank them enough. We also could not have done this without the continued support from Daimler and Petronas who have always been by our side.”

Lauda played a major role in the team, including by encouraging Lewis Hamilton to join them in 2013. He has since won four drivers’ titles with the team.

“This sixth championship is a very special one and we dedicate it to Niki,” Wolff continued. “He has been such an important part from the beginning, and we all miss him dearly. I think about him every day and still find it hard to believe that he’s not here anymore; I keep thinking to myself ‘What would Niki say, what would he think?’.

“Today, he probably would have said ‘congratulations for the sixth one, but you have a challenge on your hands for next year’. It was his way of making sure that we’re never complacent.”