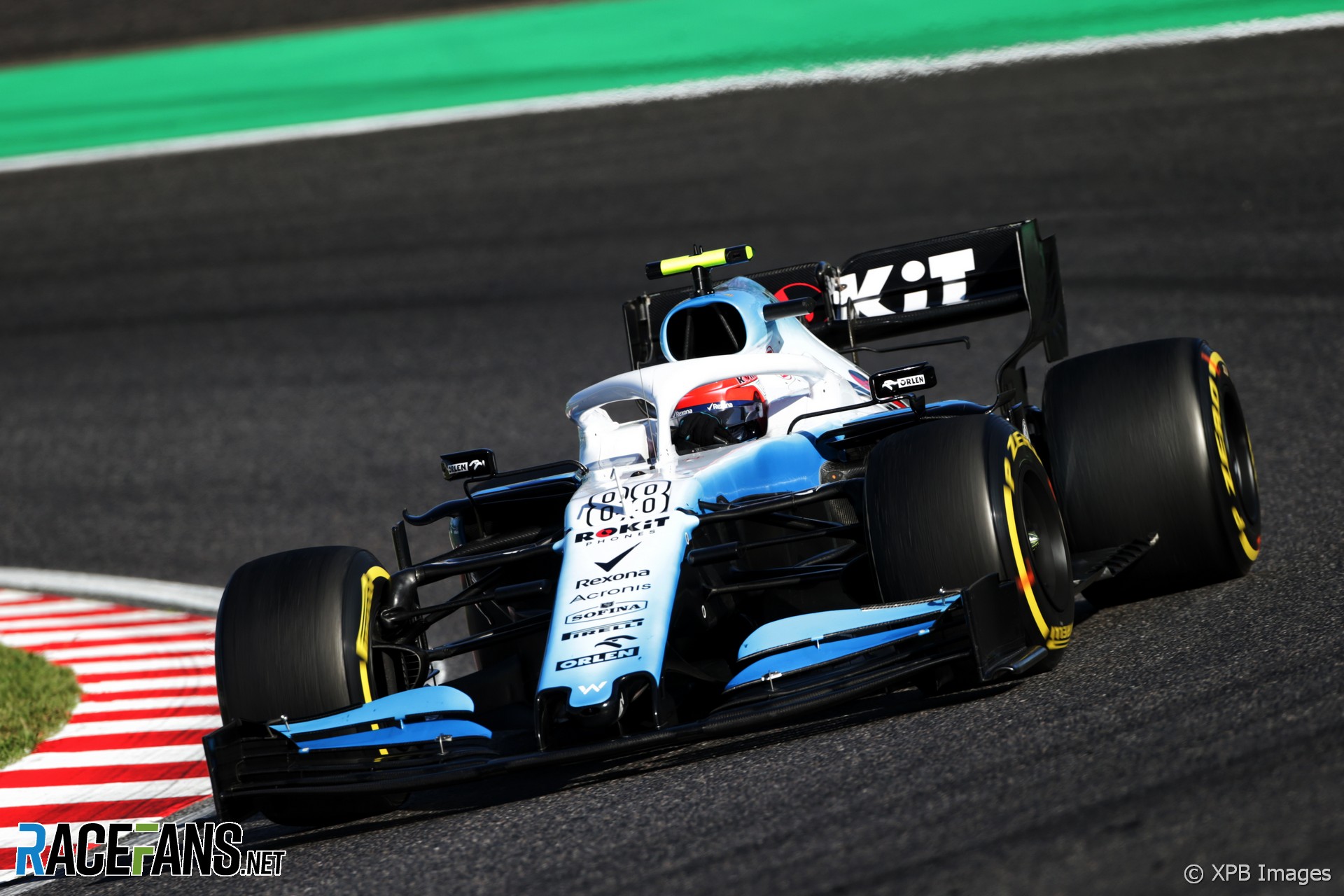 Robert Kubica says “boundaries were crossed” when Williams decided to remove its new specification front wing from his car before qualifying.

Williams ran the new wing on Friday, which Kubica said at the time was a development item intended to help guide work on its new car for the 2020 F1 season. He told Eleven Sports Poland he was pleased with the change it brought about in his car.

“Friday was very positive,” said Kubica. “For the first time in a very long time after putting on a new wing – which was not supposed to be better and it was not better or it was even worse on the other car – the situation with my car improved a lot.”

He was therefore dismayed to learn the team would not use the wing today.

“For some strange reasons the wing was removed [off my car] before qualifying,” he said. “I think this decision was not connected with [what was going on at] the track, it had more to do with other choices. That’s it.”

Kubica subsequently crashed during Sunday morning’s postponed qualifying session. “I made a mistake in qualifying,” he said. “I think I should have played it in a different way.

“The conditions were tough and on top of that I had different power steering on Friday so the feeling on steering wheel was completely different. I was convinced that I would make this corner without problems but suddenly I ran out of road. That’s it.”

He praised his mechanics for doing a “fantastic job before the race” to build a new chassis for him to drive. “Unfortunately not everything depends on them. It’s a shame.”

At the previous race Williams retired Kubica’s car after his team mate George Russell crashed out, citing a need to save parts. Kubica, who has already announced he will not return to drive for Williams again in 2020, said this latest episode has changed his view of the situation.

“This Sunday morning helped me to understand things properly. I had been already aware of certain things but this morning some boundaries were crossed.

“We have 20 sessions [on track] left this year so let’s hope that some things will be resolved – although, as I say, this early morning before qualifying was very telling to me.”