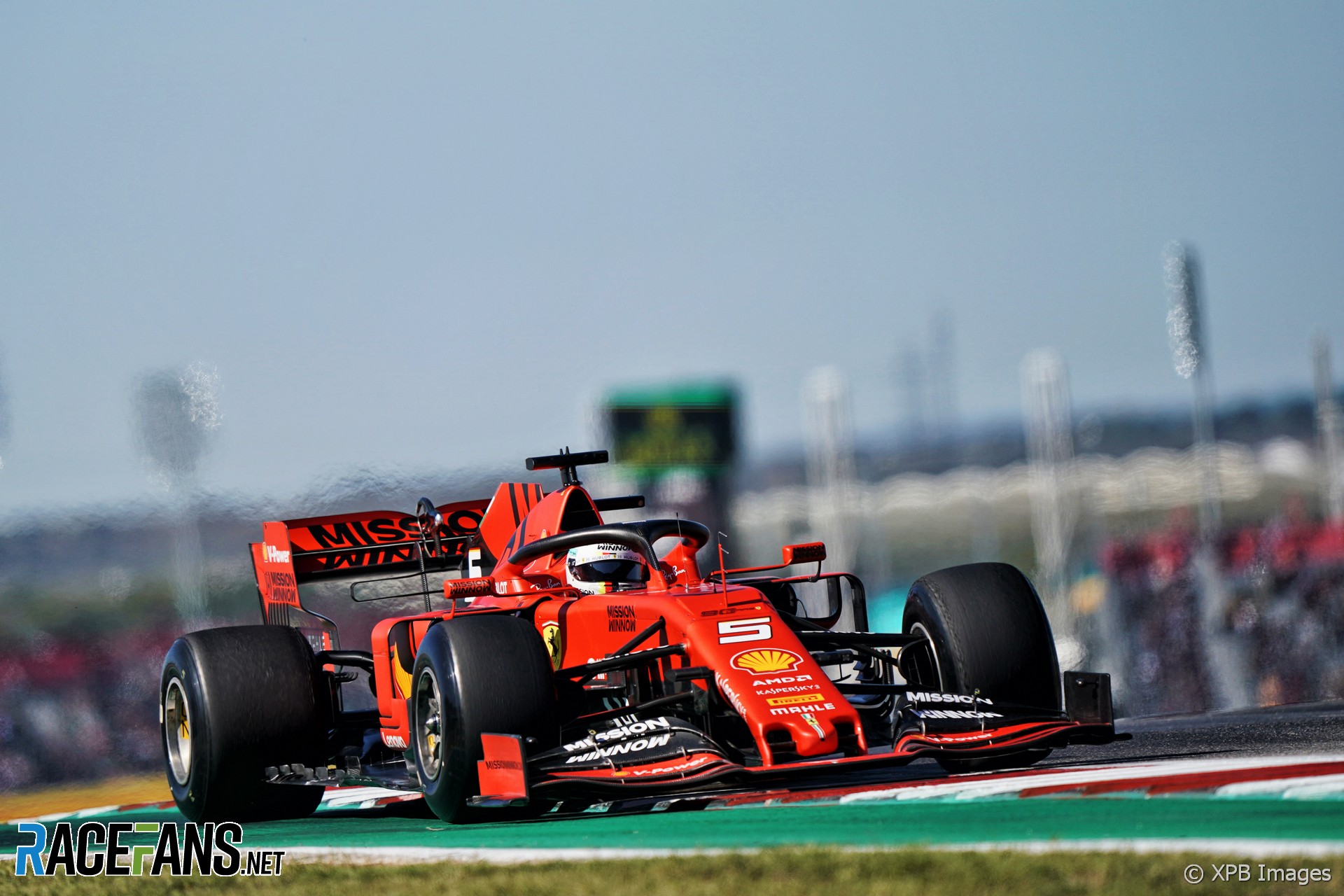 Lewis Hamilton says Ferrari’s straight-line speed is not as strong at this weekend’s race after the FIA clarified an area of the technical regulations.

The sport’s governing body issued a technical directive which informs teams how it intends to interpret an area of the regulations, in this case relating to power unit design. Ferrari’s impressive power unit performance has been a matter of close scrutiny by rival teams and the directive is believed to have been prompted by a query from Red Bull.

“What’s come out this week has been quite interesting to see,” said Hamilton. “Obviously today I think they’ve lost a bit of power. I’m interested to see how that continues and how it reflects in the race tomorrow.”

However Hamilton said he’s “not sure” whether it will be any easier to overtake the Ferraris in the race. “They’re still quite quicker than us generally in the straights.

“Hopefully our car will be strong throughout the race tomorrow. Yesterday’s running was good today was a little bit difficult, hopefully tomorrow’s better.”

Ferrari failed to take pole position for the first time since the Hungarian Grand Prix in July, but Mercedes team principal Toto Wolff said this was not necessarily a consequence of the technical directive.

“Certainly the three teams were much closer together in terms of straight-line performance here in the US,” said Wolff. “But I wouldn’t say this is down to any specific event. It’s just a fact that we’ve won our first pole position since July, since Hockenheim, and we are really in the mix.”

“I think it’s very strong that the FIA issued a TD clarifying the situation with some very clear wording,” he added. “But this is a process that is standard, happened before and part of the role of the governing body.”

59 comments on “Hamilton: Ferrari have ‘lost power’ since FIA issued directive on engines”