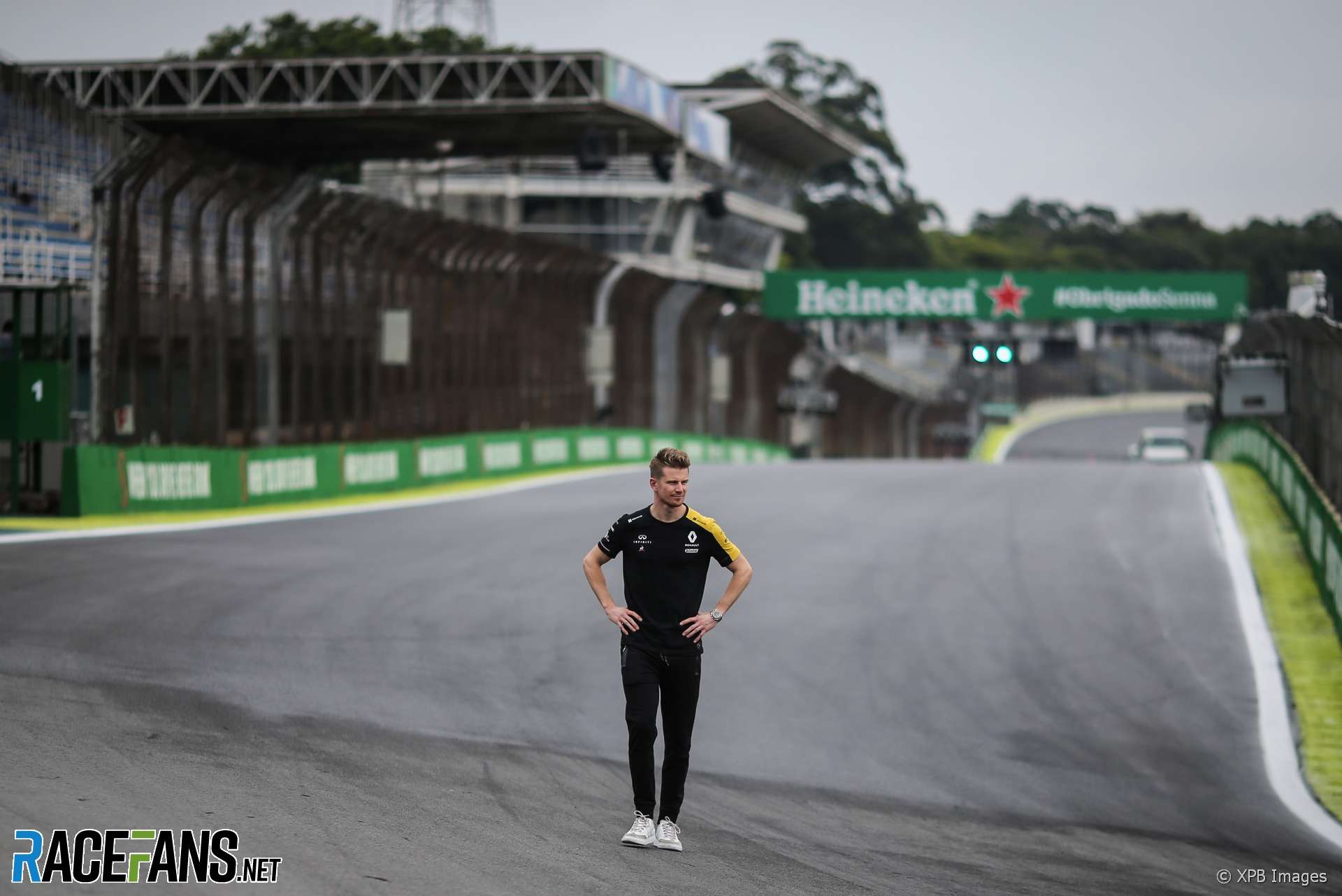 Carlos Sainz Jnr says he is mystified why no team have taken up Nico Hulkenberg’s services for the 2020 F1 season.

Hulkenberg faces being left without a drive next year having lost his seat at Renault to Esteban Ocon. He has already said he is unlikely to take the last possible place on the grid for next season, at Williams.

Sainz, who was Hulkenberg’s team mate at Renault last year, said “Nico is going to be a very big loss for Formula 1” if he isn’t on the grid next year.

“I think he’s been one of the most talented drivers in the grid for the last 10 years or nine years that he’s been here. And I still don’t understand how some teams missed out on him.”

Haas, Red Bull and Alfa Romeo are among the teams who have passed on Hulkenberg’s services since Ocon’s deal was announced.

Hulkenberg admitted he is resigned to spending a year on the sidelines if no late opportunity arises.

“A decade of Formula 1 is intense living at that high pace,” he said. “So that’s why I just need to see where once the new year starts, how I feel and how things develop and evolve.

“Which direction? Honestly, right now, I just don’t know. And I don’t want to think about it too much right now because for me, I’m still right here, right now.”