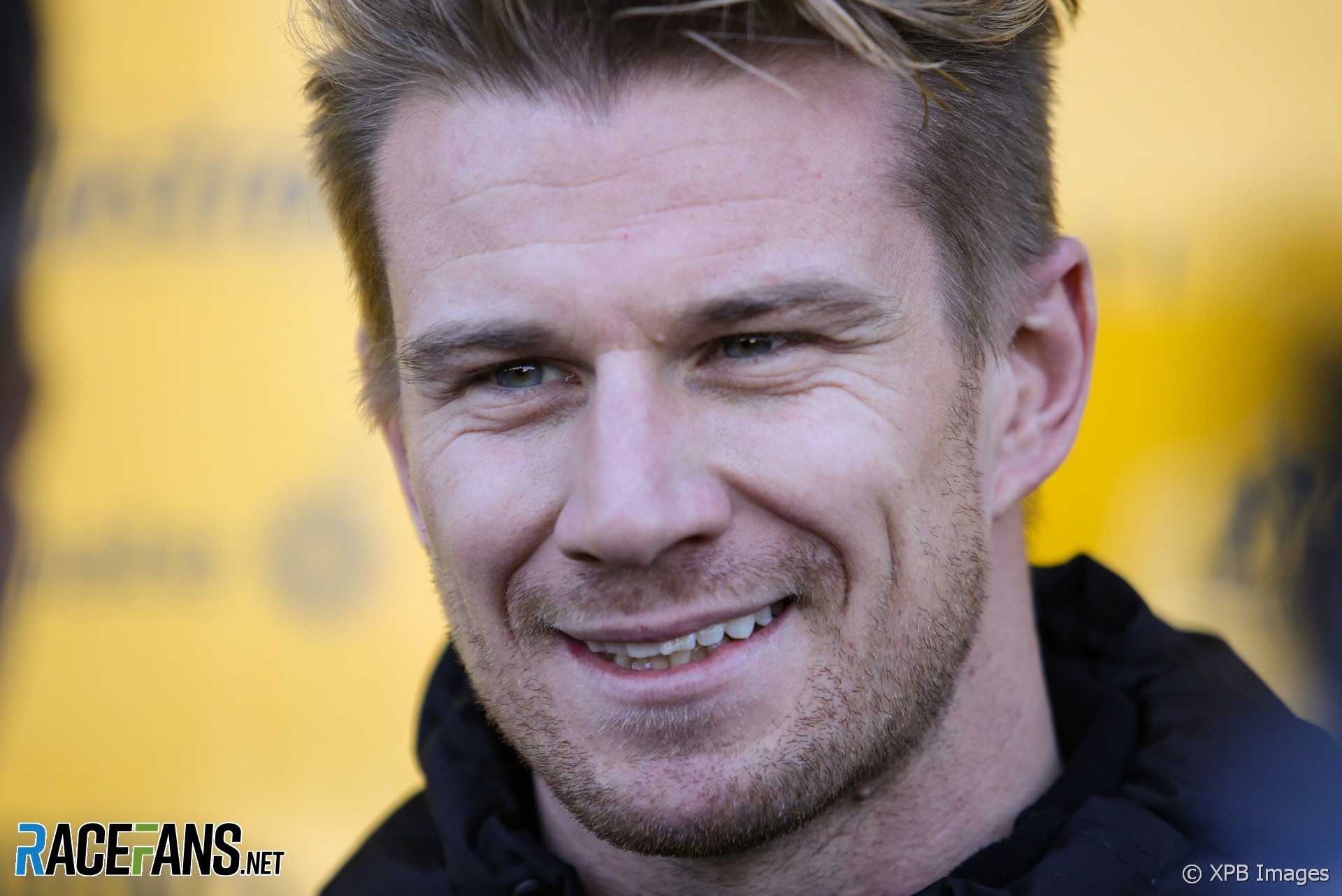 Nico Hulkenberg doubts he will return to Williams for the 2020 F1 season, despite it being one of few options left for him to remain in the sport next year.

The Renault driver, who will be replaced by Esteban Ocon at the end of the season, made his F1 debut for Williams in 2010. The team has a vacancy for next year, but Hulkenberg says he is unlikely to be the driver to fill it.

“I think they need somebody else,” he said when asked by RaceFans. “I think I’m not the right person, the right driver for them.

“It’s just where I am in my career, where they are, and the timings, I just don’t think it’s the right timing for us. With all due respect to the team, obviously I’ve raced for them and everything, but I don’t think that’s going to happen.”

With Red Bull set to keep the four drivers it runs across two teams in place next year, the only other chance of a race seat for Hulkenberg could be to step into Antonio Giovinazzi’s seat at Alfa Romeo. Hulkenberg said he could see himself driving for them, but ruled out a reserve or test driver role at any team. “That’s not an option,” he said.

Hulkenberg suggested he could “maybe not race for a while” if the right opportunity doesn’t come along for next season.

“Honestly, I don’t know right now. It depends on what happens, what unfolds here. Once we have that answer, I’ll look at other things.

“But I don’t want to rush into something and just jump on something to race. It needs to be something that I like, a challenge that excites me.

“So I have no conclusion, no perfect answer for that yet.”