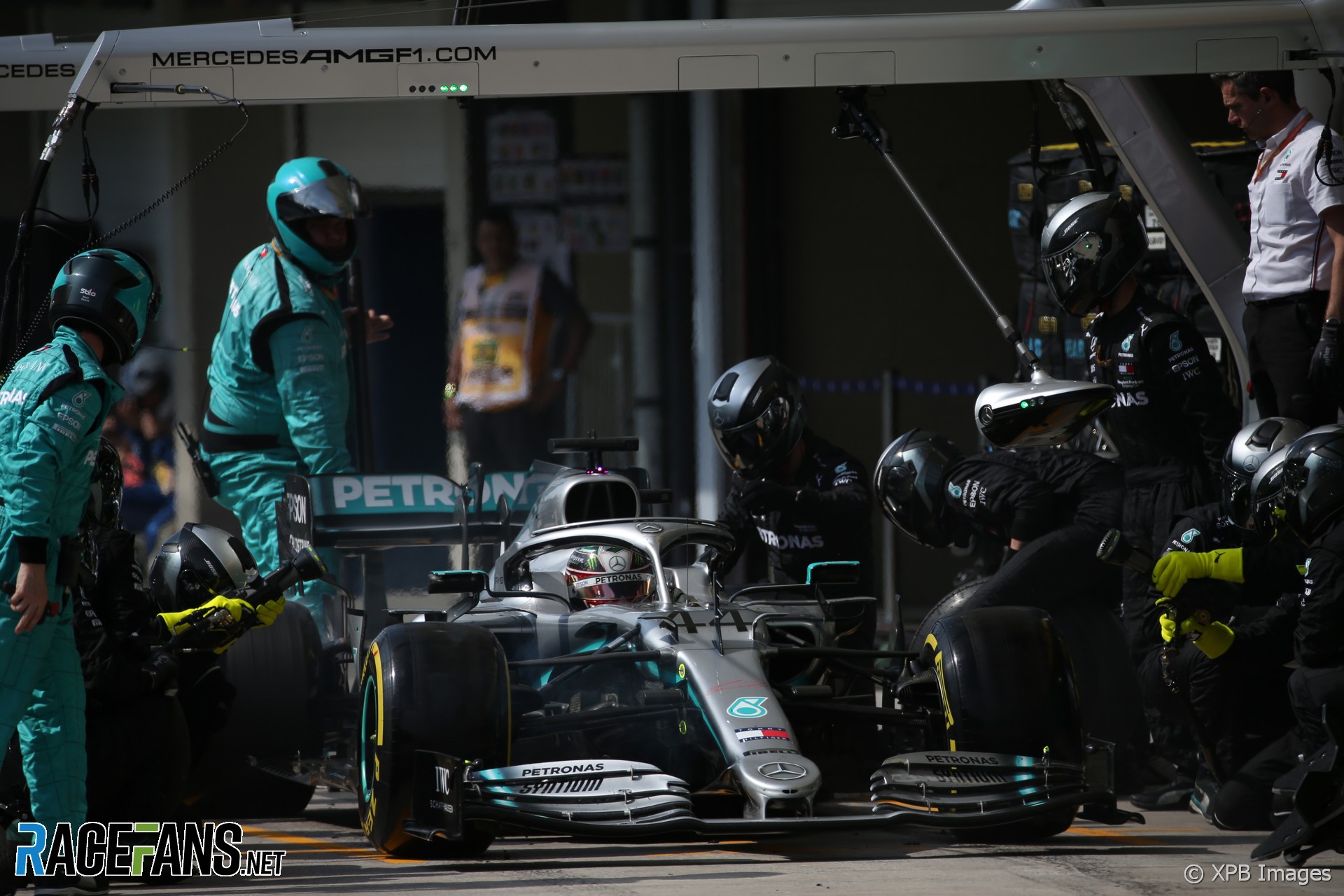 Mercedes admitted they made a “dumb” call to bring Lewis Hamilton in for an extra pit stop at the end of the Brazilian Grand Prix.

Hamilton was running second behind Max Verstappen when a late Safety Car period gave him the chance to put fresh tyres on. Mercedes technical director James Allison admitted the decision to do so was an error partly down to the team miscalculating how many places he would lose by pitting.

“Having not had the shiniest of races up to that point we then just did something plain dumb,” he said. “We thought we were exchanging a place for fresh rubber with enough laps left to get that place back promptly and then have a go for the lead.

“That was just factually incorrect because we were exchanging two places – we hadn’t factored in [Pierre] Gasly – and secondly with the amount of debris on the track there was just a lot more laps taken up by the Safety Car than we’d anticipated.

“I think that was a rookie error of a not [having] quite a quick enough car on the day and trying to stretch too far for a victory that wasn’t on. We just made a mistake.”

Allison confirmed the team, not Hamilton, made the call to pit.

“This was entirely our fault because we saw what we thought was a fleeting opportunity. It was not at all clear to us that it was the right thing to do, but there was a possibility.

“We thought, well, let’s give Lewis a chance to give his view. Which we shouldn’t have done, because honestly, we didn’t give him the right information – we said one place and it was two – and secondly we should have just made the call ourselves.

“So he ummed and ahhed for a second or two before diving in the pits because he likes racing. But that was our mistake.”