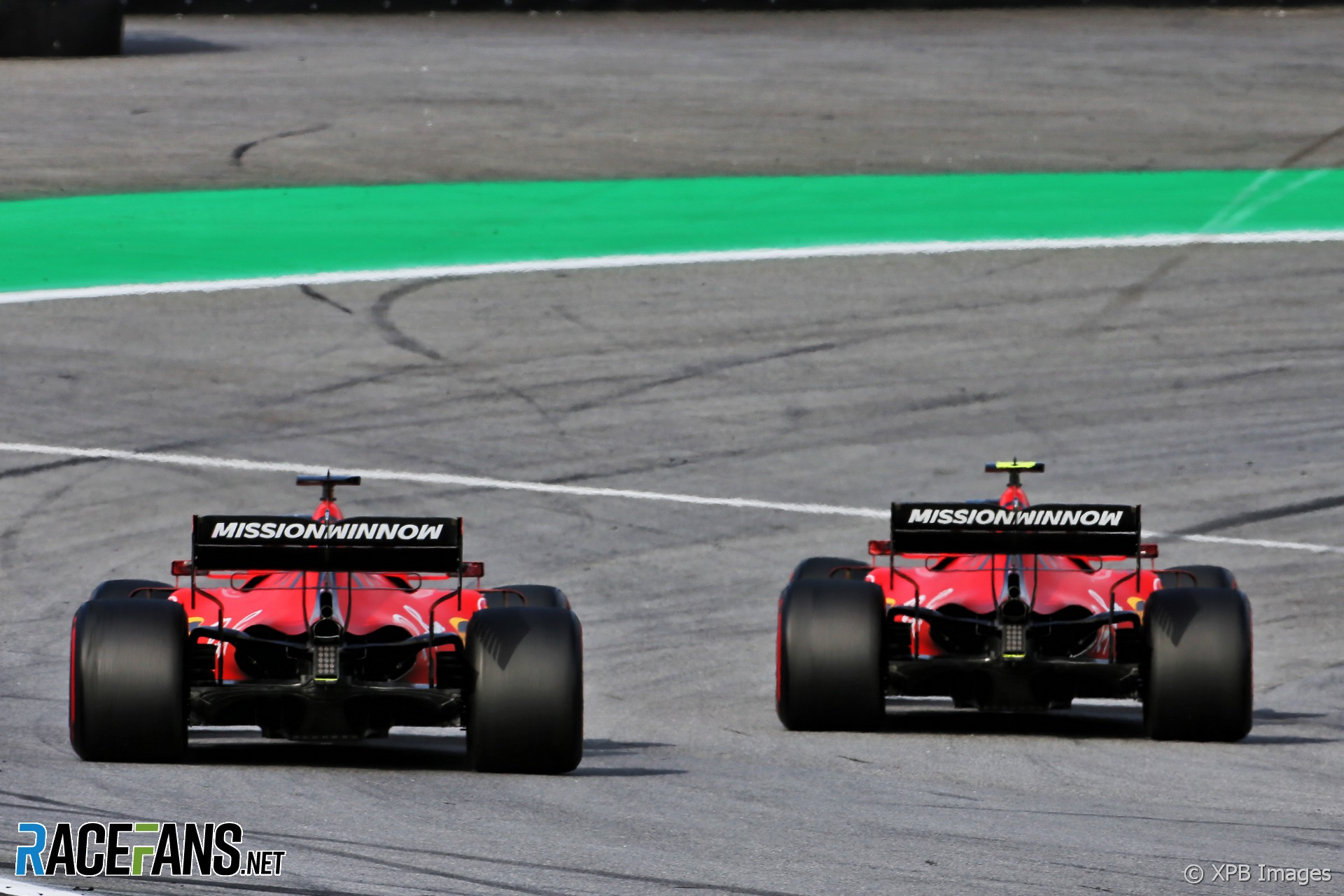 Ferrari team principal Mattia Binotto said both his drivers were at least partly to blame for the collision which put both Ferraris out of the Brazilian Grand Prix.

The stewards are investigating the collision between Sebastian Vettel and Charles Leclerc on the approach to turn four.

“[They were] free to fight, but they know that silly mistakes are something we should avoid for the team itself,” Binotto told Sky. “Today it has been a very small contact, I have to say, but there will be time to analyse, there will be time to look at the video, I don’t want to do that in the heat [of the moment].”

Leclerc, who was on fresher tyres, overtook Vettel into turn one. Vettel tried to re-pass his team mate after turn three but touched his team mate’s front-right suspension, which snapped immediately, and left Vettel with a puncture.

“I think both of them at least have a small percentage of responsibility,” said Binotto.

Leclerc had fresher tyres than Vettel when they collided, having saved one set of new soft tyres after qualifying. Vettel did not have any unused sets of softs.

“He had no new tyres so he had no choice in that respect,” Binotto confirmed, adding he felt the collision cost Ferrari a potential podium finish.

“Normally our race pace in the last races were not as good as we want, a couple of tenths maybe behind. It’s not a drama but we know that we are not yet fast enough in the race and to win you need the best car in the race.

“We got a good race today. If there was not a drama I think we could have fought, certainly for the podium. Sebastian was faster than Lewis [and] was faster than Albon.”

Vettel gave further insight into the incident, pointing out he had saved some of his battery to attack his team mate after being passed by him.

“Obviously we were fighting ourselves in the chicane quite aggressively. I then had a better exit out of turn two, three and a lot more battery left and I thought I was already past. I don’t know why we touched.”