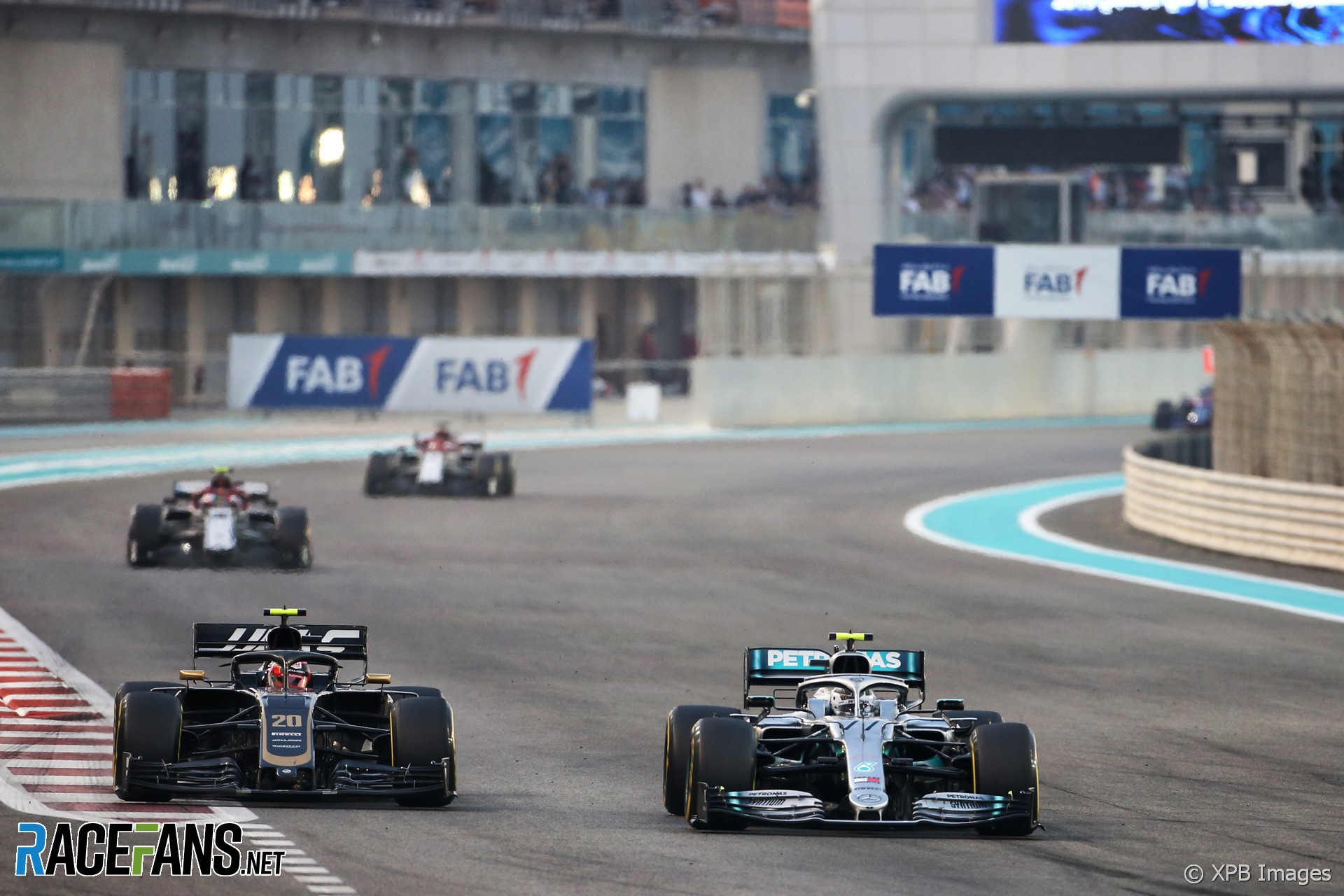 In the round-up: Valtteri Bottas says Mercedes will prioritise improving the its straight-line speed with its new car for the 2020 F1 season.

Bottas was asked what areas Mercedes can improve on next season:

I think mechanically and aerodynamically in terms of cornering performance and overall grip it’s been a big strength for for us [in 2019]. And we’ve been [able] also to unlock many issues we’ve had before like slow-speed cornering. For example like Monaco has been tricky previously but now we’ve kind of been able to be competitive there as well.

So in terms of the chassis side, we’ve made really solid progress. Obviously it can always be better but I think still lots of things we can do better around the efficiency, possibly with the aero.

And I’m sure with the power unit we are also pushing flat-out because we know that the biggest weakness we have now compared to some other teams is just the straight-line performance. And for that there’s only two things, it’s the drag and it’s the power. So those kind of things we are focussing as well for next year.

“Time to let the cat out of the bag and sign off from my racing career. For thirty years I’ve given it my all behind the wheel, met the most amazing people and enjoyed moments I’ll never forget. Last year’s @BTCC adventure was exactly that and I loved the challenge of getting back behind the wheel…can’t be too many grandads who have competed in the BTCC! 2020 is a huge year ahead for all the drivers at @MBPartners along with the next stage in the growth of the agency. And who knows…I might still be found in the BTCC paddock this year one way or another 👀 Too many people to thank along the way, but to my family and friends and partners/sponsors a massive thank you! Also a big thank you must go to all the fans whose support helped me keep my foot in when the going got tough!” Cheers MB 👍 #btcc #autosport #2020 #timeout #racingdrivers #motorsport #retirement

"The hardest part was probably the first month, dealing with the injury, but then after it was just grinding, just getting used to the back brace and trying to do the exercise."

"The unusual testing schedule could have a particular impact in F2, where new 18-inch wheels and tyres are going to be introduced, with some related car modifications also anticipated."

Could Fernando Alonso have a high-profile team mate at a future Dakar?

I wonder if Toyota would push Sebastien Ogier to take part in the Dakar next year, since he’s announced his retirement from the World Rally Championship. It would be a stunning coup for the Dakar organisers, getting legends from other disciplines in quick succession – Sainz, Loeb, Alonso and then Ogier.
Sundar Srinivas Harish (@Sundark)