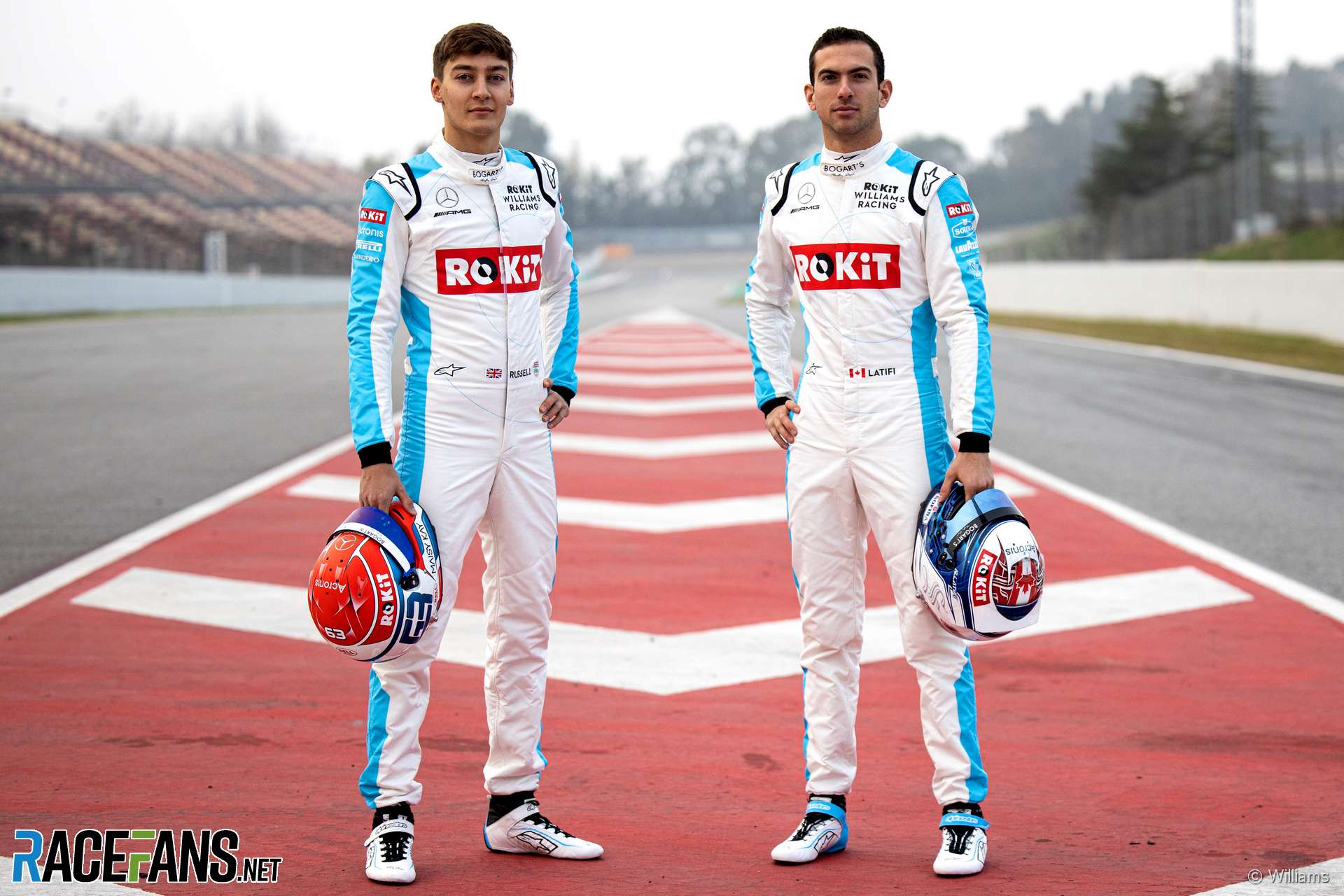 George Russell says he is not underestimating the challenge from his new team mate, Nicholas Latifi, who he called “the most-prepared rookie Formula 1 has had ever” during the first week of testing.

“So on paper he’s a rookie but the reality is he’s not. He’s definitely going to be tough to beat so I’m ready for the challenge and looking forward to the battle.”

In his first season of Formula 1 last year Russell dominated his experienced team mate Robert Kubica. Russell out-qualified him every weekend and only finished behind Kubica in two races.

However Russell says he needs to prove himself again in his second year. “That was in the past, you move on, and you’re only as good as your last race. So it is a fresh start.”

Latifi arrives in Formula 1 having finished second in Formula 2 last year in his fourth season in the category (previously known as GP2). Russell won the F2 title at his first attempt in 2018, but says people shouldn’t underestimate his new team mate.

“I think Nicholas is definitely very underrated and incredibly prepared and he’s going to be a tough driver to beat,” said Russell. “He’s going to keep me on my toes and I’ll be pushing.”

However Russell stressed his priority this year is to help return Williams to a competitive position following their poor 2019 campaign.

“I’m not going into this season thinking I’m the most experienced and I need to lead the team,” he said. “I’m going about my business the same as I’ve always done which is always give constructive criticism, try and motivate the team when needed, but also be to the point when it needs to be as well.”

Latifi said his F1 test mileage has made him “well-prepared” for his F1 debut. “But at the same time I think you can never underestimate the challenge of still being a rookie at Formula 1,” he added. “Because [there’s] things that you cannot replicate in those test days as I’m sure any current driver on the grid would say they experienced in their first year.”

16 comments on “Russell wary of Latifi’s potential: “On paper he’s a rookie but in reality he’s not””