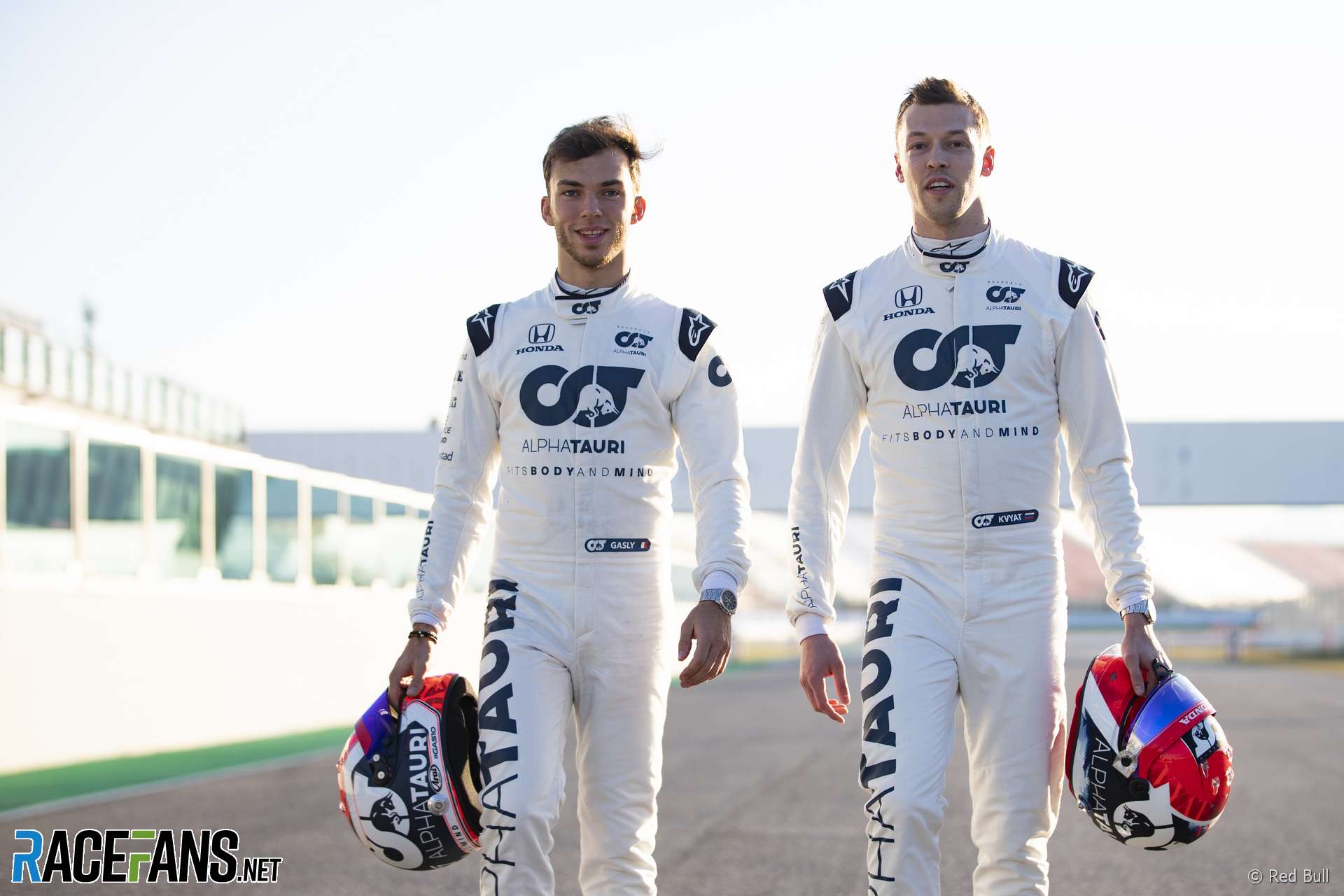 In the round-up: AlphaTauri team principal Franz Tost says his team, which he began running as Toro Rosso in 2006, has its best driver line-up ever this year.

Tost was asked whether he thinks Pierre Gasly and Daniil Kvyat are his best driver pairing yet:

Yes, I would underline this, because as we know if we analyse both drivers. Daniil Kvyat has a fantastic natural speed. He won races, he won championships, just remember back in GP3. And Pierre Gasly as well, he won races, he won the GP2 championship and he drove last year in the second half of the season some fantastic races. Just remember his second place in Sao Paolo when he managed to keep Hamilton behind him one lap.

The first drive in any new car is always special, so we mic'd up @PierreGASLY to get his reaction 👌 #AlphaTauri #F1 https://t.co/3ew66rbJYY

"It’s still bumpy, but maybe a bit less bumpy on the new surface than the old surface. It’s got a lot of character to it and I’m not averse to having a few bumps on a race track."

"Vasselon also explained that Toyota is not interested in the LMDh formula because it does not meet with the company’s motivations for endurance racing."

"The FIA Disability and Accessibility Commission is offering support to disabled drivers through the no-cost supply of a range of safety equipment."

Stephen is unimpressed that Mercedes’ DAS is apparently being allowed when Renault’s innovation was outlawed last year:

Being an advocate for innovation, it is disappointing to see innovation being stifled.

Last season Renault’s race results were disqualified from the Japanese Grand Prix because they had were innovative in how they did some brake bias adjustments. This didn’t breach any technical regulations. So instead of accepting this was genuinely an innovation that could have been useful to all the teams, the stewards disqualified them for breaching the “the driver must drive the car alone and unaided” Sporting Regulation (27.1).

Now we have Mercedes being innovative, and they have the blessing of the FIA, even though to my untrained legal mind it appears the Duel Access Steering system breaches technical regulation 10.2.1: “With the steering wheel fixed, the position of each wheel centre and the orientation of its rotation axis must be completely and uniquely defined by a function of its principally vertical suspension travel, save only for the effects of reasonable compliance which does not intentionally provide further degrees of freedom.”
Stephen Crowsen (@Drycrust)

35 comments on “Tost: Kvyat and Gasly is our best driver line-up ever”