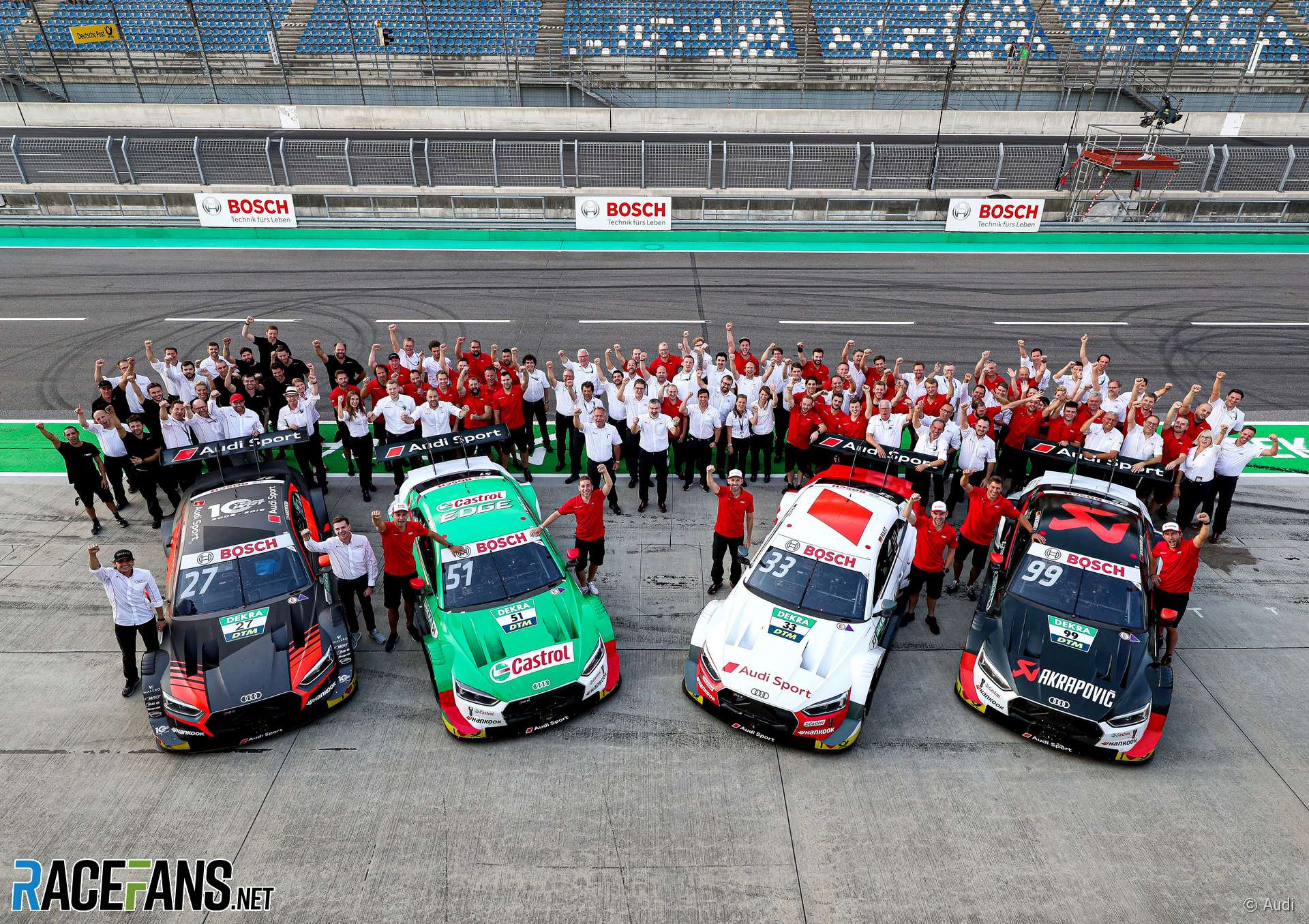 Whenever the need to cut costs in Formula 1 has been raised, the possibility of reintroducing customer cars has invariably been floated by someone.

Sure enough, in recent weeks Red Bull team principal Christian Horner has restated his support for the proposal, and his Ferrari counterpart Mattia Binotto has also spoken in favour of them.

Introducing customer cars would be a drastic change for F1. Today’s rules require teams to build the majority of their cars, although some parts, such as power units, gearboxes and some other components, may be sourced from suppliers including rival teams.

But the manner in which some teams have exploited these rules to the limit show there is a clear business case for them to minimise development by purchasing parts where possible. Allowing ‘customer cars’ would take the concept a significant step further and permit teams to buy entire chassis, as they were once allowed to do.

There is undoubtedly a compelling logic to the idea. Permitting teams to use chassis purchased from other teams would create an opportunity for them to participate without burning through hundreds of millions of pounds per year.

But it is an idea some smaller teams fiercely resist. They want to be part of an engineering competition and know they would be vulnerable to being beaten by rivals spending much less money to buy, for example, ex-Mercedes/Red Bull/Ferrari chassis.

This isn’t necessarily a matter of fearing healthy competition. Customer cars would represent an existential threat to teams which build their own cars.

Should F1 consider the idea anyway? Instead of having 10 teams building their own cars (largely), would it be better off with a handful of manufacturer teams each supplying a number of customer off-shoots?

The plight of Germany’s foremost touring car championship, the DTM, suggests not.

The series was in spectacular health until comparatively recently. BMW’s arrival in the championship eight years ago completed the trio of premium German car manufacturers along with Audi and Mercedes. The DTM had little difficulty packing grids with top-flight talents including ex- and future F1 drivers.

What the DTM lacked, and still does, is independent teams running their own cars. This vulnerability was exposed when Mercedes announced its departure from the championship at the end of 2018. Nonetheless, with Aston Martin arriving for 2019 grid sizes were, by and large, sustained.

This year the DTM has suffered a double blow. Aston Martin canned its programme in January after a single, uncompetitive season. Then on Monday Audi declared it would shelve its DTM squad at the end of the season.

That leaves BMW the last team standing. Out of 18 regular entries in 2019, four cars have gone this year and eight more will be lost next season. The championship is surely going to have to contemplate major changes to achieve respectable grid numbers in 2021.

The lesson here for F1 should be obvious. Manufacturer teams may spend big, but they can leave in a hurry. Any championship relying on them for all or most of its entry is taking a significant risk.

Allowing customer cars would expose F1 the same dilemma as the DTM. To an extent it already is. The introduction of sophisticated and expensive V6 hybrid turbo power units in 2014 spelled an end for independent engine builders in F1. Now the whole grid is dependent on just four engine manufacturers.

Risking the same scenario with chassis constructors, and failing to learn the clear lesson from the DTM’s experience, would be extremely unwise.

It says a lot that the team principal of one outfit which has pushed the current parts supply regulations to the limit – Haas – is not in favour of legalising customer cars. Speaking exclusively to RaceFans, Guenther Steiner also pointed out that some of the teams now publicly calling for customer cars previously opposed them, and questioned their motives.

“The people who now say we should be doing it, at the time they were completely against it,” said Steiner. “So I do not understand that, really.

“The only thing I really understand is that if you [have] customer cars that’s another way to control smaller teams. That is the issue there.

“Right now I don’t think F1 needs something drastic like customer cars because I think that we should be making it more competitive, not less.”

Steiner fears customer cars would jeopardise the economic model of the smaller teams. “Now we have got 10 teams, which are all somehow possible to survive, and they are all pretty good teams, I would say.

“So you should try to give the smaller teams a bigger chance to compete instead of giving them customer cars to be competitive. Even if it is cheap, it will still cost a lot of money, and people which invest in these F1 teams, either they run out of money – which happened before – or they run out of passion because they cannot compete.

“So, I think customer cars in the moment is not a best idea.”

What the DTM is going through now only makes Steiner’s assessment even more persuasive.

20 comments on “The DTM’s dilemma has a lesson for F1: Beware customer cars”