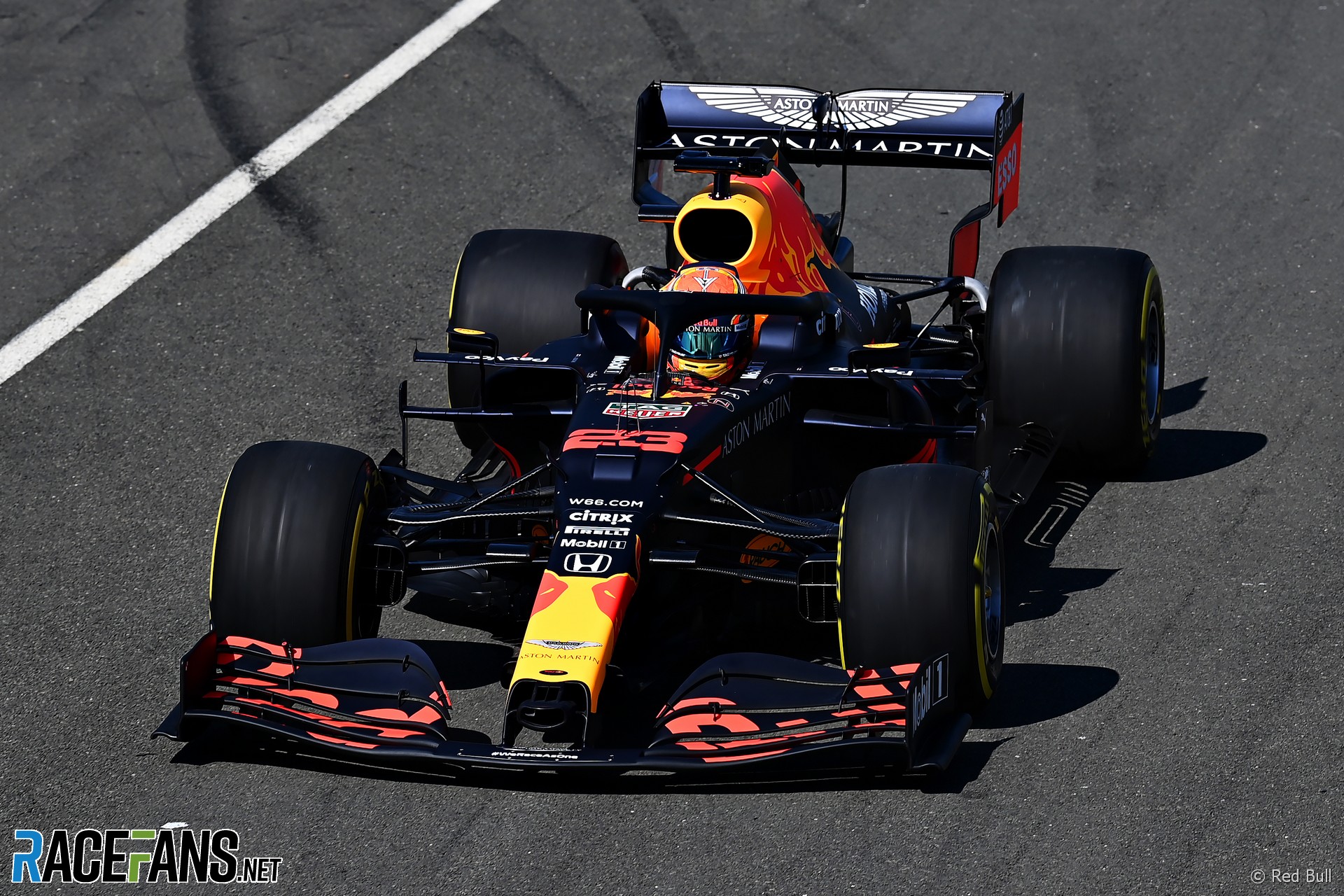 Red Bull will begin the season with an upgraded Honda power unit at its home race this weekend.

Team principal Christian Horner confirmed the team will use its ‘spec two’ Honda from the beginning of the season.

“We have an engine upgrade as we essentially introduce what would have been engine number two, which becomes our first engine,” he said.

The team will also bring some updates for the RB16 which had been planned for earlier, cancelled rounds of the championship.

“There would have been updates at the first European races at Zandvoort and Barcelona, there would have been further updates for Montreal, so of course all the updates that were in the pipeline prior to the shutdown, plus whatever we’ve learned subsequent to the shutdown, have been implemented to the car,” he said. “So there are subtle revisions all over the car as part of that update process which I’m sure the other front running teams have also done.”

Teams’ capacity to work on new parts has been limited due to the enforcement of an earlier and extended factory shutdown due to the pandemic.

“In all aspects of the car there has been an awful lot of work go into and it’s been a race against the clock to get those updates onto the car since reopening the factory at the beginning of June,” Horner added.

Red Bull scored its first victory with Honda as an engine supplier at its home race last year. Horner said the relationship between the two “feels much more integrated” now.

“We enjoyed a great debut season with Honda winning three races, and of course now we’re looking to build on that,” he said.

“They’re ambitious, they share the same ambitions that we do, they’ve been working tremendously hard during the off-season and of course come into this year with higher expectations. It’s a key part of the car and a key partner for us as we move forward and look to mount a challenge for championships in the future.”