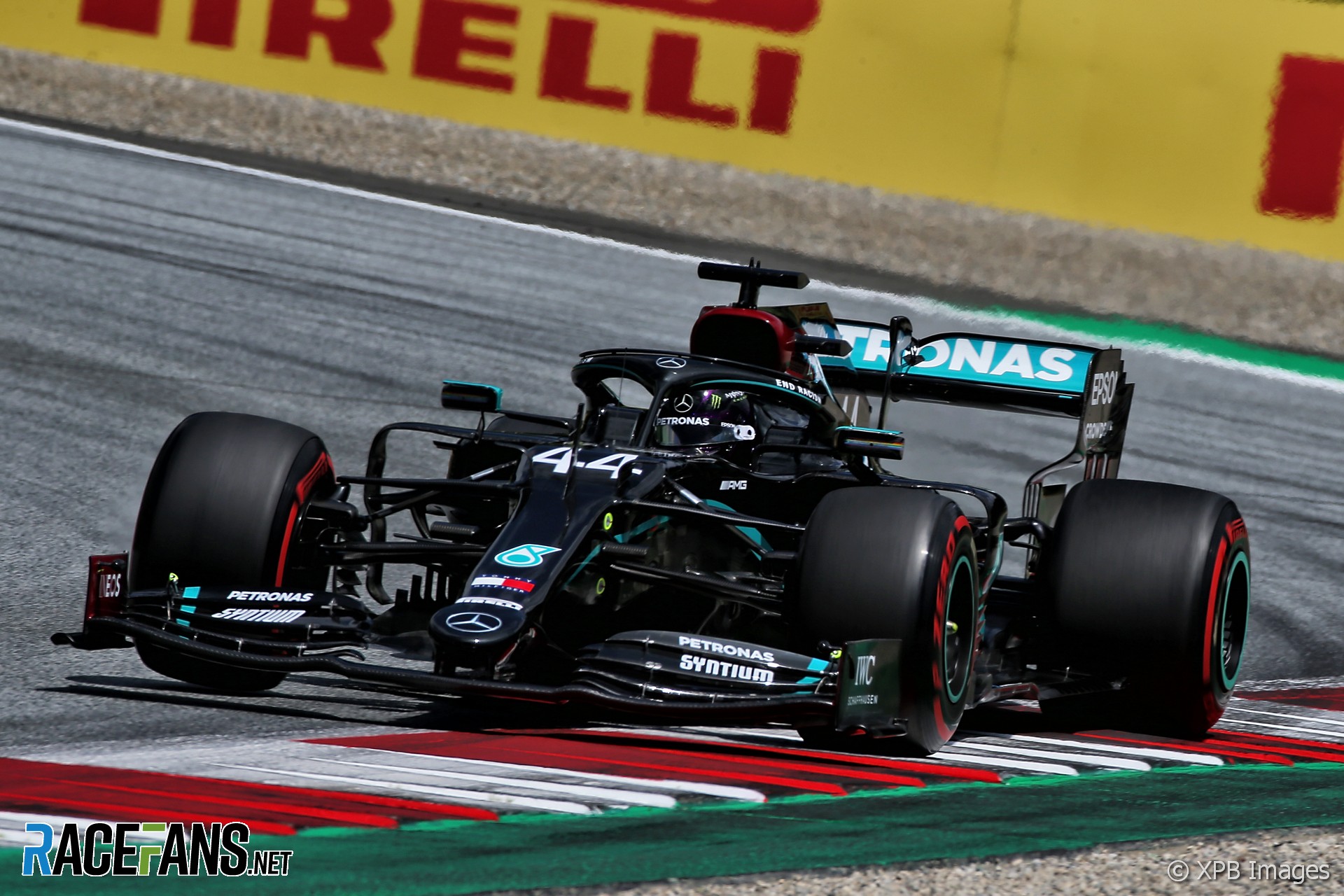 Lewis Hamilton is under investigation for two infringements durign qualifying, including failing to slow down for yellow flags.

The Mercedes driver qualified second for this weekend’s race. He appears to have passed yellow flags when his team mate Valtteri Bottas left the track in front of him during their final runs in Q3.

Hamilton has been summoned to a meeting of the stewards for “allegedly failing to slow for yellow flags between turns five and seven (marshalling sectors nine and 10) at 15:59.” He improved his lap time on the run in question.

Speaking in the press conference after qualifying, Hamilton said he hadn’t seen any yellow flags when Bottas went off.

However Daniel Ricciardo, who was running behind Hamilton at the time, did see yellow flags and backed off. Ricciardo was under the mistaken impression that Bottas hadn’t left the track, when the Mercedes driver had spun to a stop in the infield.

“I don’t know why they went to yellow,” said Ricciardo on his radio. “There was a yellow for two corners for nothing. He stayed on the track. That was shit.”

The last six occasions on which drivers were investigated for failing to slow for yellow flags during qualifying all resulted in the drivers involved receiving grid drops of between three and five places. The most recent was Max Verstappen at last year’s Mexican Grand Prix.

The last driver to avoid a grid penalty for failing to slow for yellow flags during qualifying was Nico Rosberg at the 2016 Hungarian Grand Prix.

Hamilton is also being investigated for leaving the track at turn 10 earlier in the session.