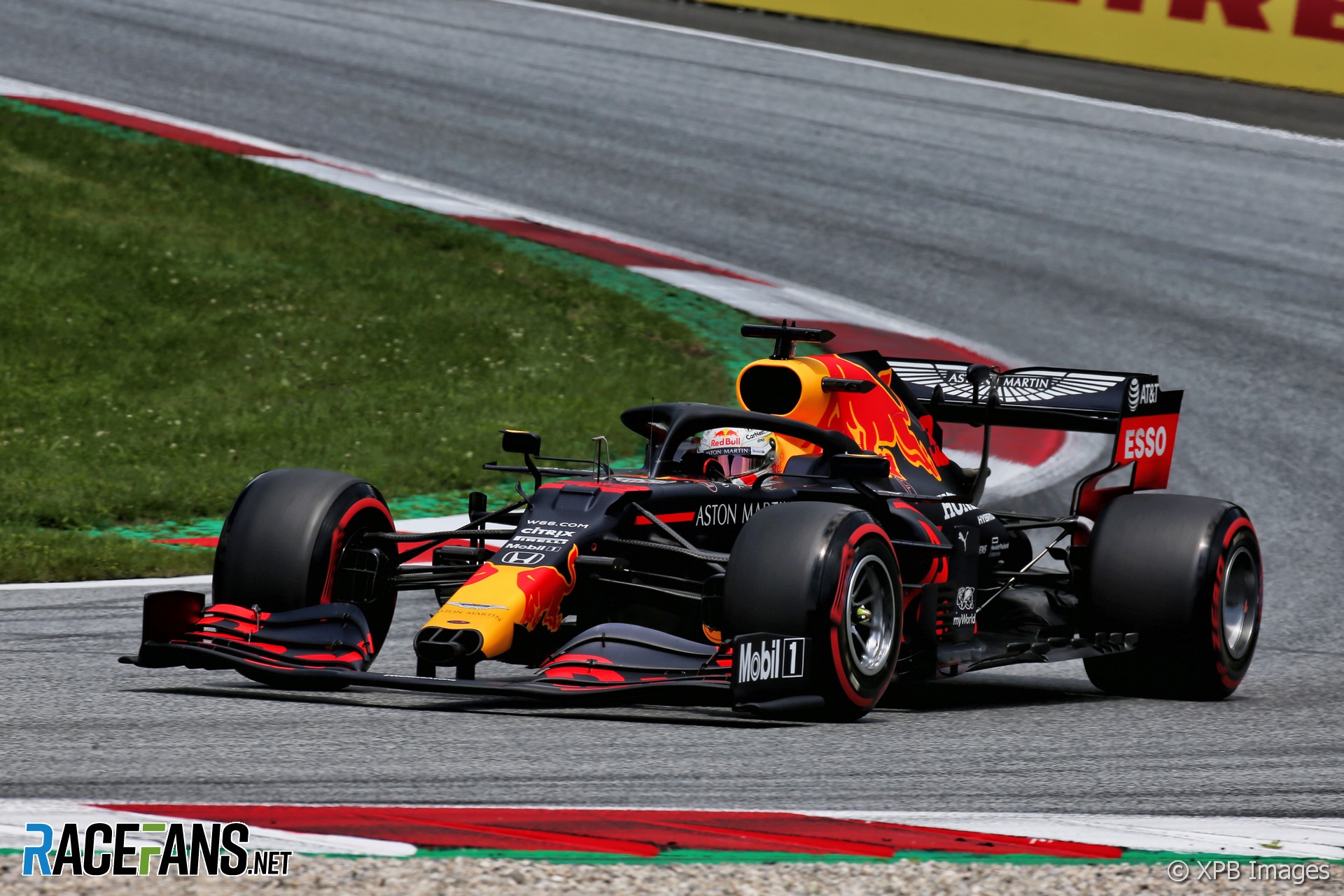 Red Bull team principal Christian Horner says the technical problem which put Max Verstappen out of the Austrian Grand Prix has been seen by Honda before.

Verstappen was running second behind eventual winner Valtteri Bottas when he retired early on with a suspected power unit failure. “It’s currently under investigation together with Honda,” said Horner. “So as soon as we have some conclusions we’ll let you know.

“It’s not something that we haven’t seen previously.”

Both Mercedes drivers had to manage problems with their cars later in the race. Horner believes Verstappen would have had a chance to win if he hadn’t retired.

“I think a win could have been on the cards today for Max,” he said. “He was holding pace with Valtteri.

“You could see towards the end of the stint Valtteri started to get into some tyre problems. We would have stopped under the pace car, taken the hard tyre that everybody did. And then on the second Safety Car, would Mercedes have stayed out? We would have done the opposite to whatever they did.

“So you just don’t know but I think strategically we were sharp, we were very strong today. It’s a shame we have no points to show for it.”

Verstappen’s team mate Alexander Albon also retired with a power unit-related problem. “Again, we need Honda to come back to us with the full details on that,” said Horner. “But a full investigation is going on.”

12 comments on “Horner: Cause of Verstappen’s retirement has been “seen previously” by Honda”