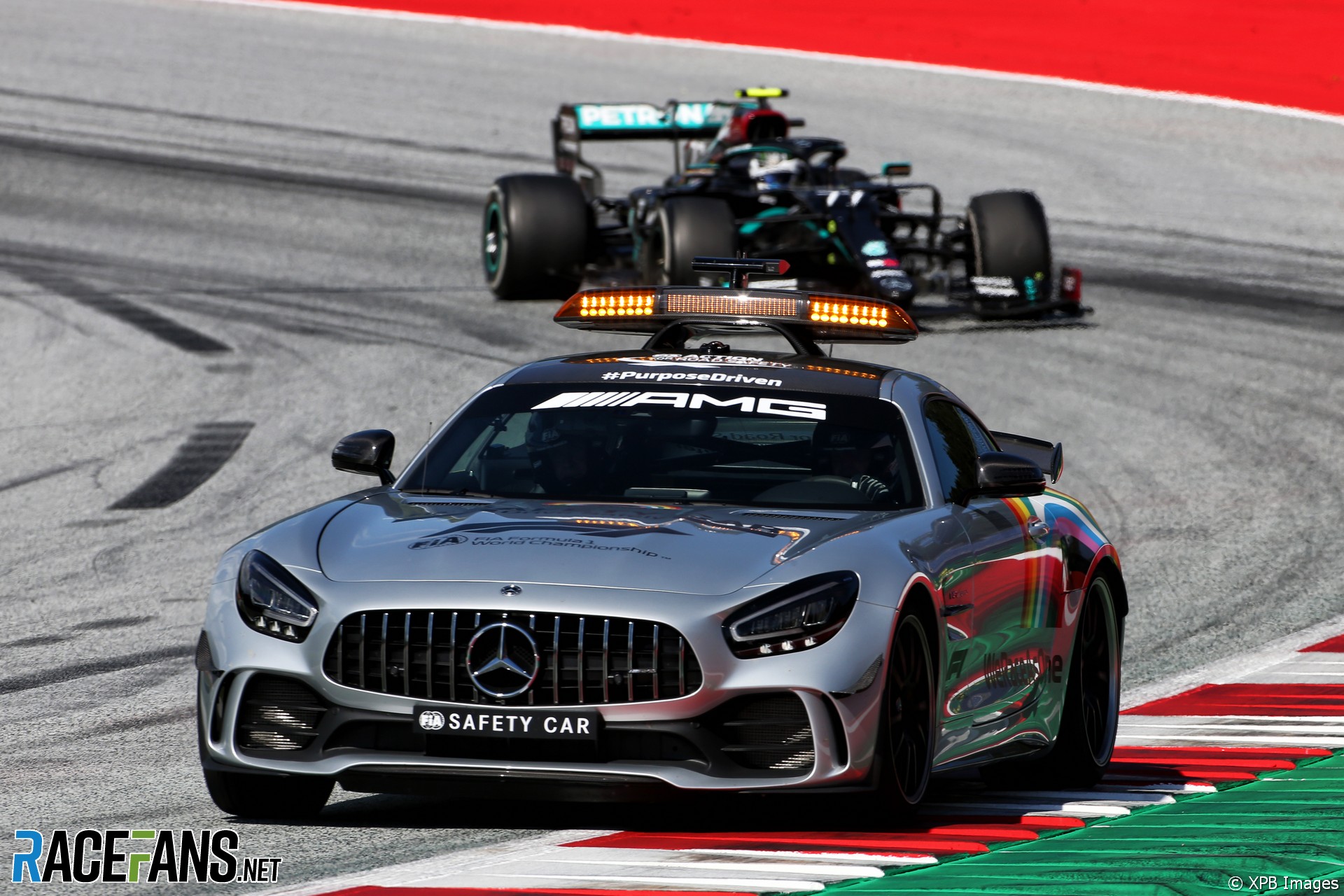 Mercedes admitted they made a strategic error by failing to put Valtteri Bottas and Lewis Hamilton on fresh tyres during a late Safety Car period in the Austrian Grand Prix.

The team’s cars were running first and second when George Russell’s retirement on lap 50 led to the Safety Car being deployed.

“When you have two leading cars and you are first on the track these decisions become much more complex,” said Wolff after the race. “It’s always easier when you’re behind.”

“In hindsight, now, after the race, it would have been probably better to stop both cars and switch them to soft tyres,” he admitted. “But after the race you’re always more intelligent than whilst these things happen.”

Third-placed Alexander Albon took advantage of the opportunity to fit a fresh set of soft tyres and used them to attack the Mercedes drivers. He was in the process of overtaking Hamilton for second place when the pair collided, which led to Hamilton receiving a penalty which dropped him off the podium.

The team’s sporting director Andrew Shovlin gave insight into how the decision not to pit either car was made.

“We were not planning on coming in at that point,” he explained. “The way you work with the Safety Car decision is you don’t see it all on the TV and then get together and decide what to do. Every lap of the race, you’re pre-loaded to know what you are going to do. The drivers are pre-loaded to know that if there’s a Safety Car and they’re in the window, they just come in.

“As it happens, at that stage, we decided that we didn’t want to stop. That decision is based on the loss to Albon for Lewis, for instance, where he would have dropped back.”

The feedback from Mercedes’ drivers at the time was that their hard tyres were in good condition. “Valtteri was telling us these tyres felt like new so we weren’t too worried,” said Shovlin.

“I think looking at how the racing panned out afterwards and the pace of the cars on fresh rubber, we may well conclude that we should have had both cars in the window. But it’s actually a decision that you sort of take before the incidents.

“The only real variable in the Safety Car is how many laps is it going to go on for? Because the rest of it you can judge at the time, you can make an estimate of who’s going to come in, who’s going to stay out, where are you going to end up. The big one, though, is, is it three laps, is it 10 laps? And that’s the one that you don’t know.”