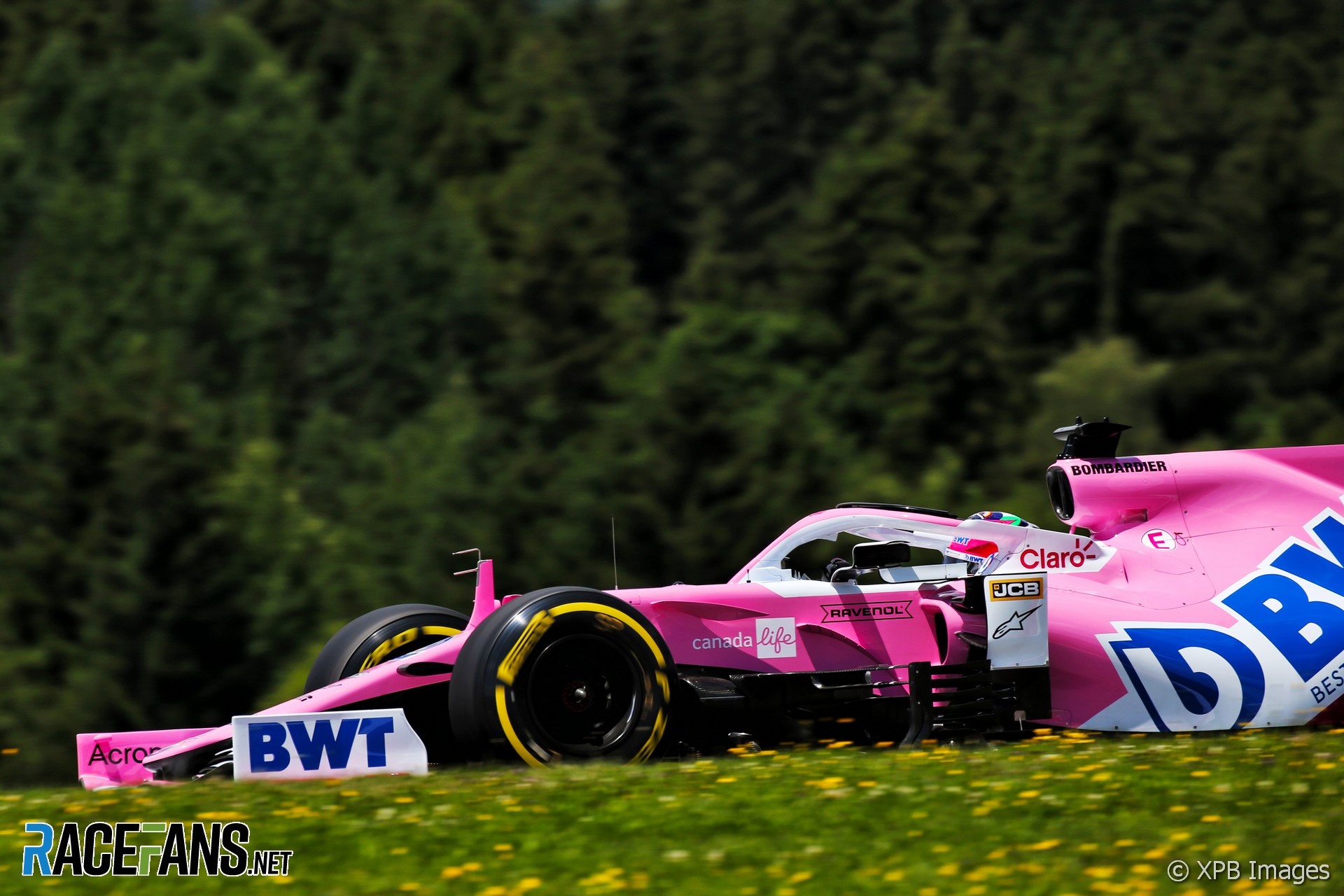 The FIA aims to rule on Renault’s protest against Racing Point before the next round of the championship at Silverstone.

However the governing body’s head of single seater technical matters, Nikolas Tombazis, said the dispute may not be settled until late August if the decision is subject to an appeal.

Renault lodged a protest against Racing Point over their brake ducts following Sunday’s Styrian Grand Prix. The stewards seized parts from Racing Point’s car and also requested Mercedes supply examples of the ducts from their championship-winning W10, which they raced last year. The protest concerns whether Racing Point have copied Mercedes’ design in a manner which is compliant with the rules.

Racing Point have been given three weeks’ time to submit a document in response to the charges, Tombazis explained. “I think it is fair to say that Racing Point are likely to finish this work earlier than three weeks. So I expect they would have a submission to make in the coming week.

“So I expect the stewards would convene sometime, probably, I would say the week before Silverstone. But again that depends on when Racing Point complete their submission and we, the FIA technical department, complete our submission.

“But a likely, possible adjudication date is a week before the first Silverstone. Under normal circumstances the stewards would decide within a few hours or a day or so from that hearing.”

The matter could rumble on for another month, however, if anyone lodges an appeal against that decision.

“Teams who have the right to appeal, I think they’ve got four days to appeal,”said Tombazis. “So theoretically the team that is less happy with the stewards’ decision can then decide to go to appeal and go to the international court of appeal.

“Then of course it’s another set of preparations and lawyers and submissions involved. So that could probably take us to the week after the Spanish Grand Prix or something along those lines. All of that is to be confirmed.

“So theoretically their decision is going to be the final one. So we’re talking towards late August that we could have a final decision if teams decide to to go to the ultimate step of appealing.”