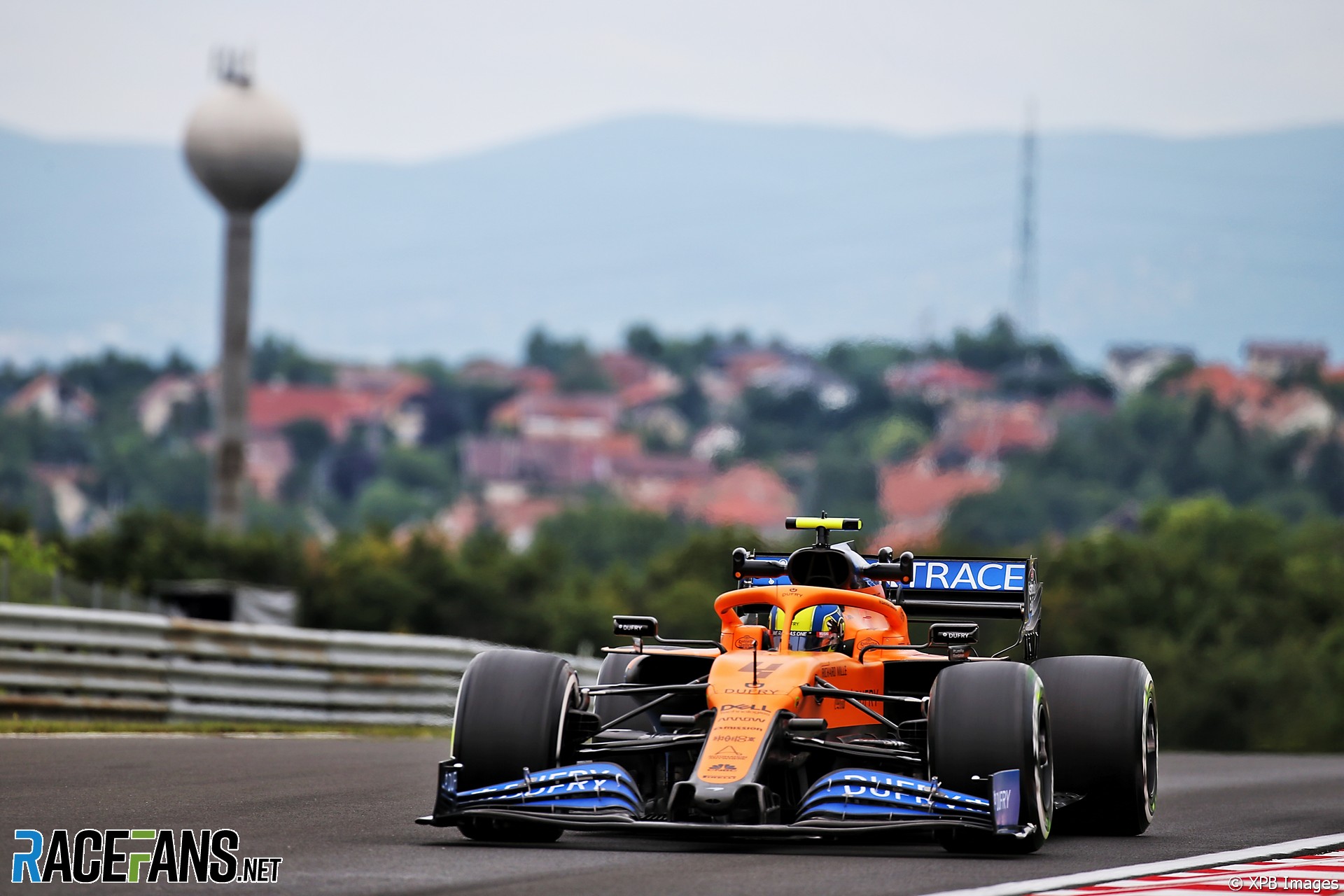 Lando Norris believes McLaren face a tougher weekend in Hungary than they did at the previous two races in Austria based on the team’s practice pace today.

Having finished the first two races in the top 10, Norris was only ninth-quickest in Friday’s only dry session, planing McLaren sixth out of the 10 teams.

“It was quite tricky,” said Norris. “I think we’re in a very different situation to Austria in terms of car balance and what we’re suffering with.

“A bit of a shock, I would say. Last year this was quite a good track for us. But after the feeling this morning it was not looking quite as good.

McLaren suspected the Hungaroring wouldn’t be as strong a circuit for them as the Red Bull Ring was, said Norris.

“There’s just so many things in Formula 1 which can affect different things,” he said. “The types of corners we have here are very different, a lot more slow speed, medium speed but also a lot tighter than what we had in Austria.

“The Tarmac difference, there’s so many variables. Obviously the set-up is very different – not that different, even, slightly. So we weren’t expecting it to be that different, but we knew, of course, it was going to be different.

“I think we just highlighted a few more of our weaknesses which we were expecting, but maybe not expecting them to be as visible as what they were this morning.”

The team’s closest rivals appear to be in better shape this weekend, Norris added.

“It’s not terrible but I think looking at the times everyone is kind of more in a place which we were expecting with the Renault being extremely quick, quite a bit quicker than us, Racing Point being where they should be, Ferrari being back where they should be. And Red Bull maybe not looking quite as good as what we thought but still being very quick.

“I think we’re still a bit in the unknown with what’s going to happen tomorrow on weather and conditions and everything. So it’s all to play for, it doesn’t mean we’re not looking good or anything. I think we can make some progress and then go again tomorrow.”