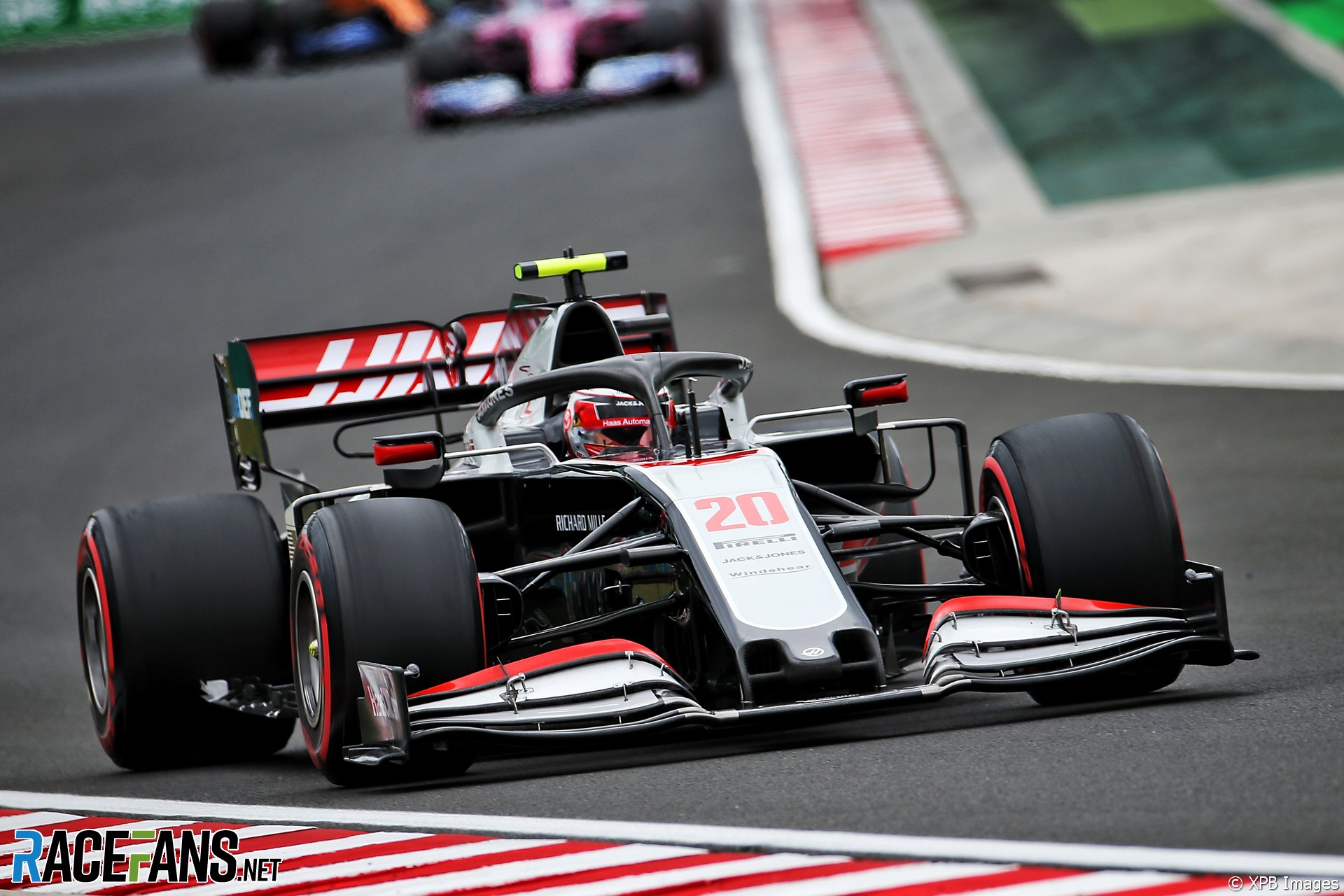 Kevin Magnussen wants Formula 1 to revise its rules to allow teams and drivers to discuss pit stop plans on the formation lap.

The Haas driver and team mate Romain Grosjean were given 10-second penalties after the Hungarian Grand Prix because the team told both of them to pit on the formation lap. While this is legal after the race has started, doing so on the formation lap is considered a violation of rules governing driver aids.

But Magnussen believes these rules were not intended to stop team discussing pit stops on the formation lap.

“Certainly it feels like these rules weren’t made to stop what we did in the race,” he said.

The Haas pair gambled on switching to slick tyres before the race started. Preventing teams having such discussions in the future could spoil races, Magnussen warned.

“Maybe they need to look at it for that, for strategic calls, because I think if we aren’t allowed to do that, that is going to take away from the show. It is exciting when you have these conditions that are right on the crossover and you can see these strategic calls.

“It would be good if they could allow that clearly in the rules. I don’t think it was 100% clear but it is what it is.”

Magnussen revealed he didn’t learn of his penalty, which dropped him from ninth to 10th in the final classification, until after he returned home.

“I didn’t know until I landed in Denmark after the race on Sunday,” he said. “I hadn’t thought about it because in my mind we’re not allowed to talk about any procedures and if the guys aren’t allowed to give us any instructions on burnouts and any driver aids on the formation lap.