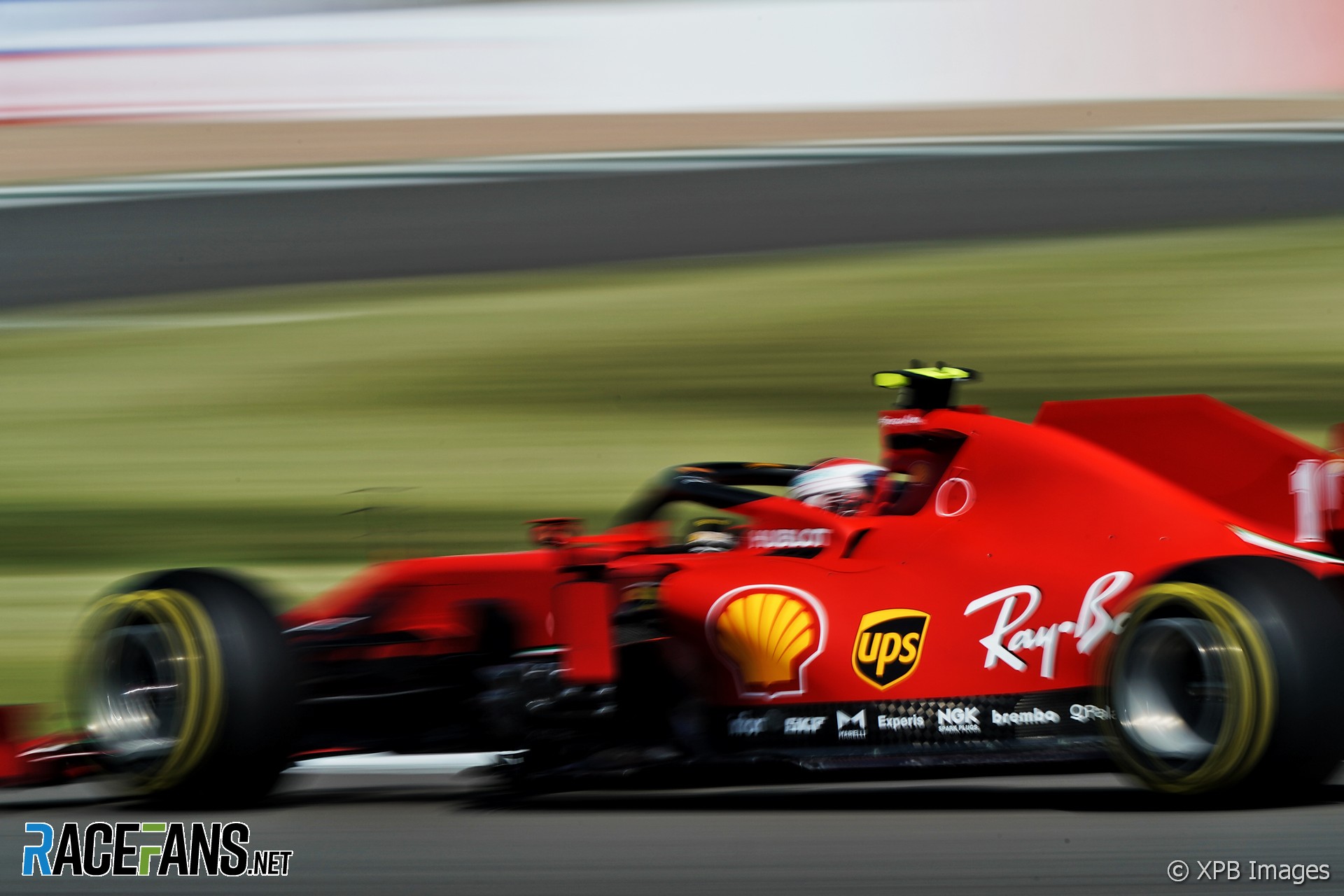 Friday’s running at Silverstone was expected to be inconclusive because of the very high temperatures that were forecast.

The data which came out of the two 90-minute sessions was probably even less representative than the teams were expecting. With several teams trying upgrade packages, some like Renault switching them between cars to conduct back-to-back comparisons, and Alexander Albon’s crash disrupting the qualifying simulations, it’s much harder than usual to get a picture of where everybody lies relative to each other.

Even if they don’t touch their cars overnight, teams are likely to find they handle very differently tomorrow, when the track is expected to be at least 10C cooler and the wind blowing in a different direction.

Lewis Hamilton was among those who wasn’t satisfied with his car’s handling. “The balance is not as good as I’d like,” he said. “We need to work on it tonight to try and see if we can figure it out. It’s not a disaster, but it’s definitely been a hard day.”

Hamilton ended second practice in fifth place after his run on soft tyres in second practice was disrupted by Albon’s red flag. “We went back out but I think the tyres weren’t as good as the first ones,” he added.

Both Albon and Max Verstappen said the Red Bull felt better than it did at the last race. Mercedes have reason to be warier of the RB16s this weekend. “It seems that we don’t have the same pace advantage that we had in Budapest,” said trackside engineering director Andrew Shovlin. “Red Bull in particular look close on a long run.”

It was a mixed day for Ferrari. Sebastian Vettel barely ran in the first session, then was hampered by a brake problem in the second.

Charles Leclerc was happier, feeling the team have made an improvement with the car’s one-lap pace, which has been a significant weakness so far this year.

“It wasn’t that bad actually,” he said after Friday’s running, “just the race pace we’ve been struggling massively. We definitely need to work on that.

“But the quali pace is a bit better than what we expected, to be honest. This is good. We’ve taken quite a radical approach with our downforce levels. It seems to pay off in qualifying but it doesn’t in the race.”

Racing Point continue to show promising pace, even if first place on the Friday times sheets flattered them a bit. “We knew coming into the weekend we could have a good shot at having a good result,” said Lance Stroll.

“Probably Racing Point are in different world,” Carlos Sainz Jnr admitted. “And Mercedes are in a different world.” But the McLaren driver believes they can “fight with Ferrari and Renault”.

The Renault pair swapped upgrades on their cars between sessions, though Daniel Ricciardo’s second practice run was disrupted by a cut tyre. After a tough weekend in Hungary, they look in better shape at Silverstone.

But the weather may have another surprise in store for all the drivers, as Ricciardo pointed out. The forecast has changed in the last 24 hours.

“I was just looking at the weather to see if the track temperature is going to drop and I just saw 60% chance of rain for qualifying tomorrow,” said Ricciardo. “I don’t think we were expecting rain all weekend. That’s England for you, that’s Silverstone. Maybe we’ve got to prepare for the wet…”