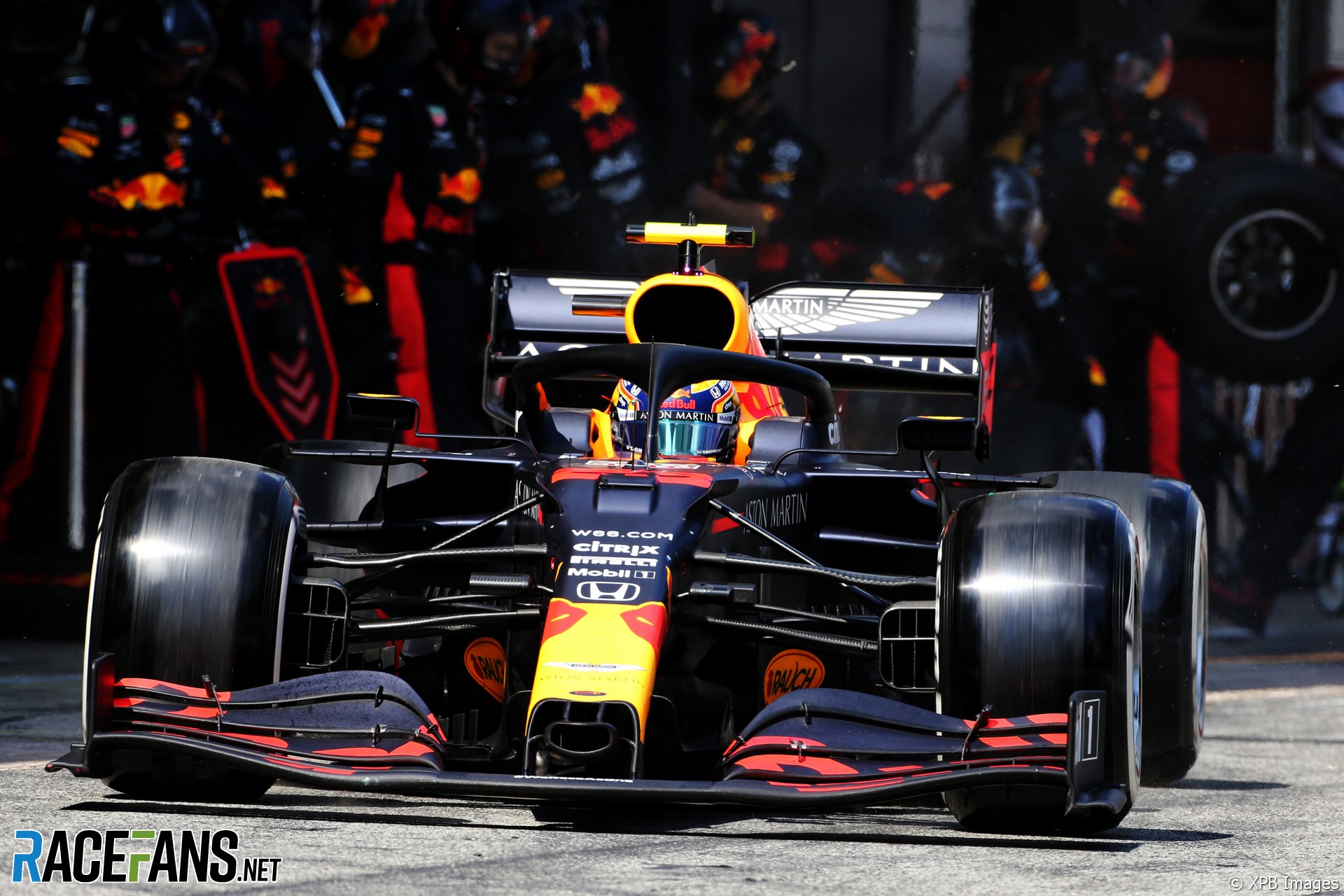 Alexander Albon said he didn’t know how to get better performance from his tyres after using all three compounds during the Spanish Grand Prix.

The Red Bull driver was the only one in the field to resort to running the hard tyre, which others rejected following its poor performance in practice on Friday.

Albon started sixth but finished the race in eighth place. “I honestly don’t know what to do to manage the tyres better,” he told his team on the radio after taking the chequered flag. “I literally cannot do anything on entries or exits, it just snaps all the time.”

“I don’t know really where to go faster,” he added.

Having pitted twice, Albon took the chequered flag behind Sebastian Vettel. Told the Ferrari driver ran a 37-lap stint on soft tyres to make his one-stop strategy work Albon replied: “No way. Our tyres were gone after seven laps.”

Speaking to media after the race Albon said: “We had no tyre life on all tyres. We just struggled.

“I was trying to nurse them as best as I could but they kept falling away from me. We need to have a look, see what went wrong and come back strong.”

While Albon has been able to gain positions in several recent races, he found it much harder to pass other cars at the Circuit de Catalunya.

46 comments on “Albon: “I don’t know what to do to manage the tyres better””