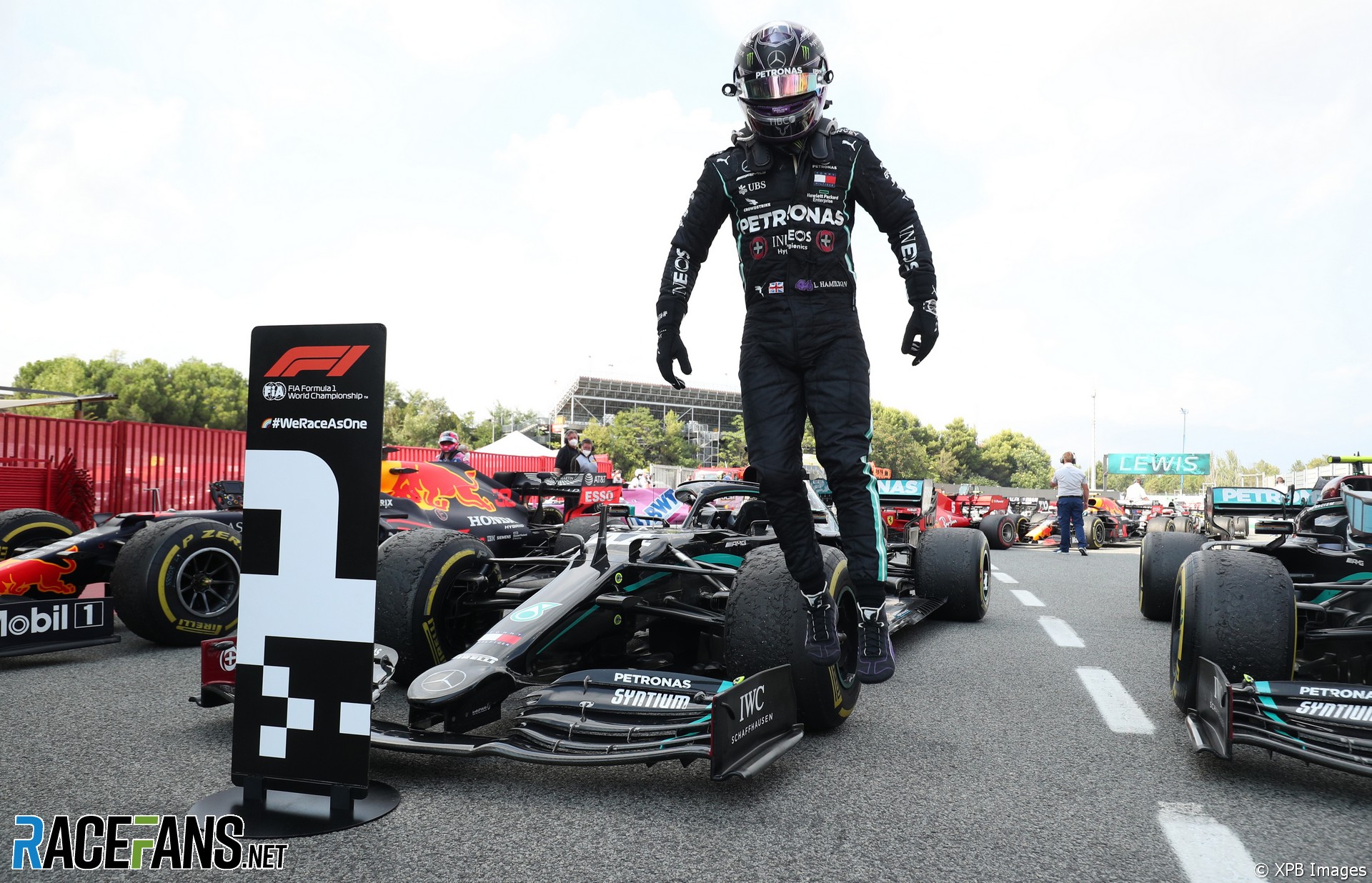 “I was in a different zone then,” said Hamilton on the radio after taking the chequered flag. “I didn’t even realise it was the last lap.”

The Mercedes driver finished 24 seconds ahead of his nearest rival, Max Verstappen. Valtteri Bottas, who finished third, was the only other driver Hamilton didn’t lap over the course of the 66-lap race.

“I didn’t even know it was the last lap at the end,” said Hamilton in the FIA press conference after the race. “That’s how zoned in I was. I was ready to keep going.”

“For whatever reason today, I can’t quite pinpoint why, but it was like a clear zone. The clarity that I had today whilst I was driving, I’m sure I’ve had it before but not always. I don’t even know how to really get into that zone. It’s hard to say what helps you get into that space.

“But of course I will evaluate this weekend and the feeling today. Honestly I felt fantastic in the car. It was physically challenging but in terms of not making any mistakes, delivering lap upon lap upon lap, I was in a perfect zone and that’s the zone that I dream of being in.”

He admitted he was surprised by his margin of victory at the end of the race.

“I never would have expected to have a lead of 24 seconds. That’s definitely not what we thought we’d have coming to this weekend.

“But I really put it down to that even when I was catching traffic I was gaining time rather than losing time which is never the case. Normally you lose time with traffic and today wasn’t the case.

“There were all these elements, which were just perfectly in place and I was very, very centred in my core. I’ve got to try and get there every week, every day.”

Asked whether he would compare his mental state to Ayrton Senna’s famous description of his 1988 pole position lap in Monaco, Hamilton said: “No, I wouldn’t describe it the same way as Ayrton would.

“Ultimately there is an immense amount of pressure on all of us to perform weekend in, weekend out and I think the goal is always to chase for perfection and be in that zone.”