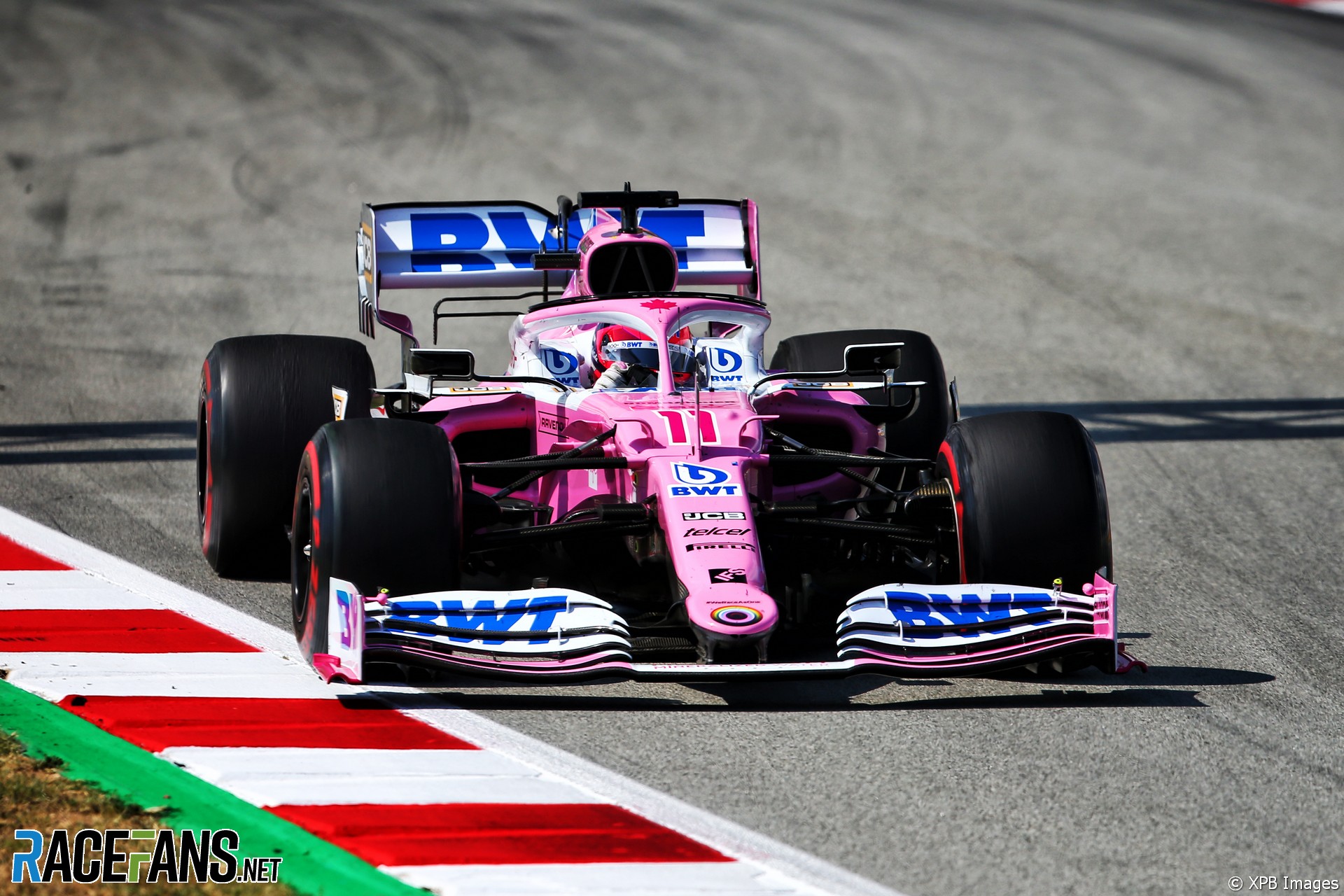 Sergio Perez criticised the five-second time penalty he was given for failing to respond to blue flags when Lewis Hamilton was lapping him in the Spanish Grand Prix.

“I don’t understand where I should have moved,” said Perez. “Hamilton caught me very late in the lap and then the final sector is very tight, very narrow.

“So I didn’t have anywhere, it would have been very unsafe for me to do something there. Still I got a penalty which I feel was very unfair, but it’s how it is.”

The Racing Point driver and AlphaTauri’s Daniil Kvyat were given the same penalty during the race for being slow to respond when they were lapped. Both were also given a penalty point each on their licences – Perez his first during the current 12-month period, Kvyat his fourth.

The stewards said Perez and Kvyat both “ignored blue flags from at least turn six to turn one of the following lap”.

Antonio Giovinazzi was also investigated for an incident involving Romain Grosjean. The stewards took no action against the Alfa Romeo driver after ruling he didn’t illegitimately force Grosjean off the track.

After reviewing video footage the stewards ruled “Giovinazzi had substantially completed the overtake on the inside at turn one and had the right to the line. Grosjean avoided a collision by going off track and correctly followed the race director’s instructions rejoining at turn three. Neither driver was predominantly at fault.”