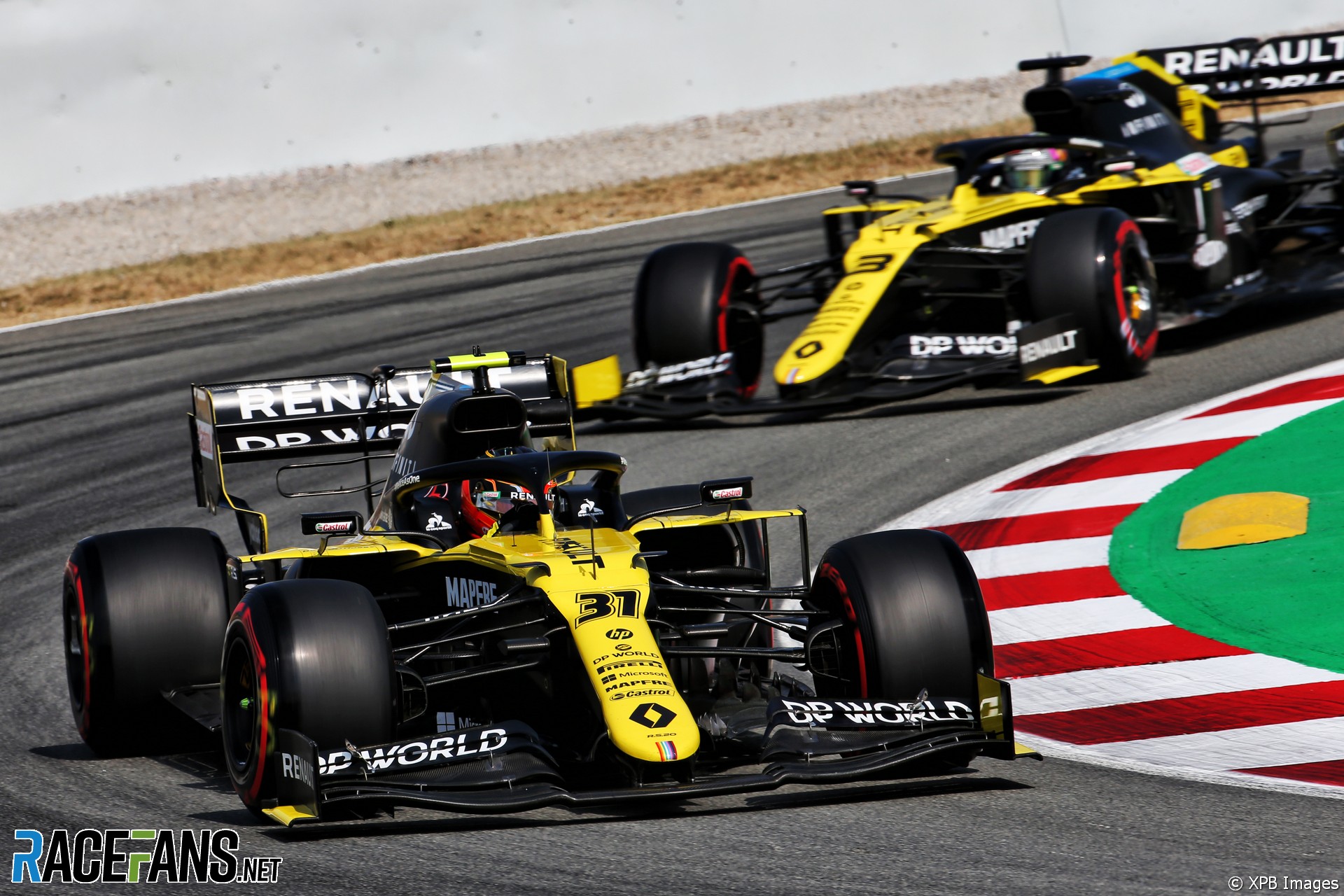 Renault will replace Esteban Ocon’s power unit for next week’s race, which he hopes will cure his car’s lack of straight-line speed compared to his team mate’s.

Ocon said he has been losing time on the straights to Daniel Ricciardo in the last two races.

“The main loss is in the straight-line,” he said on Saturday at Circuit de Catalunya. “This is what we see at the moment since Silverstone [race] two. There is a bit of a lap time that I’m losing in the straight between the two cars.

“That is the main loss that we are seeing. Obviously Daniel is [already] on his second engine so we don’t know if that comes from that. But at the moment we are seeing a loss of straight-line speed on my car.”

The team intends to fit a new power unit to Ocon’s car ahead of next week’s Belgian Grand Prix at Spa-Francorchamps, one of F1’s most demanding venues for engine performance.

“I feel like it’s going to be a fresh start,” said Ocon after Sunday’s race in Spain. “We have a week to analyse and recover all together.

“It’s going to be a new gearbox for me, a new engine, a lot of new parts as well, because we are obviously not happy with the performance difference between the cars. But hopefully that will make it closer and hopefully it’s going to be a fresh start for my side of the garage.”

However Ocon indicated the lack of straight-line speed is not the only reason for his deficit to Ricciardo in recent races.

“We are obviously changing the engine for the straight-line speed that I was lacking,” he said. “But there’s also other areas where I feel and we feel that we are not competitive enough compared to the other side of the garage.”