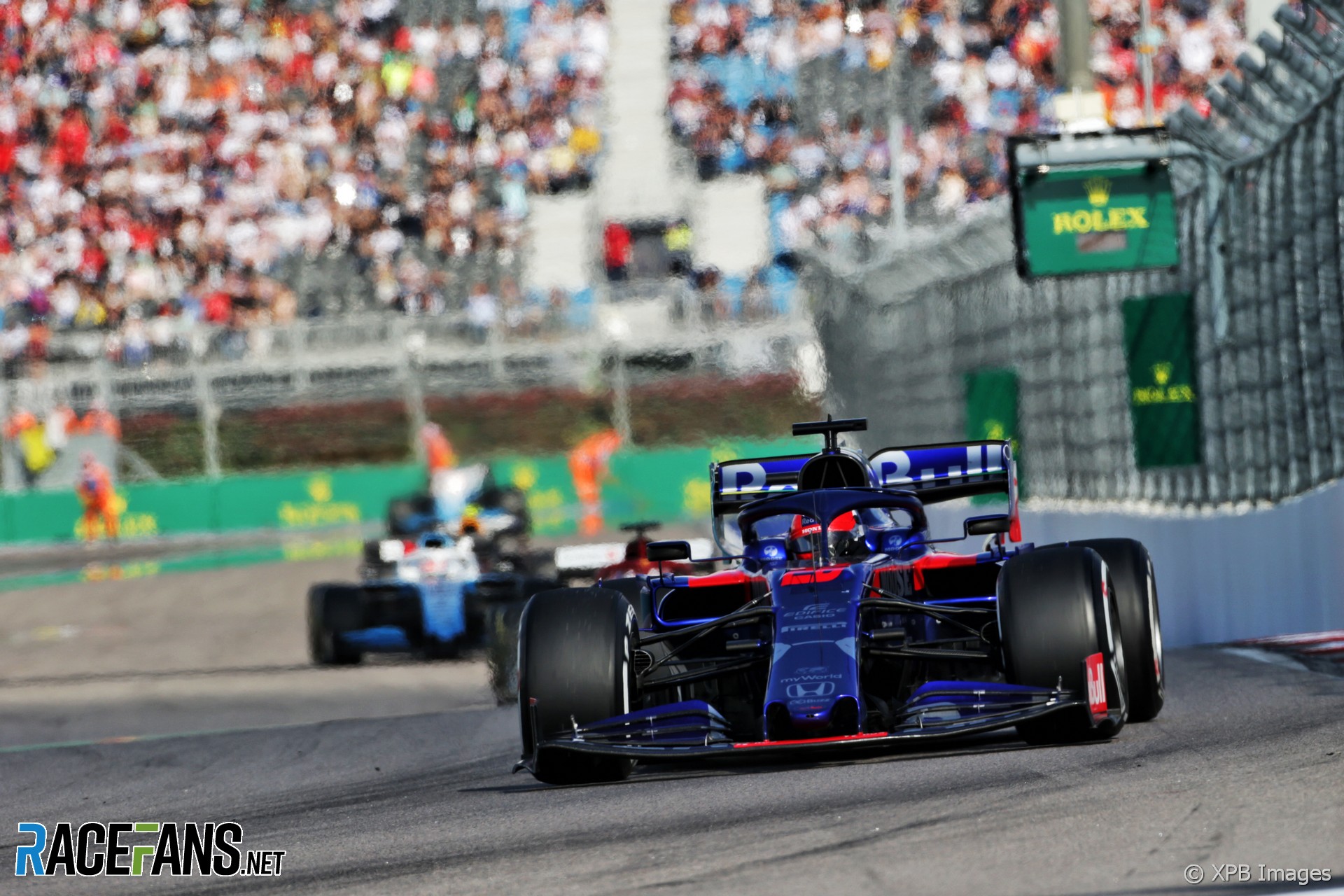 In the round-up: Daniil Kvyat is looking forward to the return of spectators in time for his home race at Sochi Autodrom next month.

All six Formula 1 races so far this year have been held behind closed doors, but some fans will be allowed into later events. Kvyat will be able to have some local support at his home race:

It’s great to have some people around. For sure, I guess, all the considerations in organisation have been made for to make it safe for everyone.

So to be honest I think it will be quite interesting to experience that the crowd will be there again in the grandstands because we didn’t have this for quite a long time. So it will be interesting to see that for sure. Quite exciting, of course, and having a home grand prix is always a privilege for every driver.

Behind Haas' decision to stay in F1 (Racer)

Guenther Steiner: "This separation between the big and small teams financially – that wasn’t done over two or three years; that was done over 20 years. Now to fix it in one go is not possible, but what we have fixed is pretty dramatic if you think about it."

Drugovich’s Guest Column: We had to work on ourselves (F2)

"It will also be quite emotionally for everyone, because of what happened with Anthoine last year. We have to keep that in mind and make sure that it doesn’t go by unnoticed, which it certainly won’t. We will make sure that we are remembering him, all of the time."

"For the first time, the two winners of the highly successful inaugural season of the F1 Esports Series China Championship (organised by licensed partner Juss Intellisports), Tang Tianyu and Yuan Yifan, will also be available for team selection after their success in last year’s regional campaign, where they came out on top as the fastest two drivers in the competition."

"In the future, there is a strong argument – that you can be quite sure that Formula 1 will be using – that Formula 1 can move more quickly than was previously possible (and reduce costs) by not having all the vast motorhomes of yesteryear and, at the same time, increase revenues by fitting in more races."

"The ops room was first utilized during the Porsche 919 Hybrid LMP1 program, where it’s believed dozens of engineers and staff worked from."

Alice Powell: "She's already won a karting championship and numerous races so she's experienced success. She's also had difficult times and has done well to overcome them. She deserves an opportunity to try and get a place in the Ferrari Academy."

The FIA is tightening the power unit rules when it should be loosening them, says @Chimaera2003:

I think it is getting to the point that there needs to be a massive relaxation on the power unit regulations rather than trying to police everything as the FIA are effectively admitting that they are struggling. All that needs to be mandated is the basic power unit architecture.

Surely as along as you properly police the total fuel that is burned (so keep the sensor), how it is burned and how the battery deploys should be down to the teams instead as they can’t magic energy from thin air.

This would deliver more innovation and more speed, downside could be if one team finds something spectacular then it could create a uneven playing field but that that has been true on the aerodynamic side ever since I started watching F1.

I wouldn’t go more extreme and state that any architecture is allowed since I highly doubt that any team will go back to a normally aspirated engine given the efficiency gains (i.e. less fuel needed) for a turbo hybrid.
@Chimaera2003