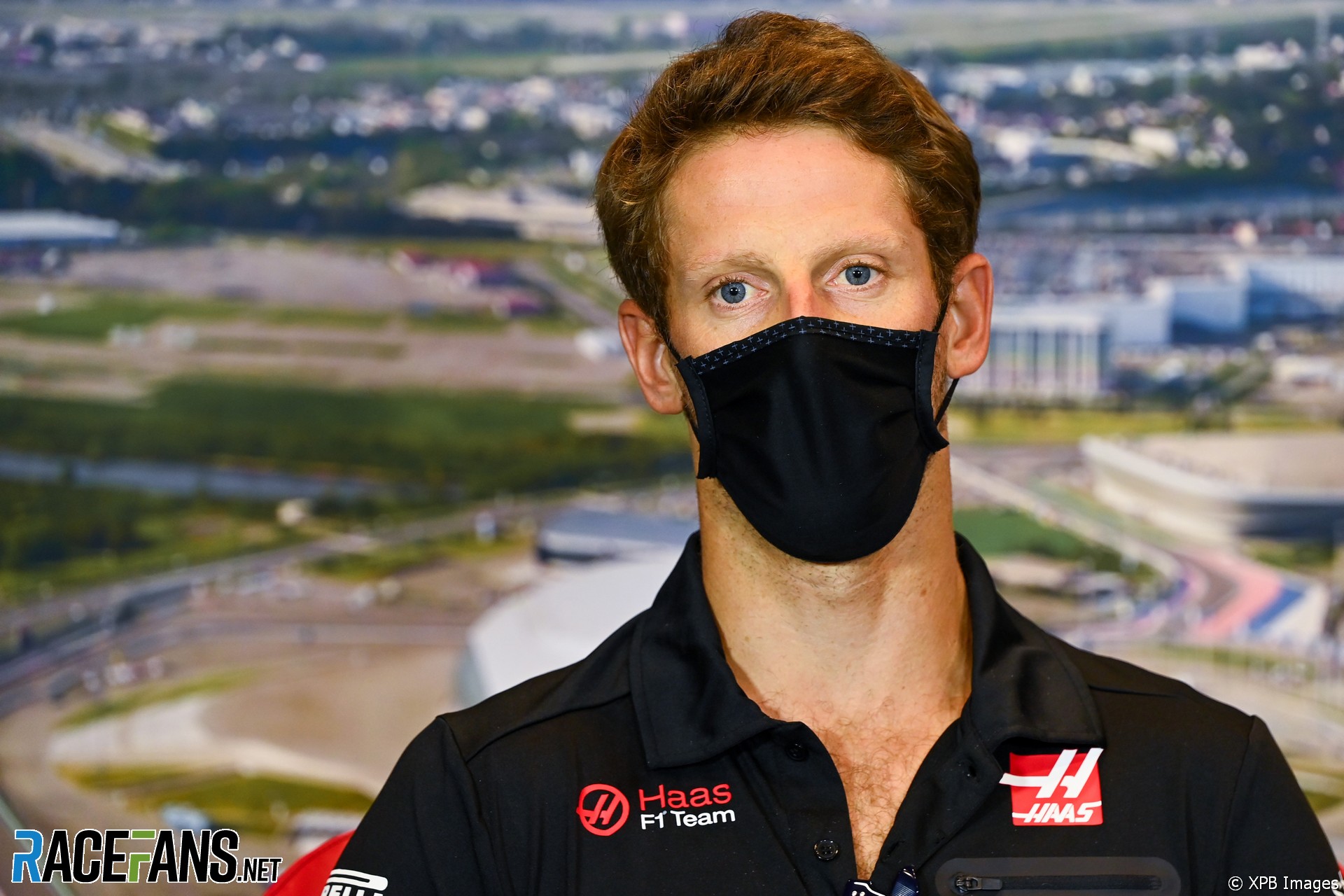 Romain Grosjean doesn’t approve of F1’s plan to introduce reverse-grid qualifying races – even if it means he would get to start from pole position.

The proposal would involve replacing qualifying sessions with short sprint races starting with the drivers in reverse championship order. The result of the races would set the starting grid for the following day’s grand prix.

Formula 1 managing director Ross Brawn is keen to introduce the proposal at a limited number of rounds next year. Grosjean is currently last in the drivers’ standings, and would therefore take pole position under such an arrangement.

Even so Grosjean, who has never started an F1 race from pole position, is against the proposal.

“I still don’t like it,” he said in response to a question from RaceFans. “Even though we’d start on pole, I don’t like it.”

The Haas driver said the standard of competition behind the front-running drivers shows Formula 1 doesn’t need to resort to gimmicks to create good races.

“I think the midfield battle – sorry to say, but once you remove the Mercedes and Max Verstappen – the battle is going on absolutely flat out and it’s mega.

“So I guess the solution for me is somewhere else. We just need to find a solution that the cars are more together in terms of performance.

“Mercedes has been doing an incredible job for many years now and if everything stays the same for next year I still see them being world champions and probably Lewis [Hamilton] being eight-times world champion, which will be very incredible.

“But I think to me it’s more that we need to bring the field together rather than trying reverse grid and things like that. It just doesn’t fit quite what I’ve been growing up with and what I’d like to see in Formula 1.”