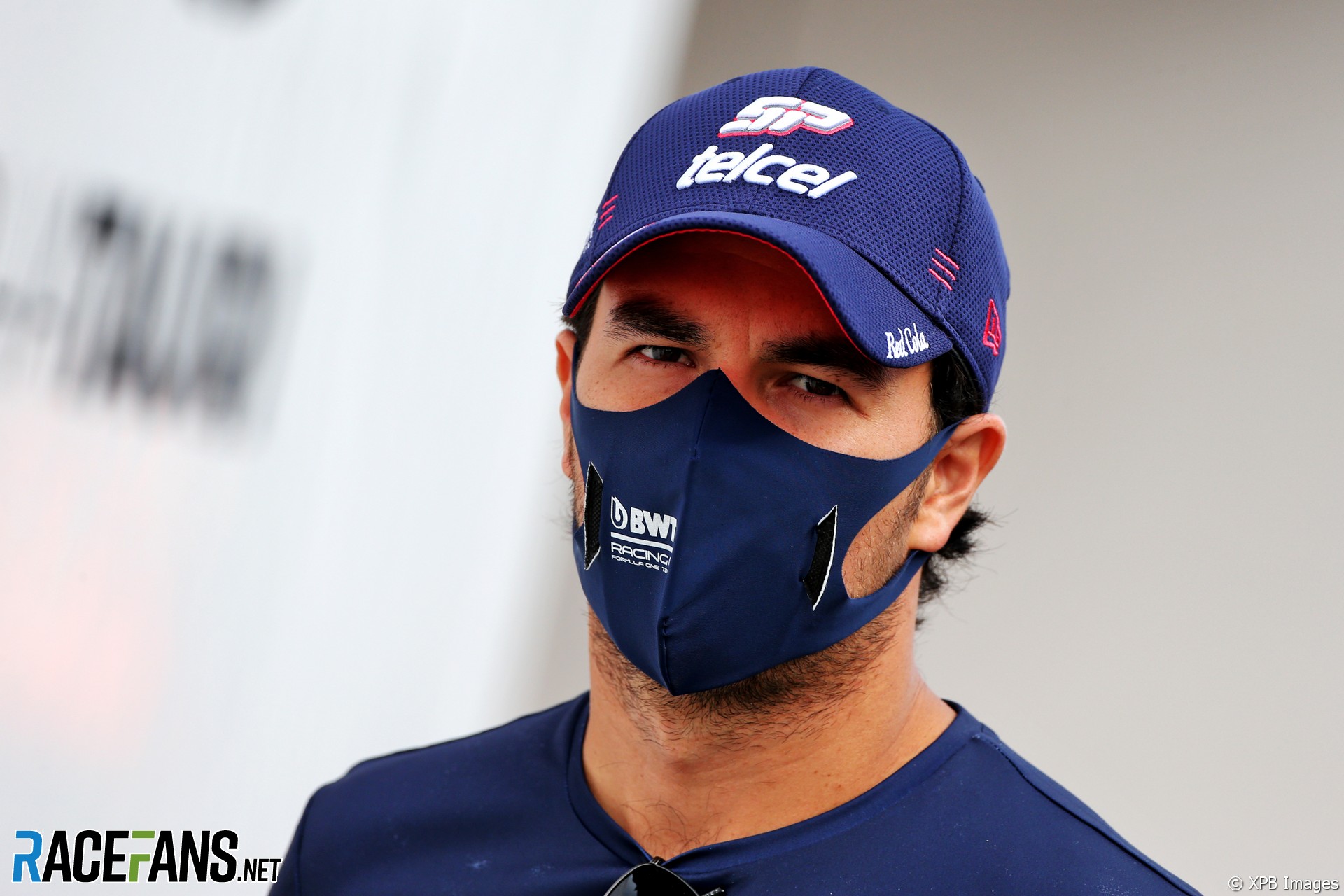 Sergio Perez has admitted he learned he would lose his seat at Racing Point to Sebastian Vettel because he overheard team owner Lawrence Stroll discussing it on the telephone.

RaceFans revealed earlier this month Perez had discovered the team had decided to replace him when he accidentally heard a conversation between Stroll and the team’s lawyer.

“I’m surprised how things go into the media so easily,” Perez told Sky in an interview. “I think in a way I’m a bit disappointed in that regard because I feel that those things should stay internally within us. We know what happened, what we did and so on.”

Perez heard Stroll outlining the terms of Vettel’s deal on the Sunday of the Italian Grand Prix weekend at Monza.

“It’s true,” said Perez. “I found out on Sunday that I was not going to stay. They still did other things in that regard. So I already knew in advance.”

In 2018, Perez played a key role in assisting Stroll’s takeover of the team – then known as Force India – by triggering the legal proceedings which put them into administration. He said he was disappointed the team’s CEO Otmar Szafnauer did not draw attention to this when the team confirmed they had cut Perez’s contract short to bring Vettel in.

“I was also disappointed that not really pretty much no one has said anything about that,” said Perez. “I heard that it was not going out in the press release but they were going to mention that, Otmar was going to mention that in interviews and so on. I didn’t see anything.

“But it’s fine. I never done it for people to give me anything. I guess this is Formula 1. But I just found it a bit difficult that we’ve been together for so many years, I expected a bit more transparency.

“But at the same time I think Otmar is not in an easy position too. From Lawrence’s point of view I understand everything. I’ve got nothing against him. And for the team as well, this team is such a big part of me that I want them to do very well in their future. That’s the most important thing for me.”