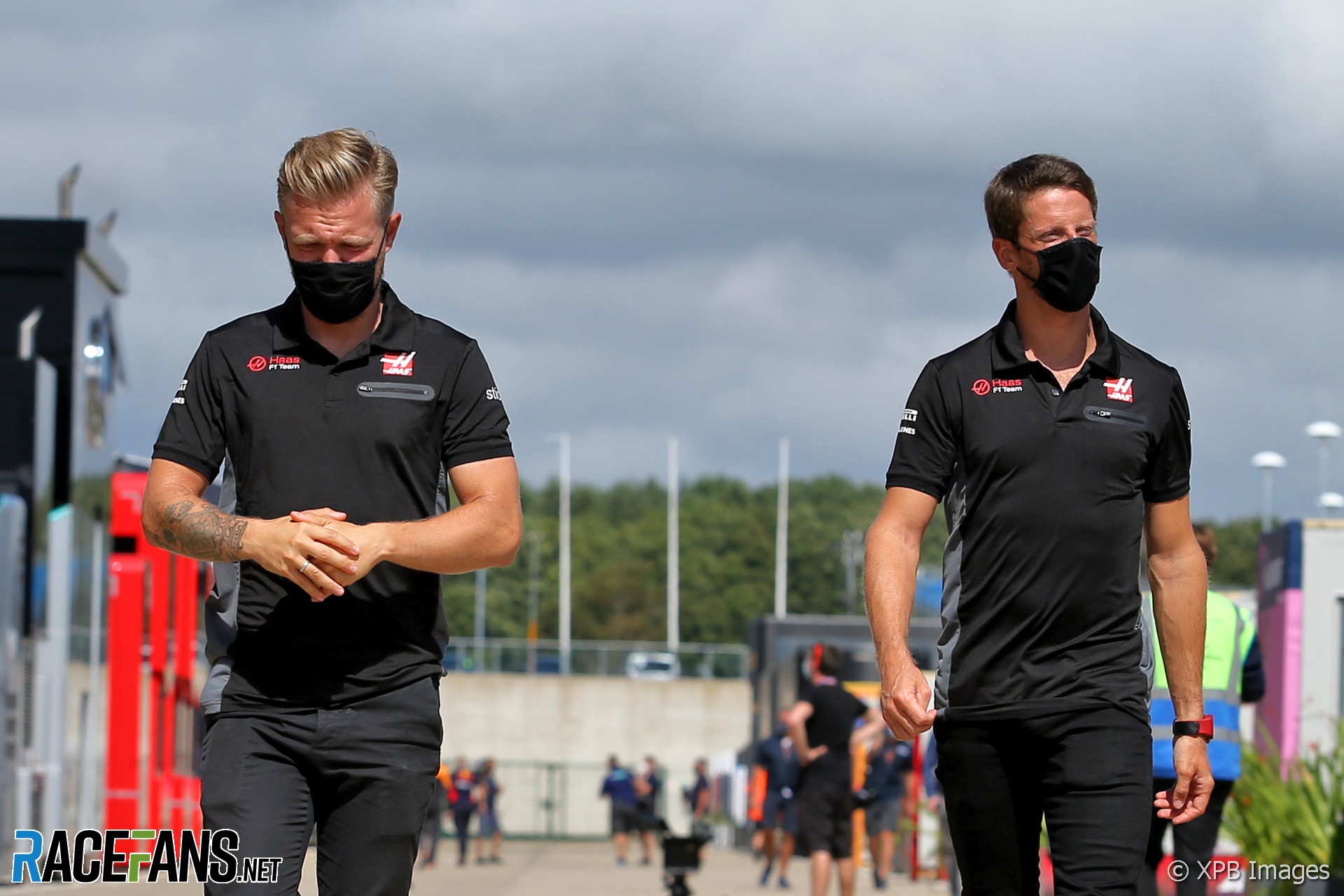 As Formula 1 arrives for its first race at Autodromo do Algarve the paddock chatter surrounds the 2021 driver market – and the recent revelation of more positive Covid-19 tests at Racing Point.

Although the track is holding its first grand prix many of the current F1 drivers have driven the circuit before. Will experience prove essential for the circuit known for having several blind corners? And will teams be able to get the most out of the upgrade packages they weren’t all able to run properly at the Nurburgring?

The silly season gets sillier

The 2021 F1 season is increasingly shaping up as one of the busiest on the driver market for a while. We could see as many moves as in the hectic 2018-19 reshuffle.

As covered here previously, Ferrari Driver Academy member Mick Schumacher looks likely to take one seat. There is an outside chance Ferrari may prefer to place him alongside the experienced Kimi Raikkonen to learn from at Alfa Romeo, and move the steadily improving Antonio Giovinazzi sideways to Haas.

The latter would be a wise move if Haas indeed intends to give the other seat to Formula 2 racer Nikita Mazepin, whose father has been in discussions with the team. Nonetheless Haas team principal Guenther Steiner hasn’t discounted the possibility of running two rookies.

Mazepin secured the runner-up spot in F3 two years ago, and taken a pair of F2 wins this year (and lost one in a bad-tempered event at Spa). The financial backing which comes courtesy of his billionaire father will undoubtedly appeal to Haas.

The vastly more experienced Sergio Perez, who also brings a chunk of backing, could also fit here. But he may not fancy trading the best engine in F1 for the worst, and could spy an opportunity to keep Mercedes power beneath his right foot at Williams.

Last time out at the Nurburgring, it was the older drivers who’d had a chance to experience the track in F1 before. At Portimao, though, with no prior F1 race having run there, it’s the younger drivers who have more experience between them.

Alexander Albon, George Russell, Lance Stroll, Antonio Giovinazzi and Charles Leclerc all raced in Algarve during their European F3 careers and although neither Max Verstappen nor Lando Norris has competed on the track, both have run test days here. Verstappen spent two days at the circuit with a GT3 car this January, to prepare for the 2020 season and Norris did an F1 test at Algarve in 2017, driving the 2011 MP4-26.

Sergio Perez and Romain Grosjean also drove the circuit in GP2 and Daniel Ricciardo made his Formula Renault 3.5 debut at the track, in 2009.

Lewis Hamilton is the only driver on the grid to have run during an official F1 session there, at a test in 2009. However, if Nico Hulkenberg is called up to substitute again for any reason, he also drove that test for Williams and won a GP2 feature race at the circuit, sealing that year’s title.

Following Lance Stroll’s disclosure that he tested positive for Covid-19 after the Eifel Grand Prix, fresh questions have been raised about how well F1’s COVID protocols are working.

The Portuguese circuit was originally set to welcome around 28,000 spectators and host the return of F1’s VIP Paddock Club. A small limitation has been placed on the event, restricting the circuit (which has an official capacity of 90,000) to 27,500 fans per day, all of whom will be seated at spaced intervals and directed to their grandstand without mingling.

Portugal has now passed 100,000 Covid-19 cases (106,271 as of today, with 2,229 deaths) and with cases rising steadily still, the Portuguese prime minister has warned there is a risk of a second lockdown if infection cannot be controlled.

Racing Point and McLaren both brought substantial upgrade packages to the Eifel Grand Prix but without practice running, weren’t able to maximise their set-up. If this weekend goes ahead more smoothly then the advantage that Renault were able to take at the Nurburgring could be eaten into by their rivals.

All three teams are separated by just six points in the constructors’ standings so a good double-points finish will be their priorities.

Algarve is a very undulating circuit, with plenty of elevation changes to keep drivers occupied with both the track’s challenging bumps and trying to stay aware of where other cars are on track around them.

Albon, who raced on the track in Formula 3, said some of the corners have absolutely no visibility. “At one section of track you go up a hill almost blind where you feel like the car is going to take off and then it suddenly drops down a hill before rising again into a completely blind corner.

“You brake, turn in, and you don’t know where you’re going and then the corner just appears on your right, before dropping down massively again.”

Several drivers have now used their maximum allocation of power unit elements; Max Verstappen, Daniel Ricciardo, Lance Stroll and Pierre Gasly had used the maximum three internal combustion engines, turbochargers, MGU-K and MGU-H by the start of the Eifel Grand Prix and Lando Norris moved up to equal them after an overnight complete change to the power unit on his car between qualifying and the race.

Norris’ subsequent requirement with power unit issues might bode poorly for his chances of escaping a grid-place drop for additional replacement elements but with him and Ricciardo very close in the standings, any additional reliability issues for either could prove decisive in the fight for fourth place.

The Mercedes drivers will also move up to the maximum allocation on some parts this weekend. However Valtteri Bottas will avoid a grid penalty following his Nurburgring failure unless he encounters further problems.

It’s a long shot, but the constructors championship could be decided this weekend. Mercedes lead the points standings by 180 points over Red Bull, the only team which could still beat them. If they have a 220-point lead on Sunday evening, they will clinch their seventh constructors’ championship in a row.

To do that they would need to win the race with their second car no lower than third, while Red Bull score almost nothing. That’s not impossible, but it’s more likely they’ll put a lock on the silverware at Imola next weekend.

Hamilton breaking the record he equalled

Hamilton equalled Michael Schumacher’s record of 91 Grand Prix wins at the Nurburgring; if he wins in Algarve then he will surpass it for the outright most wins of any Formula 1 driver in the history of the sport. Schumacher has held the record since the 2001 Belgian Grand Prix, when he surpassed previous holder Alain Prost.

Who do you think will be the team to beat in the Portuguese Grand Prix? Have your say below.

13 comments on “Who will Haas replace their drivers with? Eight Portuguese GP talking points”