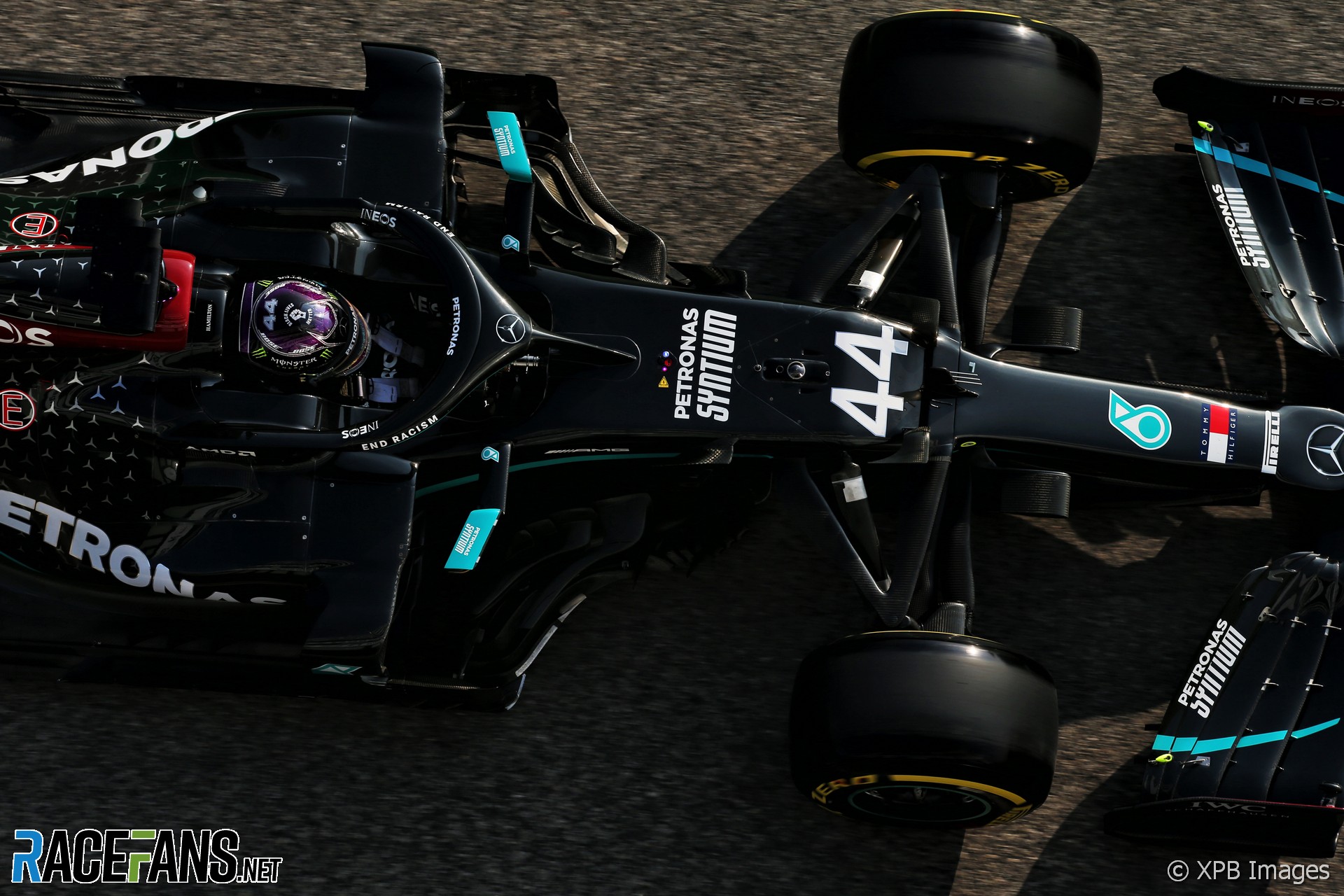 “Valtteri did a great job and it was a pretty piss-poor lap by myself,” said Hamilton after qualifying. “But these things happen, you can’t always get it perfect.”

The Mercedes pair swept the front row of the grid as usual, with Max Verstappen over half a second behind. Hamilton said Mercedes’ performance is “really remarkable” this weekend.

“It feels better here than it did in the last race,” he said. “It was a real challenge out there but I enjoyed it.” However Hamilton said Red Bull looked “very strong on their race runs” during the only practice session this morning.

Hamilton expects it will be difficult to pass Bottas tomorrow due to the configuration of the Imola circuit and the tight gap between the two of them.

“What is unfortunately really with this track is it’s so beautiful to drive but I’m pretty certain you’re going to see a pretty boring race tomorrow,” he said.

“You can overtake on this long straight, but it’s quite narrow, you can’t follow. Once you get into turn one it’s a train from there. There’s no single place to overtake anywhere else.

“So it’s going to be a challenge for people following. The DRS will hopefully give some overtaking opportunities into turn one for people.

“For us that means we’re within half a tenth of each other so to have an opportunity of overtaking I think you need a gain of something like two seconds to the car ahead to have a chance. Nonetheless I’m going to give it everything I’ve got tomorrow.”