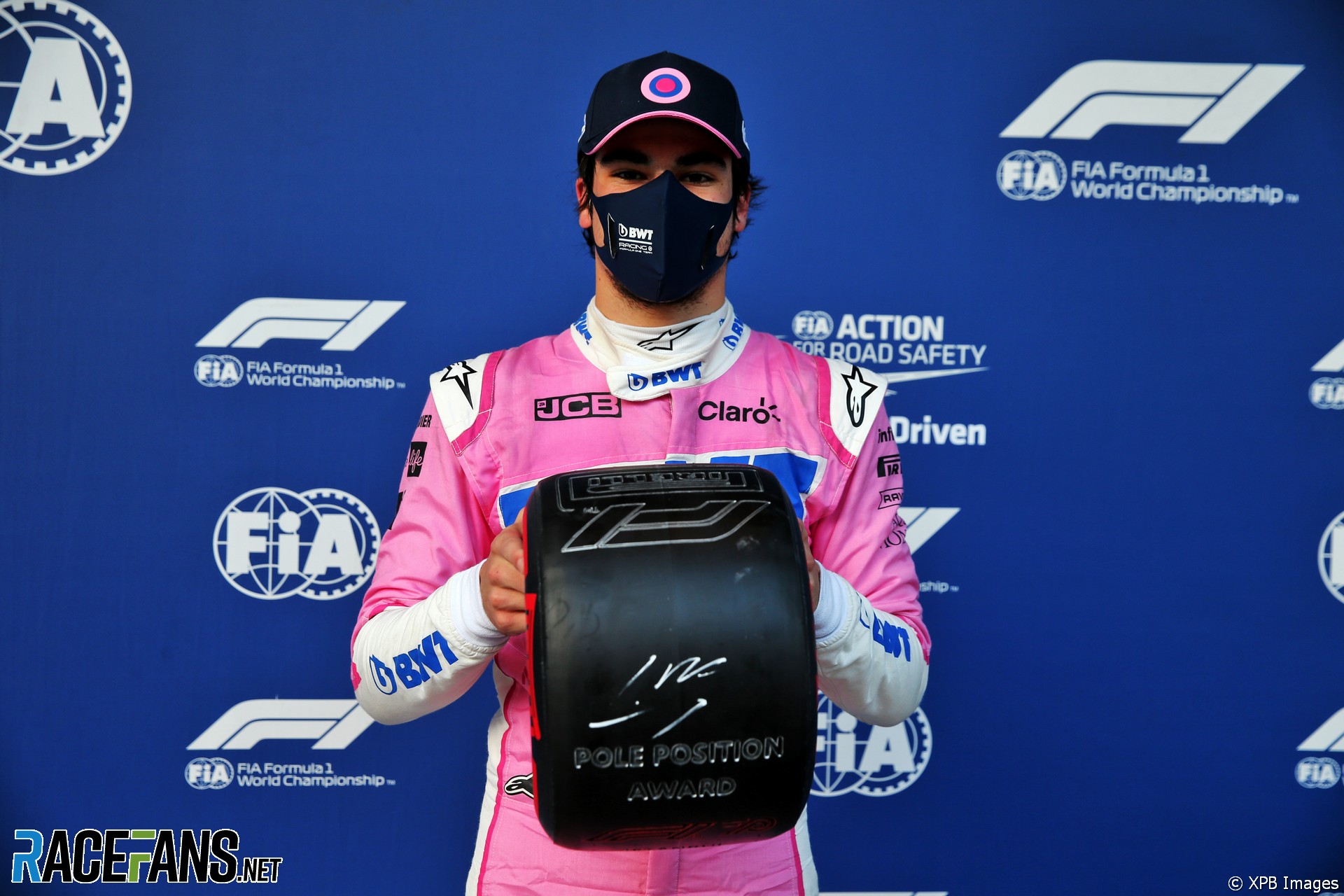 Lance Stroll has secured the first pole position of his career after the stewards cleared him of failing to slow sufficiently for yellow flags during qualifying.

The Racing Point driver was under investigation for failing to slow sufficiently for yellow flags during his fastest lap in Q3. Stroll passed single waved yellow flags at turn seven where his team mate Sergio Perez had spun.

After examining video, telemetry and data from the marshalling system, the stewards ruled Stroll had slowed in response to the yellow flags. They noted that the rate at which the track was drying made it hard to judge how much he had backed off from his sector times alone.

“Car 18 [Stroll] approached turn seven with a single yellow flag showing for the sector due to car 11 (Sergio Perez) off track on the outside of the corner,” the stewards noted. “By telemetry, car 18 clearly came off the throttle, coasted into the corner, and then accelerated when clear of the incident.

“Sector times do not clearly show this as the track was rapidly drying and each lap was quicker than the preceding lap.”

The stewards are yet to rule on two other incidents relating to yellow flags. Lando Norris and George Russell are also under investigation, both for incidents in Q1.