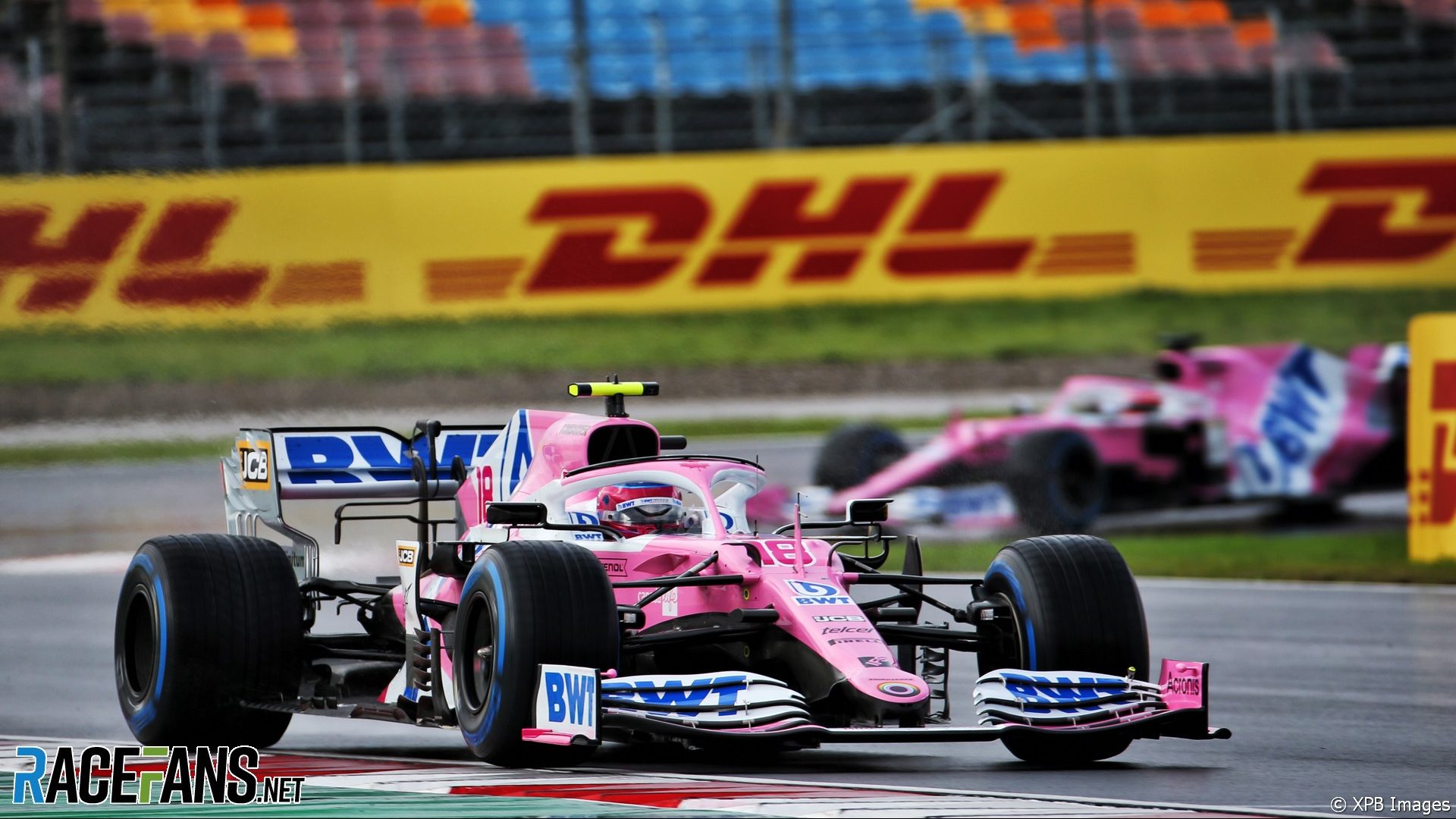 Lance Stroll said he was frustrated at finishing ninth having led the early stages of the Turkish Grand Prix.

The Racing Point driver enjoyed a comfortable lead early in the race but came under pressure from team mate Sergio Perez and several other drivers when he experienced graining in his second stint. He was brought in for a second pit stop and a fresh set of intermediate tyres which dropped him back into the midfield, where several other drivers passed him.

“That was so ridiculous,” Stroll fumed on his radio after the race. “What the hell happened? Just no pace.”

Told Perez had reached the end of the race without making a second pit stop Stroll said: “I know but we were struggling so much more than him on that tyre.”

Stroll told Sky after the race he was at a loss to understand his difficulties with the tyres.

“I don’t know what happened,” he said. “I don’t understand. We had so much graining on the first set of intermediates, we decided to pit, we were losing seconds a lap. And I don’t know where that graining came, it just happened instantly.”

He had been 10 seconds ahead of his team mate earlier in the race. “We started the race on full wets and then I put an inter on and I was quite far up the road. It grained again, massive graining and no pace. So we have to look into it, it’s pretty terrible today.”

Stroll finished the race 72 seconds behind winner Lewis Hamilton and over 40 second behind Perez, who finished second.

“It’s frustrating when you’re in the lead by 10 seconds and all of a sudden you finish ninth,” he admitted. “I don’t understand how that happens.

“I mean I do, it’s graining, but we just need to look into why it hit me so much harder than the other car. I’m not sure why.”