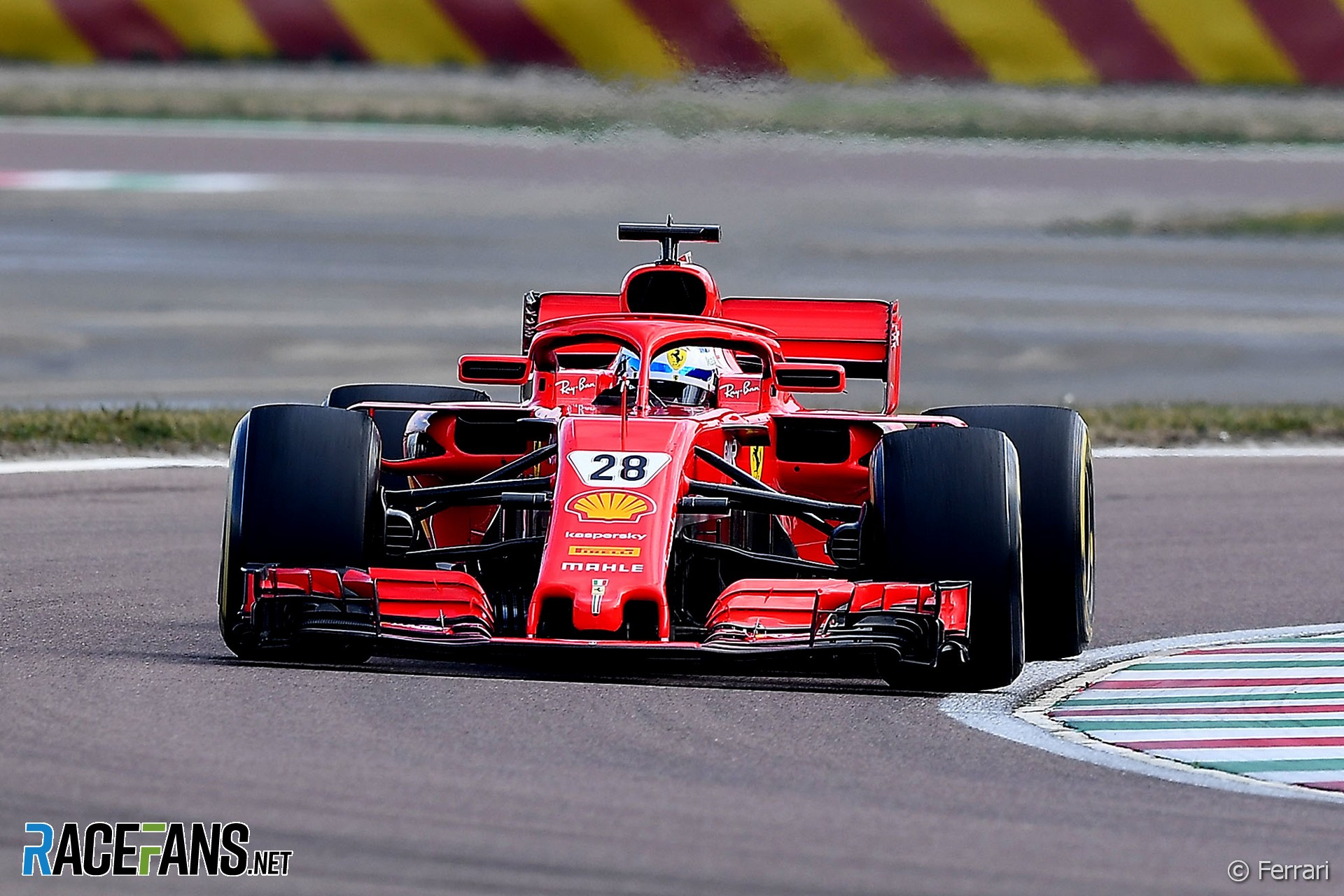 Giuliano Alesi’s first test in a Formula 1 car with Ferrari today marks his departure from the team’s young driver roster, he has confirmed.

The son of one-time F1 race winner Jean Alesi revealed after his Fiorano test he is leaving Ferrari’s Driver Academy and will not return to Formula 2 this year either.

“I’d like to thank Ferrari and the FDA for this fantastic opportunity today,” he said. “To be able to get in the cockpit of the SF71H was incredibly exciting as was driving the car on track with my father watching and sporting the same race number he used.”

Alesi drove Ferrari’s SF71H, which the team raced in 2018. It sported the number 28, which his father used during his first season at Ferrari in 1991 before switching to 27.

“In terms of handling, the car is not too difficult to drive,” Alesi continued, “but the power was surprising and never seems to end. The immediacy and efficiency of the braking is also impressive.”

Alesi has been an FDA member since 2016. He spent three years in GP3 with Trident, winning four races and peaking with fifth in the 2017 championship, before graduating to Formula 2 with the team in 2019. He scored 20 points in his first season, ending the year 15th, but slipped to 17th last year following a mid-season change of teams from HWA to MP.

“This test was the best way possible for me to bid farewell to Ferrari,” said Alesi. “Now a new adventure awaits me in Asia and I can’t wait for it to start.”

Ferrari also used the test to give another FDA member, Marcus Armstrong, his first run in a Formula 1 car. “Obviously this was a special day in my life,” he said.

“Being at the wheel of a Formula 1 car for the first time is always something magical and when the car is a Ferrari, then it’s really unforgettable.

“People always say it’s the braking that is the most impressive aspect and that was the case, but also the aerodynamic downforce, the speed in the corners, the steering, the power and the perfect gear changes are all on a different planet compared to the other racing categories.”