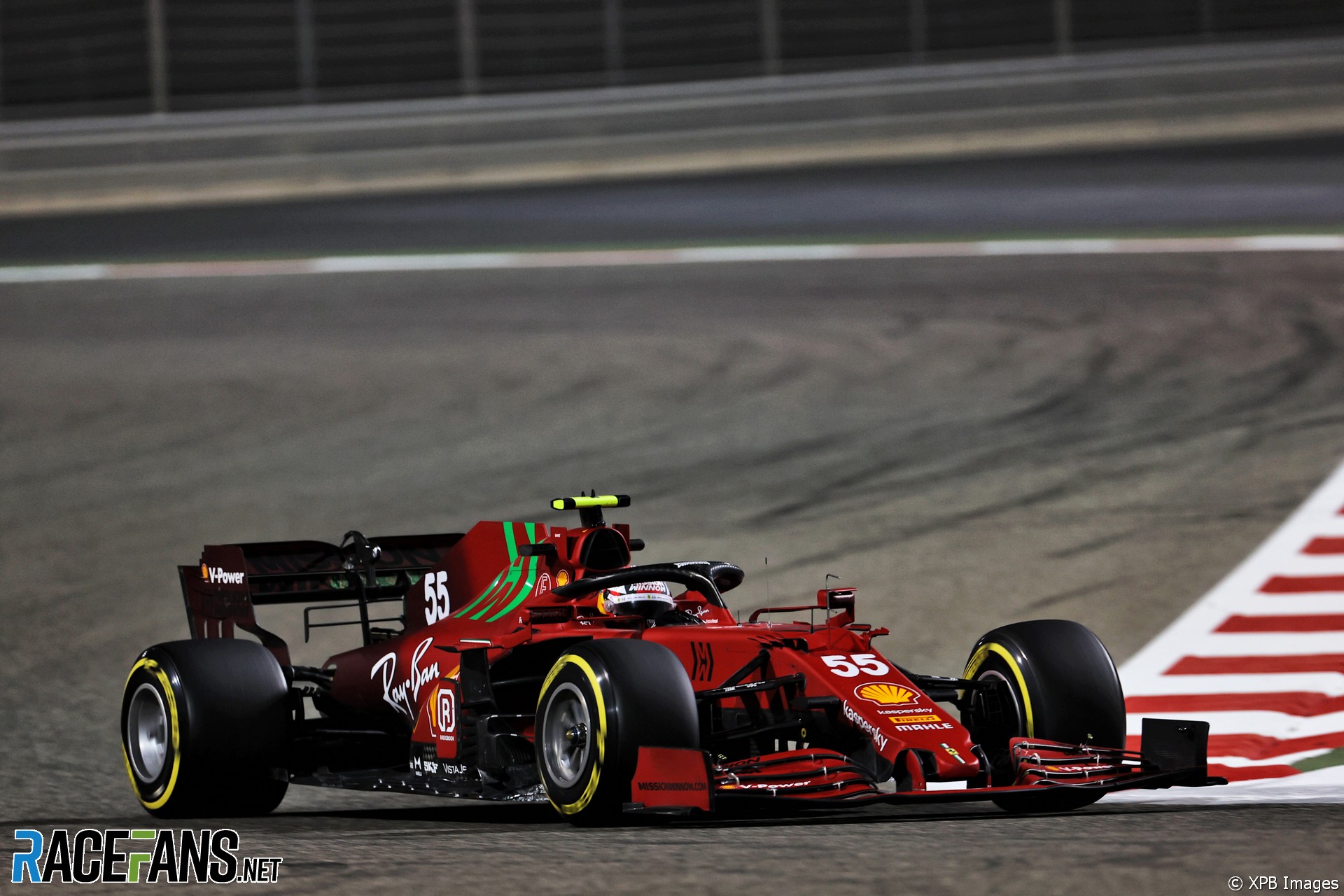 Carlos Sainz Jnr is hoping for calmer conditions over the remaining days of testing in Bahrain after a sandstorm disrupted his first run for Ferrari.

The wind grew in intensity during the course of today’s test and blew a considerable amount of sand onto the circuit. Sainz described how the gusts made for a challenging first official day of running with his new team.

He said he needs “a bit more of a calm day” to give feedback on the car’s limitations. “The fact that I did my debut with Ferrari with a sandstorm and 50kph of gust wind, it didn’t help, for sure.

“But let’s see if later in the test or at some race weekends we have a bit of a calmer situation to assess more the little fine-tunings and the little tricks of the car.”

Sainz said it was “difficult to tell” how confident he felt in the SF21 “because I don’t think I’m actually [driving] at the limit yet.”

However he is satisfied with the preparation he did prior to the test, which included a run in a three-year-old Ferrari at Fiorano.

“I think I’ve arrived to the first test as prepared as I could have arrived, even with all the [pandemic] situation. I feel like from lap one I was on top of the steering wheel, of the switches, knowing what we wanted to test, we tested exactly everything I wanted to test. So I felt on top of the basic stuff.

“Now it’s time to challenge the car and little by little try to find its tricks where the last two or three tenths are which is the limit of the car. And that’s going to to take some time and a lot of new sets of tyres, long runs to know exactly where that is.”

Sainz took over the Ferrari during the lunch break from team mate Charles Leclerc, who came to a stop at the end of the morning session with a technical problem. That had an effect on how much running Sainz was able to do.

“We went out a bit later. But in the end, we shortened up the timings of the [pit] stops and I didn’t care at the end because I could do all the laps and all the things that I have planned.

“You need to take into account that in testing the teams are extra-cautious. Whenever they see something on the data, it’s a bit strange, they stop the car immediately just to make sure it’s not a day-ending stopping. It wasn’t the case, we could go out I think one hour and 15 minutes, one hour and a half after the car stopped, we checked everything and we went back out.”