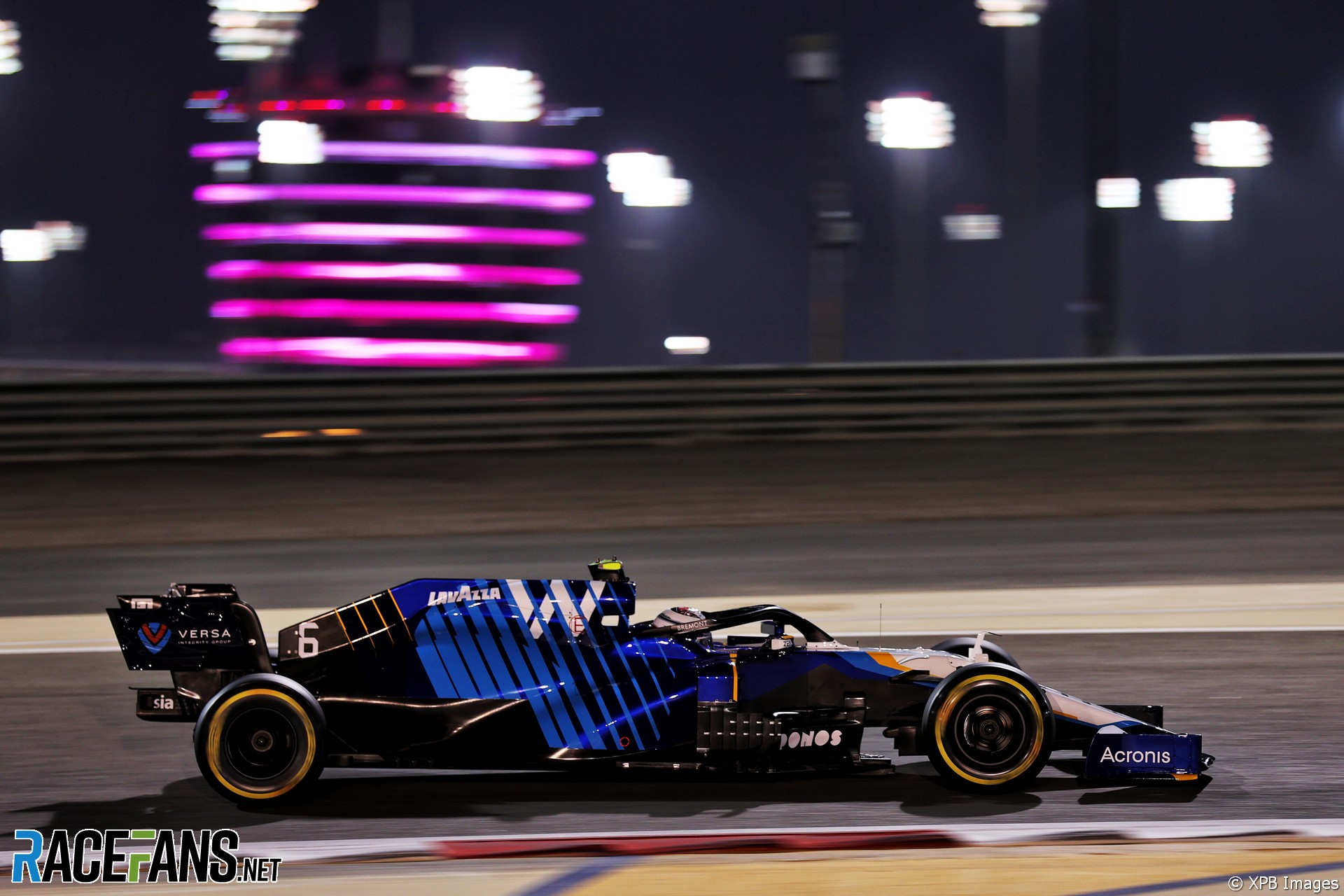 In the round-up: Nicholas Latifi expects Williams will be more competitive at the second round of the world championship in Imola.

Williams had a difficult start to the new season in Bahrain where strong winds upset the handling of the FW43B. Latifi, who retired shortly before the end of the race with a power unit problem, said he’s “excited” about the team’s chances at the next race as “Imola was obviously one of the tracks that seemed to suit our car much nicer last year.”

The Bahrain race turned out better for the team than they initially expected, he said.

“Despite the difficulties we faced, obviously the main problem was the engine, I think the car pleasantly surprised me in a few aspects comparing to how it felt in testing and last year.”

He expects the team’s performance at Imola will be more representative of what they can expect for the rest of the season.

“I guess [there] is a bit of hope and optimism on that side going to a track which hopefully has more stable wind conditions, a track that I think the layout of the track will suit our car better. We are curious to see how we’re going to perform and get a truer read on where we will be for the rest of the year.”

"It is really good to be with Trident, the car that they provide is really strong and we have made good progress already through the tests. The first time I sat in the car it was completely different, I felt completely comfortable."

Karaoke, Kobe Bryant and a keen eye for fashion: Getting to know the real Guanyu Zhou (F2)

"Possibly my new simulator as well – it’s the colour pink. I think that it’s the only pink one that has been made. I think it’s pretty cool and unique - better than going for a standard colour."

"I think some people are expecting that because I've won one, therefore I'm going to go on and do this one and then the next one,

"Do you think the likes of Lewis Hamilton would sign up if he hadn’t done the necessary due diligence (although sadly he wasn’t there – the optics presumably weren’t right)."

Does Miami look like a worthwhile addition to the F1 calendar?

I’m finding it very hard to be optimistic about this venue. Another Caesar’s Palace race.

Please add more races at proper race tracks instead of building facilities that will only be used once per year and need to be assembled and disassembled for the event. This is not sustainable. If F1 wants to race on the east coast go back to Indianapolis. Road America. Sonoma Raceway. Bring Watkins Glen up to grade one standards.
Sir Ryanoceros IV (@Ryanoceros)

Happy birthday to Roberttty and Browny!

Get the best of our motorsport coverage after every F1 race in your inbox – sign up for the free RaceFans email newsletter:

14 comments on “Williams will perform better at Imola, Latifi predicts”