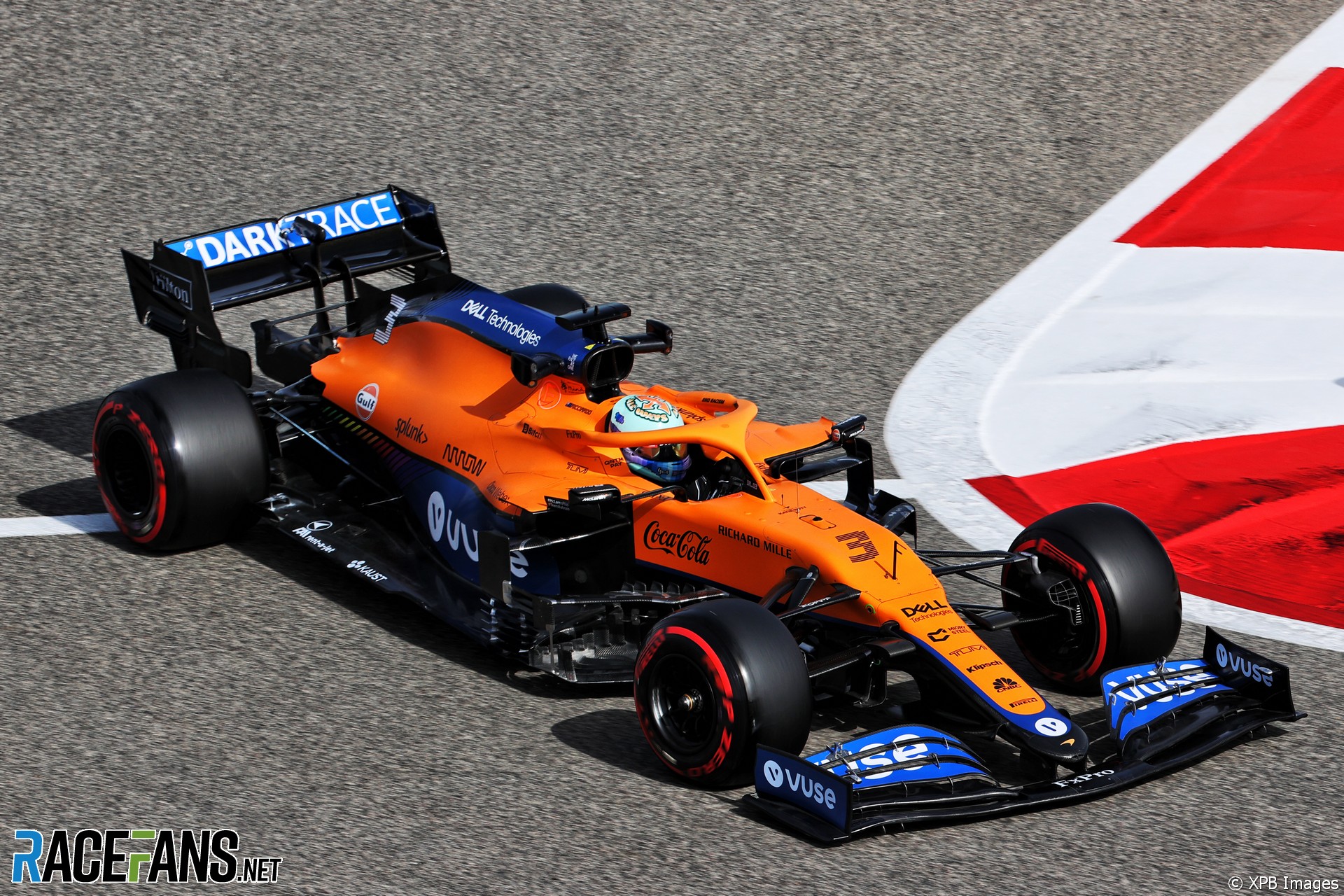 Daniel Ricciardo says he felt more prepared for his debut at McLaren than he did the last time he moved to a new team. But the former Renault driver admitted he isn’t sure when he’ll be fully comfortable in his new car.

Having made his second change of teams in three years, Ricciardo believes he’s in better shape this time.

“It’s hard to really know,” he said. “[From] previous experience with Renault, I remember specifically it was race three that I felt like finally I’d done a decent weekend. I’m not saying I was fully up to speed by race three, but that was like okay, I’d kind of got over that hurdle.”

Ricciardo said he felt “a little more comfortable and prepared” when he made his debut for McLaren, partly as he had fewer distractions in Bahrain compared to his home race.

“I do feel like I’ve started a step in front. But to know when I’ll be nailing a perfect lap, hopefully not too long, but I can’t answer that at the moment, I’m not sure.”

He was full of praise for how well McLaren have prepared him since he joined the team at the beginning of the year.

“I think they’ve worked me pretty hard over the last few months pretty well. They’ve done a pretty outstanding job to get me up to speed and I guess to educate me as much as possible with the team.

“Obviously I’m experienced in sport, but I think trying to really capitalise and maximise the new environment, it takes a lot of effort and time. So I think it will keep improving all the time.”