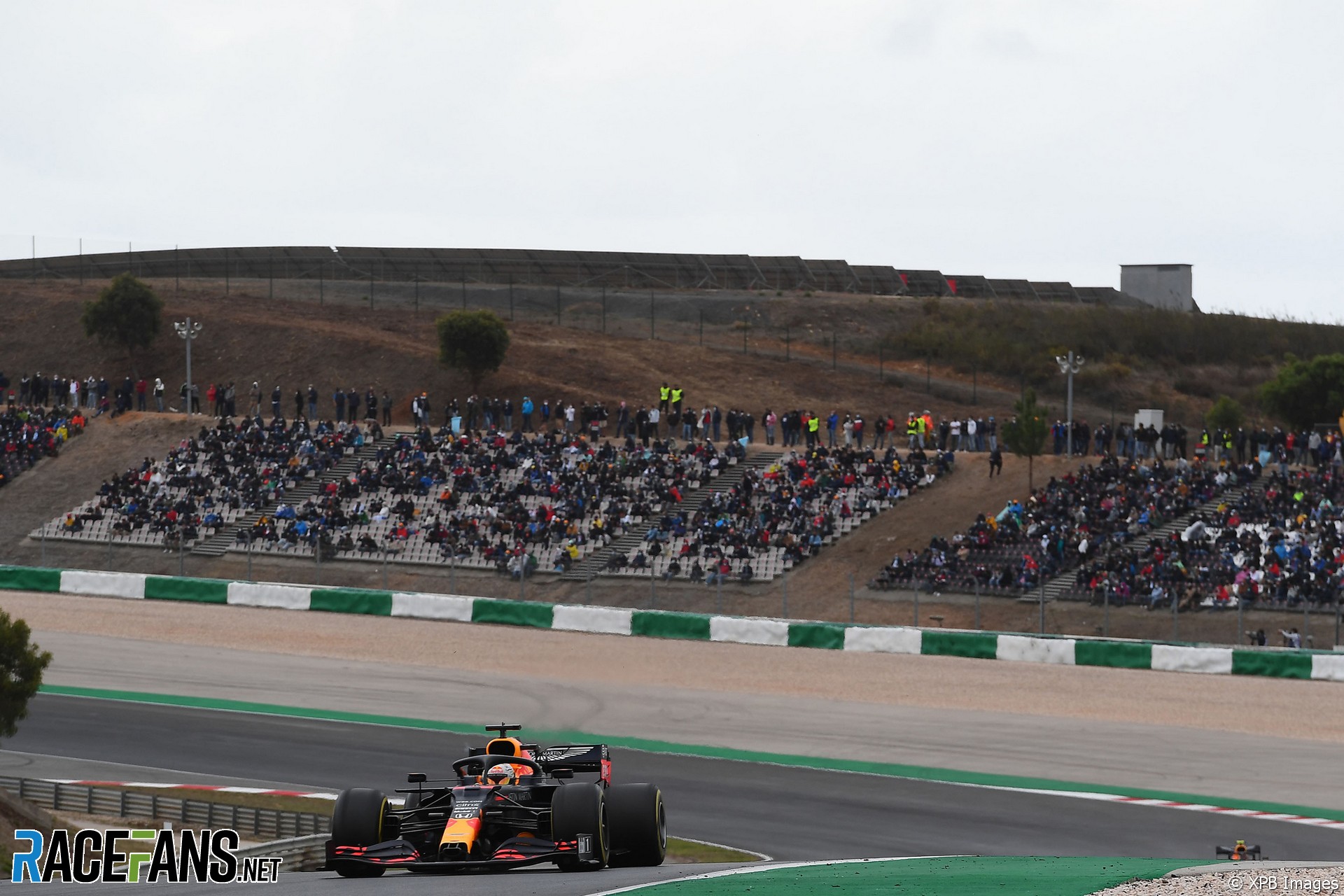 Track limits will be monitored from the off at this weekend’s Portuguese Grand Prix, using the less strict guidelines that last year’s race weekend finished with.

The opening day of Formula 1’s first event at the track last year was dominated by track limits concerns. Over the first two practice sessions 125 lap times were deleted for drivers running over the white lines that mark the edges of the track at the exit of the Primeira right-hander at the beginning of the lap and the crested turn four.

As a result, F1 changed how track limits was policed at those corners. Over the rest of the weekend, drivers who cut “behind the red-and-white kerb on the exit” at those corners were considered to have left the track. This distinction has been kept for 2021, and any lap time a driver sets while leaving the circuit at either of those corners will be deleted.

The exit of Galp, the long downhill right-hander turn 15 which ends the lap, is also being policed. The quick corner has an extensive run-off area. According to the race director’s event notes, “a driver will be judged to have left the track if no part of the car remains in contact with the track” there.

Any lap time a driver sets while leaving the corner at turn 15 will be deleted, as will the subsequent lap, due to the corner’s location.

If drivers exceed the track limits at any of those corners a total of three times during the race, they will be shown a black-and-white flag. A further transgression by the same driver will then be reported to the stewards. Last year Lance Stroll and Romain Grosjean were penalised during the race for track limits violations.

As at Imola two weeks ago, where Stroll and Yuki Tsunoda were penalised for separate track limits offences during the Emilia-Romagna Grand Prix, the limits will be policed in the same way in all sessions. In the season-opening Bahrain Grand Prix different interpretations of the rules were used in different sessions, leading to confusion during the race.

In a change for this year’s Portuguese GP, Pirelli have decreased the minimum starting pressures for the rear tyres from 20psi to 19psi to meet the very different demands on the rubber from the undulating Algarve circuit.