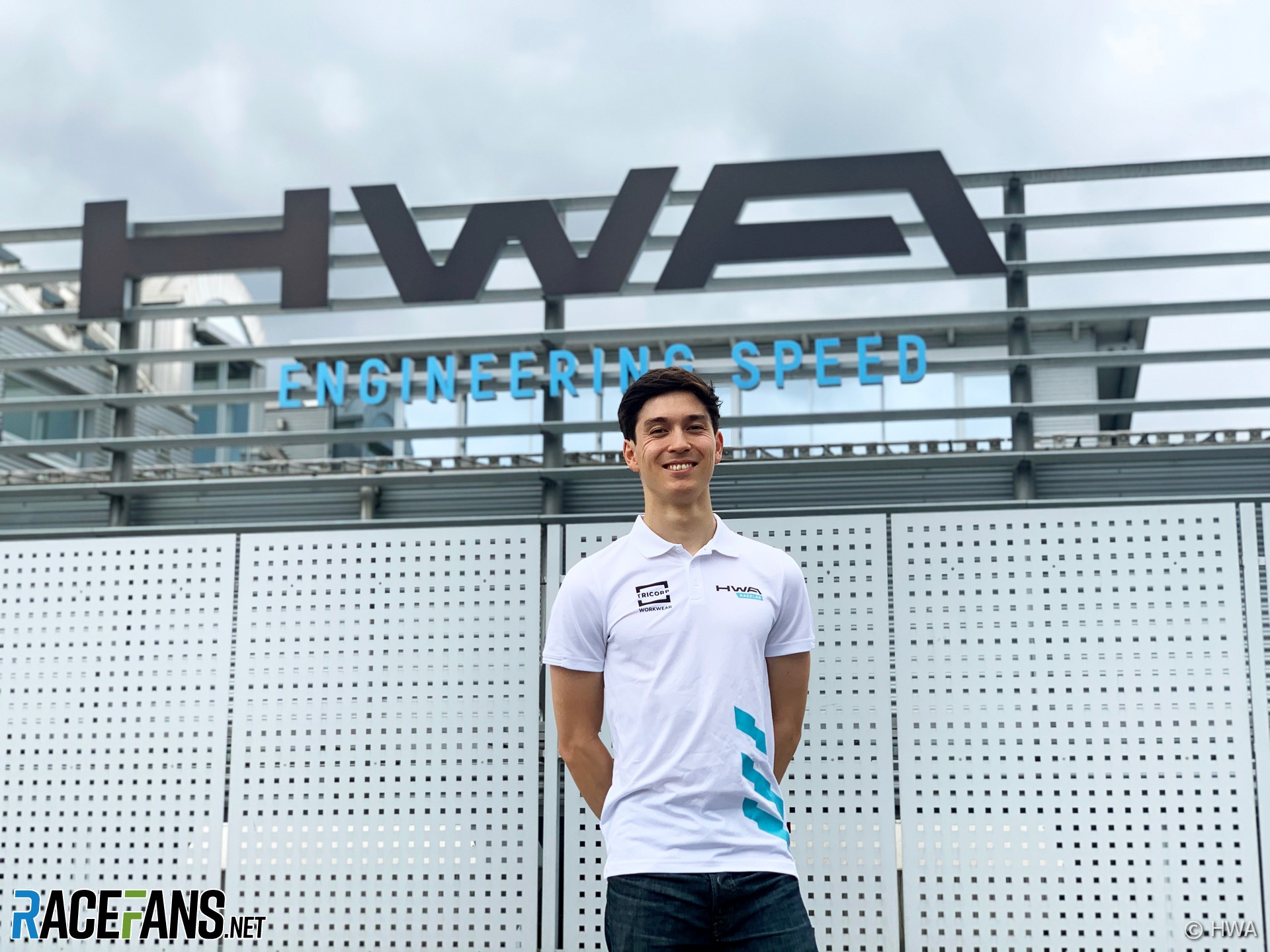 In the round-up: Jack Aitken, who made his Formula 1 debut in last year’s Sakhir Grand Prix, will make an unexpected return to Formula 2 in Monaco this weekend.

Aitken’s return to Formula 2 at this weekend’s triple-header in Monaco and the following round in Baku will come in place of Matteo Nannini at HWA. Nannini has abandoned his attempt to contest the series alongside his Formula 3 campaign, and will focus on the latter from now on.

A four-time race winner at this level, Aitken brings huge experience to the HWA team, which began their 2021 F2 campaign with an all-rookie line-up. He will partner Alessio Deledda for the upcoming rounds.

“I was surprised but also very honoured that HWA asked me to support the team in Monaco and Baku,” said Aitken. “They are two of my favourite circuits and it is going to be a real pleasure.”

Former Haas F1 driver Kevin Magnussen, who has previously indicated his interest in the race, was present to observe the action. He now races in for IMSA for Ganassi, which has four cars in this year’s 35-strong Indy 500 field.

Max Chilton, who missed the previous IndyCar round due to travel problems, returned to action for Carlin. His day was disrupted when an air hose to his helmet worked loose.

Hamilton’s 2010 McLaren to go on sale

A 2010-specification McLaren MP4-25 will be auctioned during the British Grand Prix, in what is believed to be the first time an F1 car driven to victory by Lewis Hamilton has been offered for sale.

The car, chassis number one, which he drove to victory in that year’s Turkish Grand Prix, is expected to sell for between five and seven million dollars.

Netherlands to get new F1 broadcaster

Formula 1 is to announce a new broadcaster in the home of one of its most popular drivers. Dutch broadcaster Ziggo confirmed yesterday it will relinquish broadcast rights in the Max Verstappen’s home country at the end of the season.

Following the recent changes to the grand prix schedule, the RaceFans #F1 calendar has been updated with all the revised races and session times.

Nice-Matin newspaper warning about first Monaco race in 1929: 'Any respectable traffic system would have covered the track with DANGER signposts, left, right and centre.'

Australian prime minister Scott Morrison on imposing quarantines on competitors to allow events like the grand prix to go ahead: "I think it’s a bit premature to be making those decisions at this point. What I would note, though, is it’s very different coming to Australia, because in most of the countries, they’re moving around in, Covid is riddled through those countries. Australia is not riddled with Covid."

"Bernie Ecclestone’s family solicitor, Stephen Mullens has been told to pay tax on £37m worth of ‘gifts’ he received from the former Formula 1 boss’s ex-wife, Slavica Ecclestone. Mullens received seven ‘one-off’ payments between the years of 1999 to 2013."

Are Ferrari contenders for the rostrum in Monaco?

This is probably Ferrari’s best chance to get on the podium on merit this season. Their car is very good in low speed corners and there are almost no other corner types in Monaco (except three medium speed corners: Massenet, Casino and Tabac). Plus they aren’t disadvantaged by their weaker power unit, as power and straight line speed/drag are irrelevant at Monaco.

They and Alpine are going to be the dark horses this weekend.
Srdjan Mandic (@Srga91)