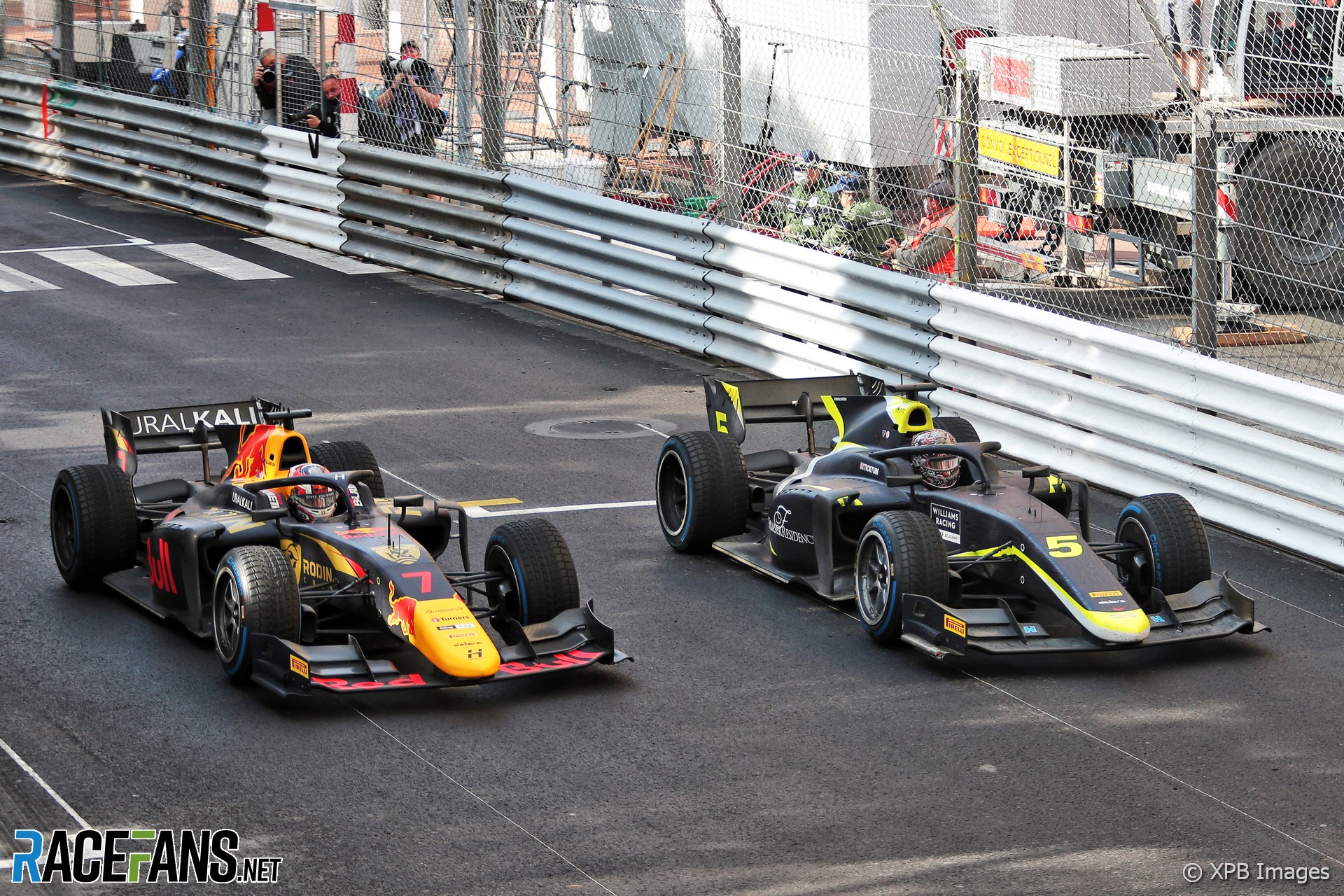 Liam Lawson has been stripped of his victory in today’s Formula 2 second sprint race in Monaco.

The Hitech driver’s car was found not to confirm with the technical rules. Dan Ticktum is therefore promoted to first place.

“A defined throttle pedal progressivity map programmed in position one of the steering wheel throttle map rotary knob must be used during all formation lap starts and race starts until the car speed reaches 50 km/h,” the stewards noted. “Car seven [Lawson] used a different throttle map at the race start.

“Having considered the matter extensively, the stewards determined that car seven was therefore in breach of the technical regulations and is therefore disqualified from the results of race two.”

Oscar Piastri therefore moves up to second place in the final classification while Piastri inherits the final podium place. Robert Shwartzman moves up into the final points-paying position and claims the bonus point for fastest lap relinquished by Lawson.