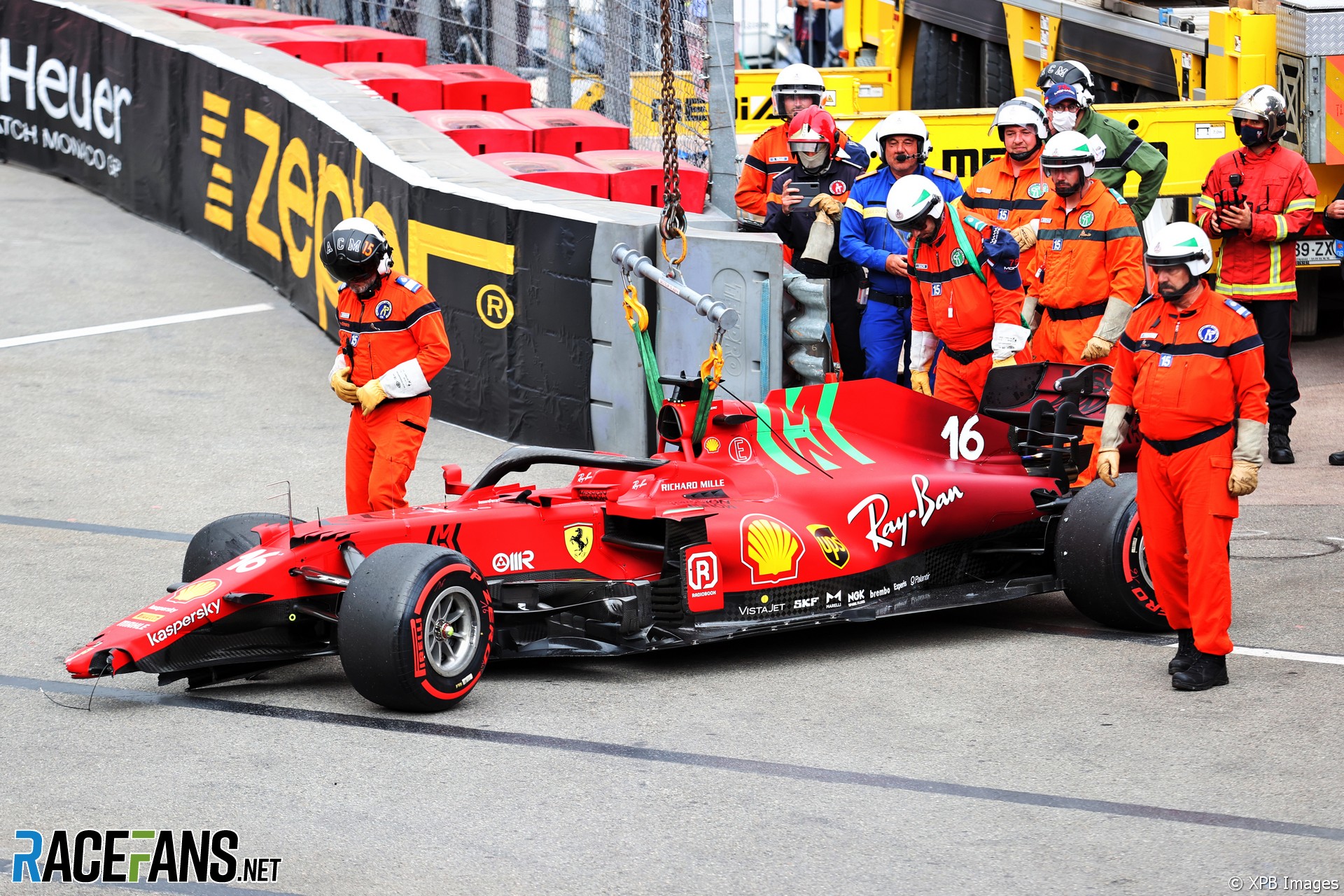 Charles Leclerc admitted he is concerned about the damage to his car’s gearbox after he crashed heavily while securing pole position for the Monaco Grand Prix.

Leclerc set a time of 1’10.346 before the final runs of Q3, putting him at the top of the times. However on his final timed lap he crashed heavily into the barrier on the exit of the swimming pool section, damaging the rear of the Ferrari.

Speaking immediately after qualifying, Leclerc he was worried his gearbox may need to be replaced, which would incur an automatic penalty. “I am just waiting for the mechanics to open the gearbox and find out whether it’s damaged or not,” he said.

Leclerc’s crash was very similar to the one Nicholas Latifi suffered during final practice. The Williams driver did not require a new gearbox when his car was repaired ahead of qualifying.

The Ferrari driver admitted the circumstances of the eighth pole position of his career felt strange. “It’s a shame to finish in the wall,” he said, “it doesn’t feel the same.

“But at the same time, I’m incredibly happy about my first timed lap, the first corner was quite tricky. I didn’t do a great first corner, but then second and third sector, I nailed it and I’m just very, very happy to be on pole.”

Ferrari showed potential in Thursday’s practice sessions. Leclerc was quickest in second practice. He said he had to manage his expectations ahead of qualifying.

“Obviously it was very, very difficult to manage myself mentally after FP2. I could feel I was quite emotional in the car.

“I told myself ‘now it’s Q3, now it’s time to put everything together’ and I managed to do so, so I’m incredibly happy. It’s tomorrow that we score points but I have to say that it’s a big surprise for everyone to be on pole and in fourth place for the race tomorrow.”