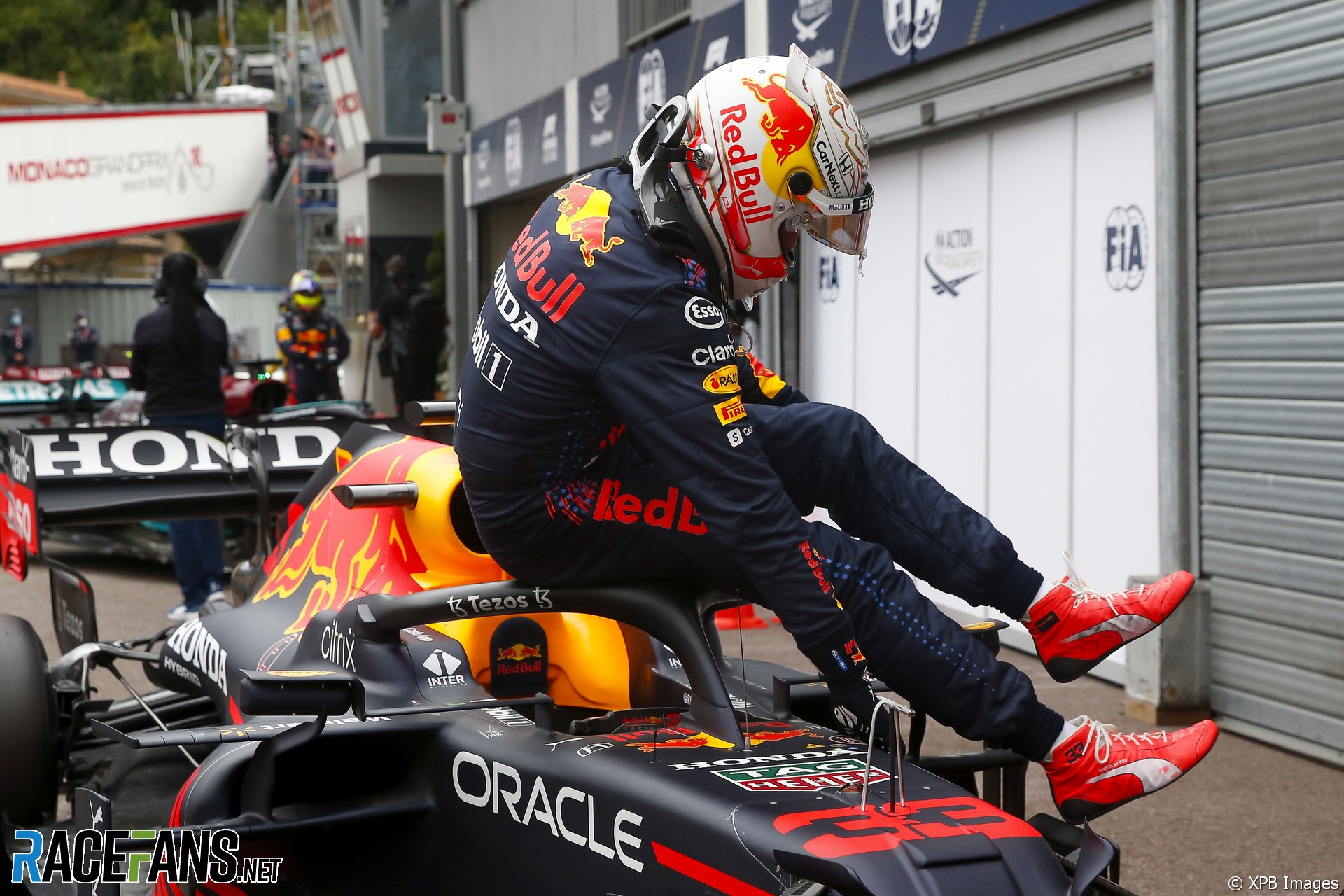 Max Verstappen is convinced he was quick enough to take pole position after being unable to complete his final flying lap in qualifying.

Charles Leclerc took pole position for Sunday’s race after crashing on his final run. That led to the red flags being shown, which forced Verstappen and several other drivers to abandon their final laps.

“It was unfortunate, of course, with the red flag because I felt really comfortable in qualifying just building up to it,” said Verstappen. “I think nobody was really putting a lap time in on the first lap, and that’s how we basically planned it out, to do basically two laps, and then your third lap is the fastest.

“It was all going really well, but of course the red flag ruined the chance for pole, but we’ll see. Nevertheless, I think so far, a very good weekend. We recovered well from from Thursday, so not too bad.”

Verstappen fumed when he was told to abandon his final flying lap in qualifying. “That was definitely on because I made a mistake in turn 10 the lap before and I just had more grip,” he told his team on the radio.

Race engineer Guillaume Rocquelin told Vettel he’d been “one-and-a-half [tenths of a second] up on the exit of [turn] eight.”

Team principal Christian Horner reassured him that he was still in a good position compared to his championship rival Lewis Hamilton, and pointed out Leclerc may incur a grid penalty through repairs to his car.

“It could be a chassis change, Max,” said Horner, “and you’ve got Lewis down in P7.”

“Of course it’s easy to have a red flag, but you don’t expect it,” Verstappen reflected out of the car after the session. ” So, of course you always plan around the best possible strategy. And it was working out well. It’s just a shame about the red flag.”

12 comments on “Verstappen convinced pole was possible before Leclerc crash”