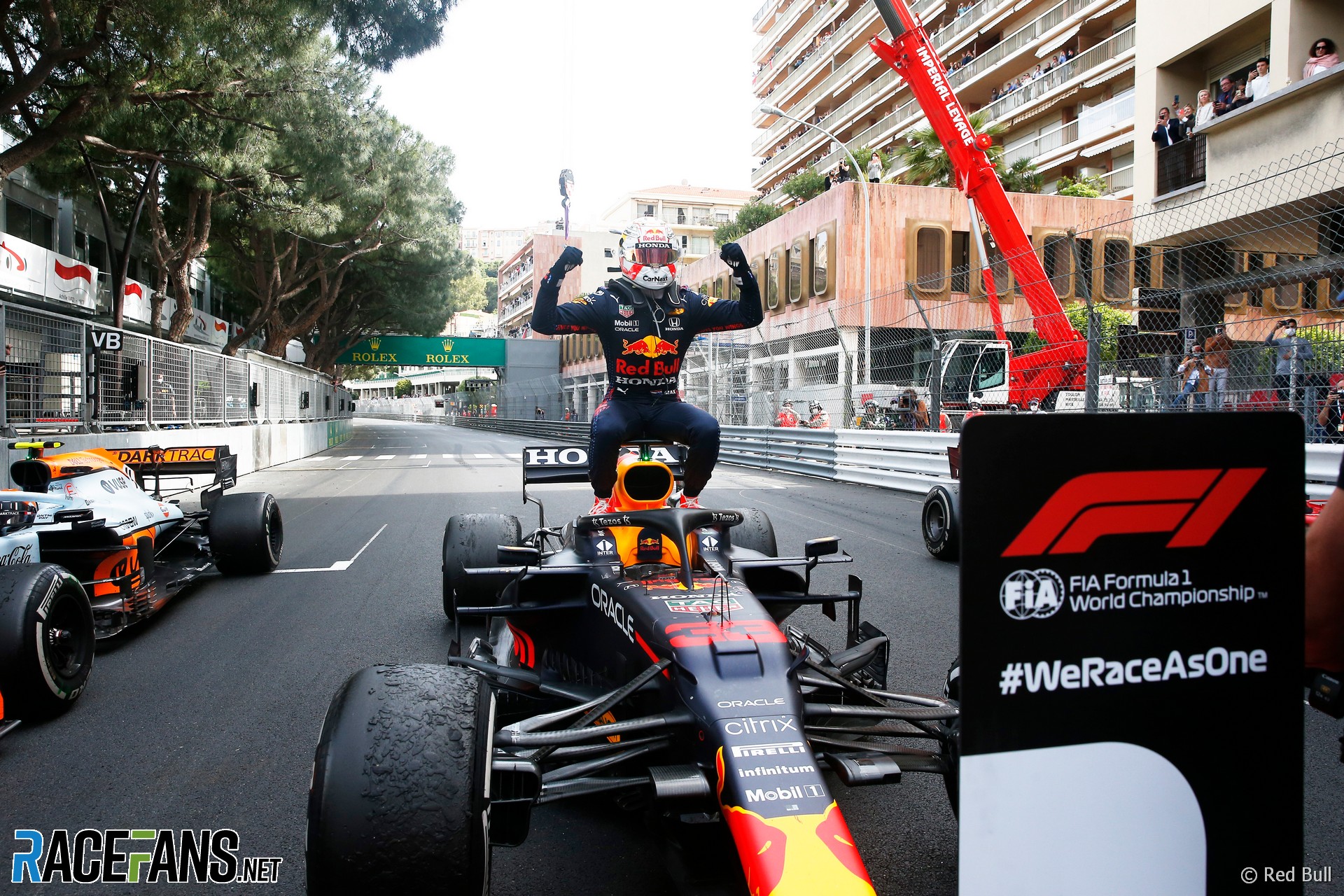 Red Bull team principal Christian Horner said it was vital they out-scored Mercedes on a sub-par weekend for the world champions in Monaco.

Max Verstappen’s victory moved him to the top of the points standings after five races. Sergio Perez’s fourth place meant Red Bull also took the lead of the constructors championship, as Lewis Hamilton was Mercedes’ only points-scorer in seventh.

“We leave here leading both championships for the first time in the hybrid era so that’s really encouraging. We know nobody’s getting carried away, there’s still an awfully long way to go in this championship, [but] to be as close as we are, at this stage, is very encouraging.”

Verstappen qualified second for the race but effectively inherited pole position when Charles Leclerc was unable to start. Ferrari discovered a technical problem on his car which had been repaired following Leclerc’s crash in practice.

“You’ve got to feel for them a bit,” said Horner. “Obviously they made a calculated risk and it didn’t pay off.”

Leclerc’s crash prevented Verstappen from being able to complete his final flying lap in qualifying.

“Max was disappointed yesterday,” said Horner, “we didn’t get to see what that lap could have delivered. But he dealt with his frustration well and came out today and when the opportunity presented itself, he took it with both hands.

“Also today Checo drove a very, very strong race. So a great performance from him as well.”

Verstappen kept his lead at the start and was never seriously threatened during the 78-lap race.

“Max benefited from, obviously, Charles’ misfortune so it’s bad luck for them today,” said Horner. “But Max really took control of the race from the start and literally controlled the whole afternoon. He was quick when he needed to be, was looking after his tyres very well and [did] a phenomenal performance.”