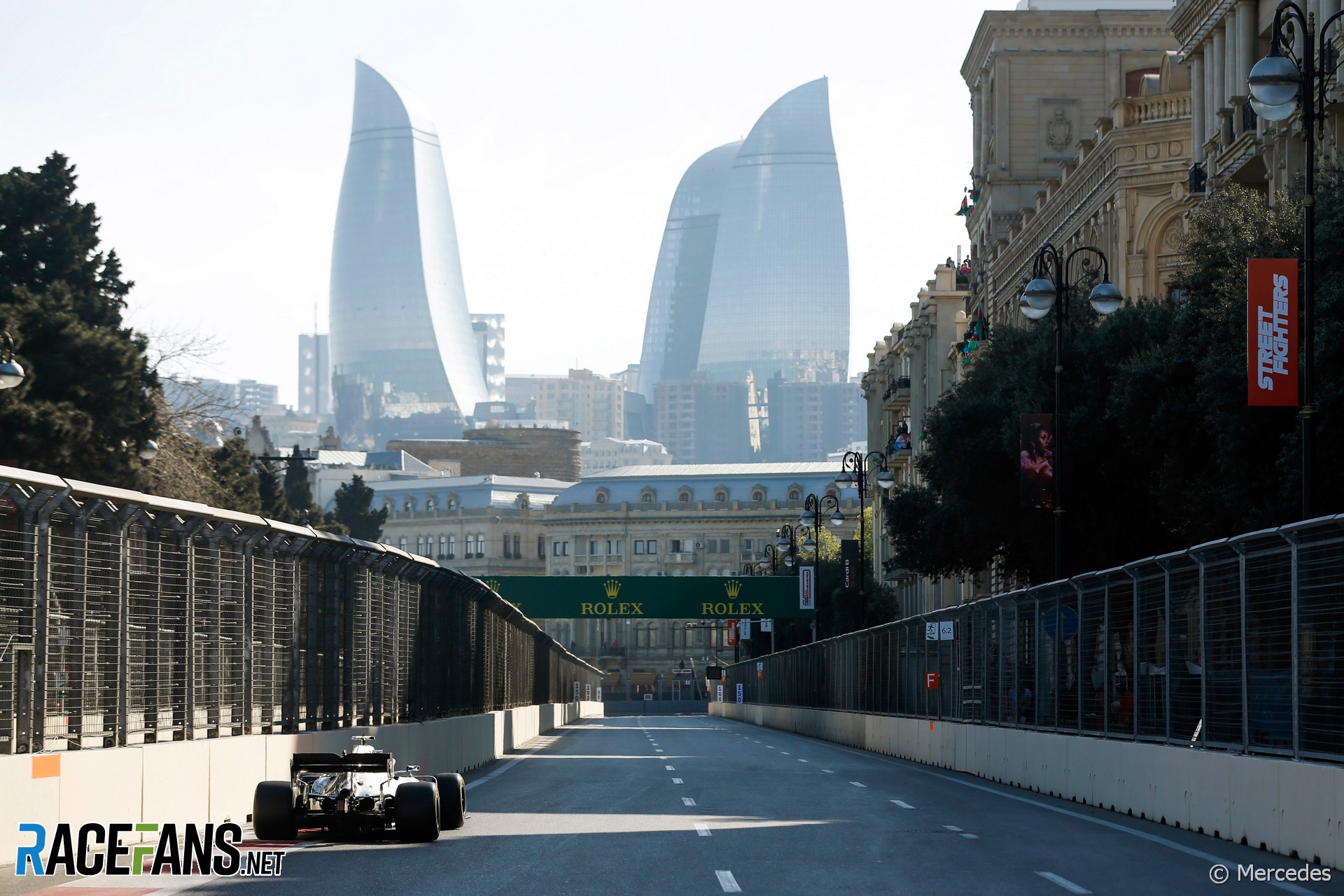 The 2021 Azerbaijan Grand Prix will be run in considerably warmer conditions than its last edition, in 2019.

With air temperatures around 7-10C higher for this year’s race, teams may face greater challenges in managing the performance of their tyres.

The Azerbaijan Grand Prix is being held several weeks later in the year than previously – the race had a late-April slot in 2019. As a consequence, temperatures will be higher. The average across sessions in 2019 was in the teens, with the three practice sessions hitting a maximum of 17C air temperature, compared to an expected 27C for 2021.

Qualifying and the race should see air temperatures will into the mid-twenties, with a maximum of 26C predicted.

Pirelli has brought its softest range of rubber to the Baku City Circuit, which sees some of the highest speeds of the season. The C3, C4 and C5 compounds were used in Monaco a fortnight ago, but the demands of Baku’s long acceleration zones are very different, especially as the principality was relatively cool for its race.

That might prove an advantage to Mercedes, who were in all kinds of trouble with their tyres two weeks ago. Track temperatures were well into the 40s at Baku two years ago, and should be warmer this year. Mercedes were in much better shape during Thursday’s practice in Monaco before temperatures fell over the rest of the weekend.

Williams and other teams which have cars that are particularly sensitive to wind will be regarding the forecast with concern. Friday running should be in comparatively calm conditions, from 15-25 kph wind speed but the wind will pick up for both qualifying and the race to around 20-30 kph, but with gusts of up to 50kph possible.

There is no risk of rain over the weekend. However, track temperatures could vary significantly on Saturday with the morning set for full cloud cover during final practice and the afternoon in bright sun. Race day should also be sunny.