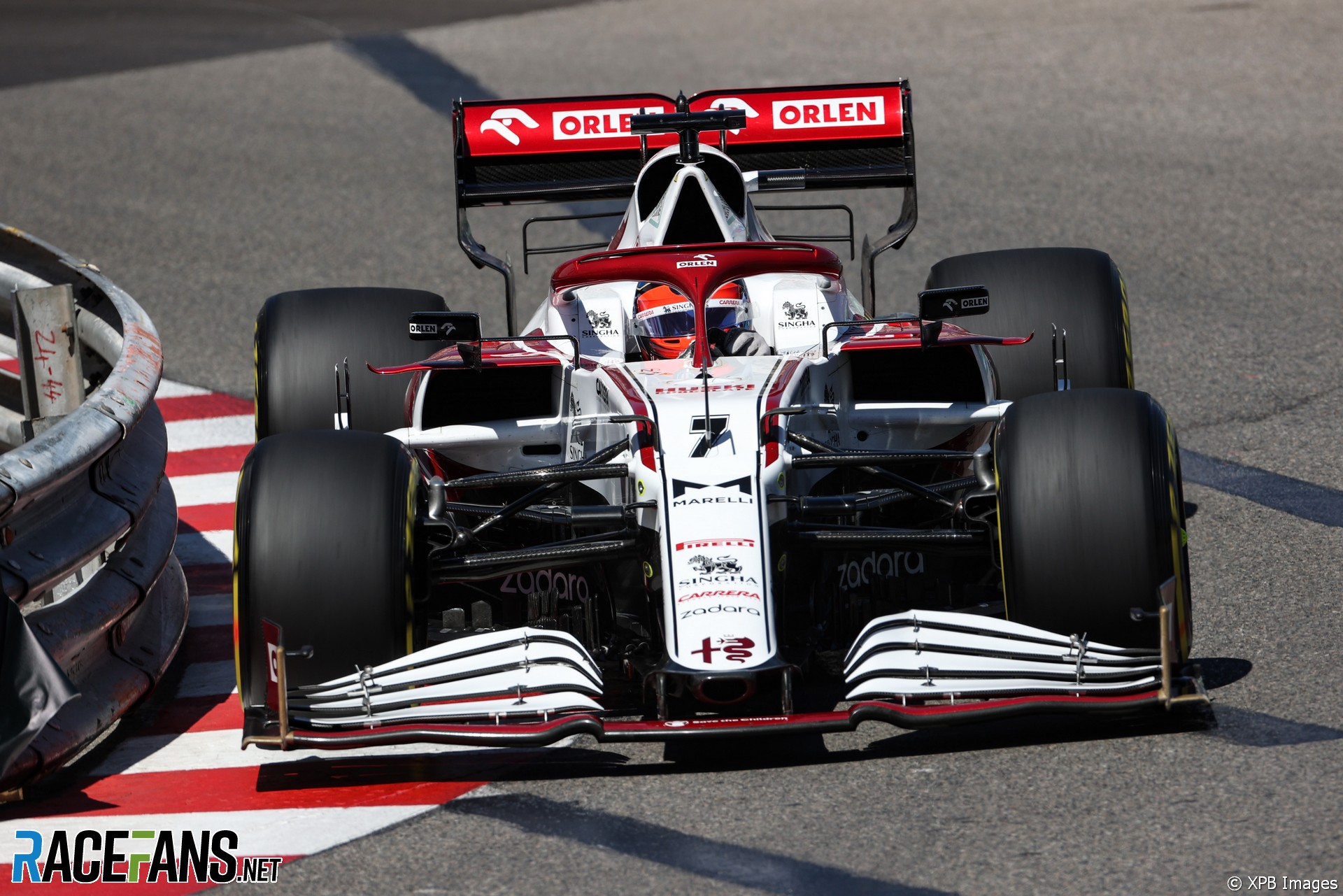 In the round-up: Alfa Romeo team principal and CEO Frederic Vasseur says that the possibilities of a “chaotic” race in Baku, combined with the city sector that may suit their car, could give his team opportunities this weekend.

“We showed that on this kind of layout we are performing” said Vasseur after Antonio Giovinazzi scored their first point of the season in Monaco. He is hoping for more of the same in Baku.

“Probably it will be the same as Azerbaijan. But in Azerbaijan you have two different parts of the track.

“Like Macau, you have the city and the philosophy of this part of the track is quite close to Monaco. Then you have the 2.5 kilometres of straight line and this will be probably a bit more difficult. But it is like it is.

“We scored one point, I think it’s good also for the confidence of Antonio, of the team that okay, we are improving step by step, weekend after weekend. And this is the most important for me.

“But Azerbaijan, we all know that the race is a bit chaotic. We will have probably all the opportunities in Azerbaijan and we have to do the job to be in front of the other cars. Let’s see what happens.”

Hamilton speaks up for Osaka

Lewis Hamilton has come to the defence of Naomi Osaka following the tennis ace’s decision to withdraw from the Roland Garros French Open tennis tournament, having refused to participate in press conferences which she described as damaging to her mental health.

The F1 champion shared her statement announcing her withdrawal, saying it was prompted by her experience of suffering “long bouts of depression” after the 2018 US Open, and that press appearances caused her “huge waves of anxiety”.

“Mental health is not a joke, this is real and serious,” Hamilton wrote. “This takes a lot of courage to do. Let’s all make sure Naomi knows she’s not alone. Today is a good day to check and ask your friends and loved ones how they are doing and let them know they are not alone.”

After Hamilton accused F1 of having become a club of billionaires’ sons, Mercedes CEO Toto Wolff said junior series must become cheaper so more talent can be showcased to top teams.

“Drivers have always come from different backgrounds. Everyone has his story and his things to cope [with] and I doubt that the adults, the kids from a more privileged background have had it easy all the time, they are fighting their own demons.

“In that respect, I think what we can do is make sure that grassroots racing becomes more affordable. So kids that haven’t got any financial background can actually be successful in the junior formulas.

“So all the big teams and big Formula 1 teams are able to identify those kids rather than making it so expensive that a good go karting season costs you 250,000 and an F4 season 500,000 and an F3 season one million. That is a total absurdity, which needs to stop. Because we want to have access, I think we need to give access to kids that are interested in go karting the opportunity to race for much more affordable budgets.”

PlayStation 4 will get Gran Turismo 7

The next edition of PlayStation-exclusive race franchise Gran Turismo will be released for the previous generation of the console as well as the new PS5. “Where it makes sense to develop a title for both PS4 and PS5 — for Horizon Forbidden West, the next God of War, GT7 — we’ll continue looking at that,” said head of PlayStation Studios Hermen Hulst.

I didn’t receive my Test To Fly certificate in time to fly to Baku. I’m on the bench this weekend. But the racing gods provide – it happens to be the first race in 2021 @LeeMcKenzieTV blesses us with her presence🙏🏼 So like you I’ll be in for a treat sat and sun from 5.30pm @C4F1

Hirakawa to miss round four at Sugo (Super Formula)

"Toyota Gazoo Racing and Team Impul released on June 2, 2021, that Ryo Hirakawa, who is currently second in points behind Tomoki Nojirii in Super Formula, will participate in a World Endurance Championship (WEC) test in Portugal. Due to Covid-19 protocol measures that are in place, Hirakawa will not be able to participate in Super Formula round four at Sportsland Sugo on June 19th and 20th."

Then and now: timing is everything in Formula One (McLaren)

"A big change for F1 was the advent of live timing, piped directly to the team. Very useful for all concerned – except perhaps the driver, strapped into the car and not usually able to see a monitor."

"Baku has been described by drivers in the past as having the complexity of Monaco with the speed of Monza. While this isn’t precisely the case, it gives a good insight into the nature of the fastest and longest street circuit on the calendar from a driver’s perspective."

Dan Rooke says that Ferrari’s increased performance this year shows that the power unit development freeze could be a great way to see new differentiations between team performances and potentially much closer racing.

When engine freezes were first mentioned last year I was sceptical – I’m not a Ferrari fan, but I like to see them do well and I think they have the best driver line-up I’ve ever seen them have. They were so way off the mark last year that freezing their weakness into the car for several years seemed bonkers.

But they’ve been able to engineer new ways to replace the “solution” they previously had, and Honda have been impressive in terms of performance and reliability. Both look really racy.

So I’m excited about the engine freeze, different track characteristics will favour some over others, and if the engines are fairly level then it seems like a great way to save money and focus on the new formula. Renault/Alpine are the only team I have reservations about, I’m not sure how great they are – perhaps it’s just because only 1 team uses the power units, but clearly Alonso is convinced that they have potential otherwise he wouldn’t have come back to the team.
@geekzilla9000