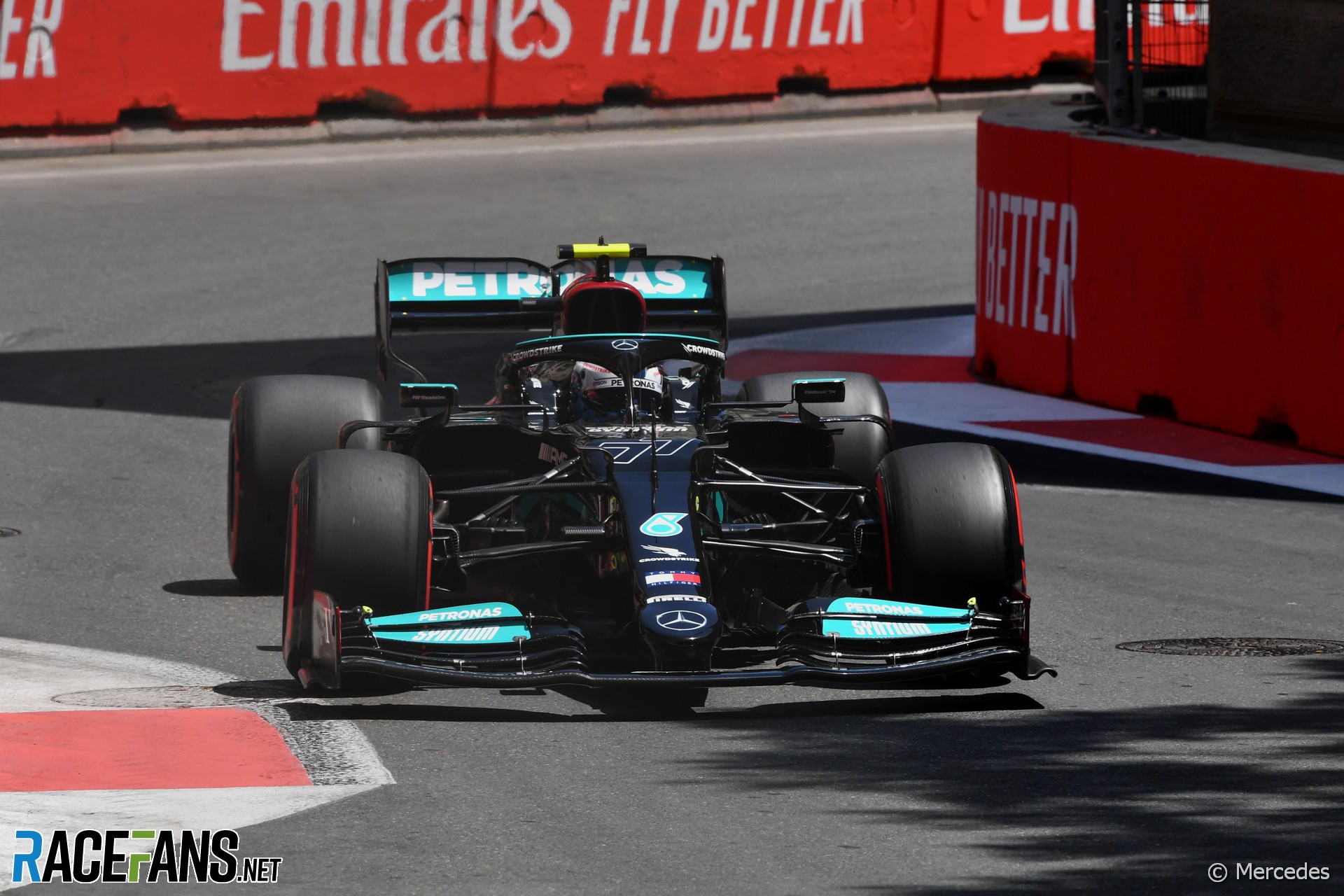 Bottas finished this morning’s first practice ninth fastest, with team mate Lewis Hamilton seventh. The pair slipped further down the other in second practice, neither reaching the top 10, with Hamilton 11th and Bottas only 16th.

Bottas said his car felt “slightly better, maybe, in the long run but still we’re lacking pace and that’s for sure.”

“So I think there’s something fundamentally wrong and we need to figure out what,” he added.

He admitted the team face “a long night tonight” in engineering meetings to work out why they were over a second per lap slower than the Red Bulls.

Mercedes arrived in Azerbaijan hoping to rebound from a difficult weekend in Monaco. But Bottas said Baku had, so far, gone worse than they had anticipated.

“It was tougher, yes. Monaco wasn’t easy, but, at least we were more or less there by the time of qualifying and now we seem quite a bit off.

“So it’s been, definitely, a more challenging day than we anticipated and we need to find out exactly why.”

Bottas said he couldn’t work out yet what was causing the lack of grip. “Not yet, but we’ll find out.

“Honestly, the main thing is the lack of grip and for that there can be many reasons. So at the moment, I don’t know. Not an easy day. And a lot of work to do.”

“It feels like it’s just overall grip, the balance is not that far off,” he added. “Okay, the car is maybe a bit unpredictable, but it just feels like it’s lacking grip and sliding around.”

14 comments on ““Something fundamentally wrong” with Mercedes – Bottas”